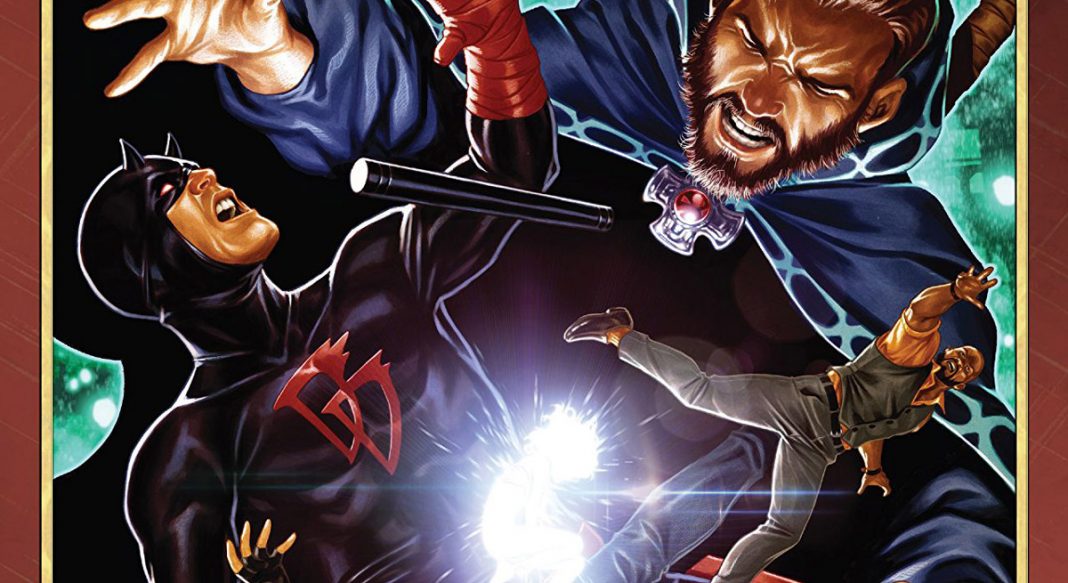 This week’s Secret Empire #2 raises the stakes for the superhero led resistance against Cap’s Hydra, and raises the plot’s ante with a twist that is sure to have you all in before the turn! 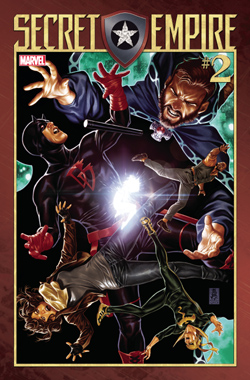 Enveloped in perpetual darkness, Manhattan has been consumed by the Darkforce Dimension. Survivors must contend with scavenging for scarce supplies while criminal organizations vie for control and interdimensional demons move through the shadows. There is a great sense of tension in these first few pages, as the Defenders are placed in a scenario that amounts to survival horror. The premise would make for a great series all on its own, and this may be a case where tie-ins are totally justified to pick up.

Meanwhile, the resistance headed by Black Widow, Hawkeye and Tony Stark’s ghost has to make some hard choices on how to put an end Cap’s reign of terror. With one side looking to take the fight to Hydra’s neck, and the other searching for a way to save Steve from the proverbial chopping block, writer Nick Spencer has brought on the momentum needed to make the rest of this series a real page-turner. Spencer does a reasonable job of balancing the story, which currently sits divided among five segments (and a possible sixth introduced on the last page) each compelling in their own right. There are too many moving parts to give them all their due attention, so he plays a little loose with some elements. For instance, how Tony and the gang learn about the Cosmic Cube’s role in matters at hand feels pretty contrived. Cap also continues to disappoint as a villain—and then the last page happens—calling further into question why Spencer didn’t just let him off the chain from the get-go. These missteps aside, Secret Empire #2 injects some much needed tension and intrigue where issue #1 felt lacking.

The art as well takes a much needed leap into AWESOME, as Andrea Sorrentino continues on from his outstanding performance in the FCBD issue (which gave us a look at the battle on day one of Hydra’s invasion, and where Cap picks that thing up… AWESOME). Anywho, Sorrentino is one of the most creative artists in comics when it comes to layout (see below), so his contribution alone makes this comic a seller. I also can’t complain about fill-in art when it is Rod Reis who steps in to render the last few pages. What you can complain about is that Marvel keeps teasing us by not giving him a full issue to draw!

If you’ve been on the fence about Secret Empire up to this point, issue #2 might tip you in the direction of getting on board. Stay tuned to see if this sucker can continue to maintain its integrity or, if like Hydra, will come apart under the weight of its own ambition. -Keli 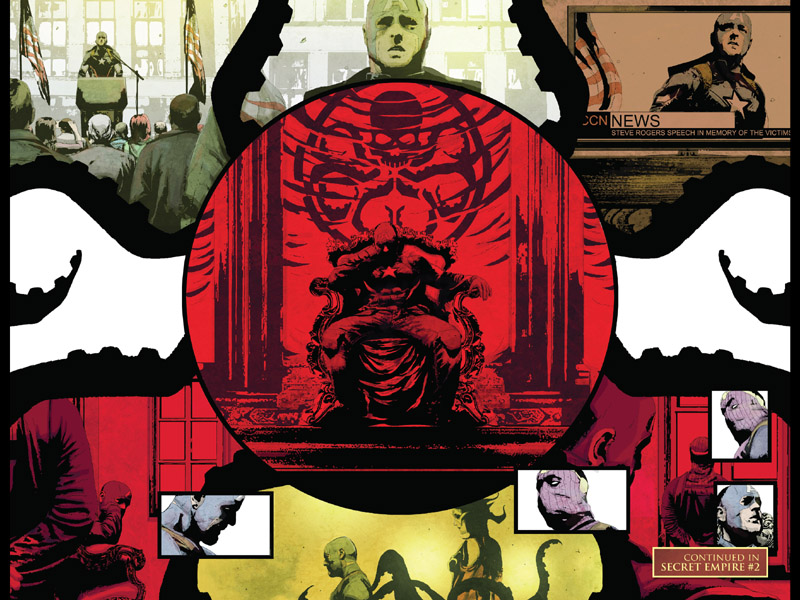