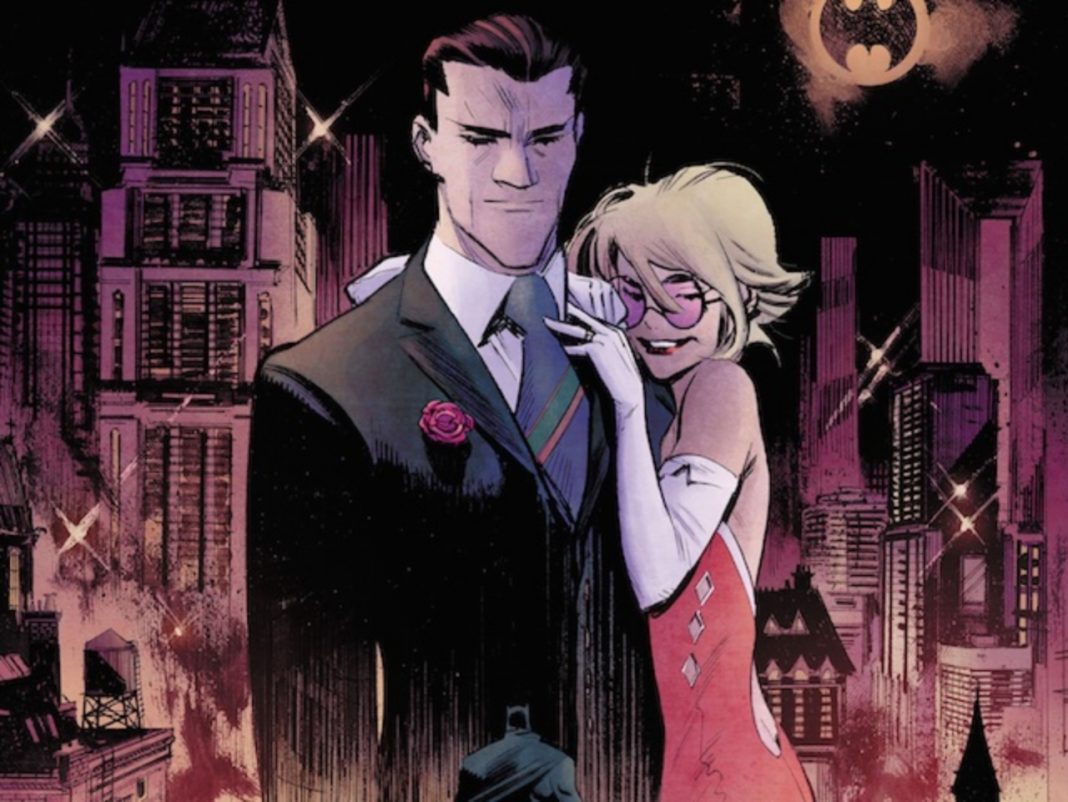 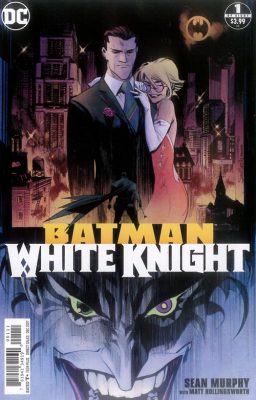 What If . . . DC put out a what if comic that was way better than any What If comic I’ve ever read? Then it would probably be called Batman: White Knight, and that’s no joke. Batman: White Knight brings us a world in which the Joker is cured from his insanity and on a mission to save Gotham City from the Batman. If that last sentence doesn’t make you want to read this book then you are as insane as the standard clown prince of crime.

Relationships can be complicated for many reasons. They can be muddled by long distance, or plagued by the fact that one partner is a human while the other is an inanimate object. However, more commonly they suffer from the fact that one person dresses like a bat and the other is a psychotic clown. In this comic, we see what happens when the above relationship finally hits it’s breaking point. When Batman finally crosses the line, he sets off a chain of events that could lead to the end of his crime fighting career. Does a newly reformed/no longer crazy Joker, have what it takes to right his wrongs and put an end to the menace known as Batman? I have no idea, since this is unlike any Batman story I’ve ever read. However, I can’t wait to find out! 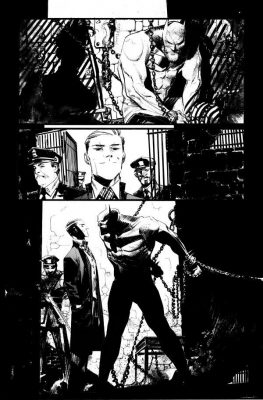 Man Of Many Talents

Sean Murphy (Punk Rock Jesus) brings us a fresh new Batman story, which promises to bring us a Gotham full of the unexpected and downright unheard of. One where the Joker is the good guy, and the Bat is apparently locked up. Crazy stuff!

The best part is that this book is placed outside of continuity, so anything can happen and anything goes. So far Murphy gives us a page turner of a story, which leaves you full of questions. He starts with set up for a story in which a cured Joker requests the help of an imprisoned Batman, then takes us back in time to show us how all this is even possible. I expect a lot from this 8 part series, and if this issue is any indication I’m sure I won’t be disappointed. I’m guessing Murphy will keep us guessing ‘till the end, as well as thoroughly entertained with his new and improved Joker. Whatever happens, it’s sure to be a real gas.

To make things even better, Murphy backs up his intriguing story with his amazing art. I first experienced and loved his work from “The Wake” series he did with Scott Snyder, and if anything he’s only improved. His illustrations are stunning and really accentuates the gothic look of Gotham and it’s residents. He also brings us very detailed pages with lots to look at, and many details to pick out. I especially love page 20, it shows a very detailed slightly comedic look at the inside of Jokers heavily decorated cell. He also draws a very menacing Joker, who wears the sh**t out of a sweet Batman T. The man is a master, and I look forward to seeing what great visuals he brings us next.

Make It A Knight Night

If you love Batman, you’ll definitely enjoy this interesting take on the character and his insane archenemy. The intriguing twists and stunning art will make this book a great addition to your ever growing Batman collection. If you like this, make sure to check out Dark Nights Metal. Right now is the ultimate time for original and extremely entertaining Batman books. Do yourself a solid and do not miss out! 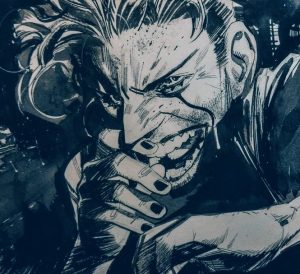