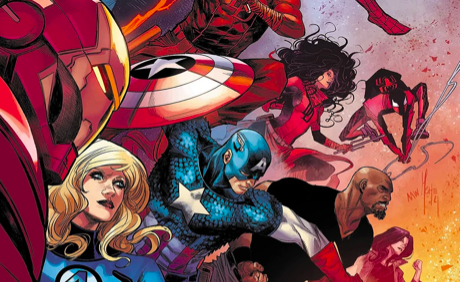 After being elected New York City’s mayor due to his activities under the Darkforce Dome, Wilson Fisk has been quietly amassing both political power and an underground army of supervillains. To test the effectiveness of his recruited villains, the Thunderbolts were dispatched against the Symbiote Invasion to a desired outcome. Now, with meticulous intelligence gathering and patient machinations, Fisk is ready to use his accumulated resources in order to finally rid his city of its costumed vigilante problem. Outlawing vigilantism to declare war on heroes from street level to even earth’s mightiest, Fisk will unleash even their own dark secrets against them. No hero is safe from Fisk bringing his vision of order to fruition.