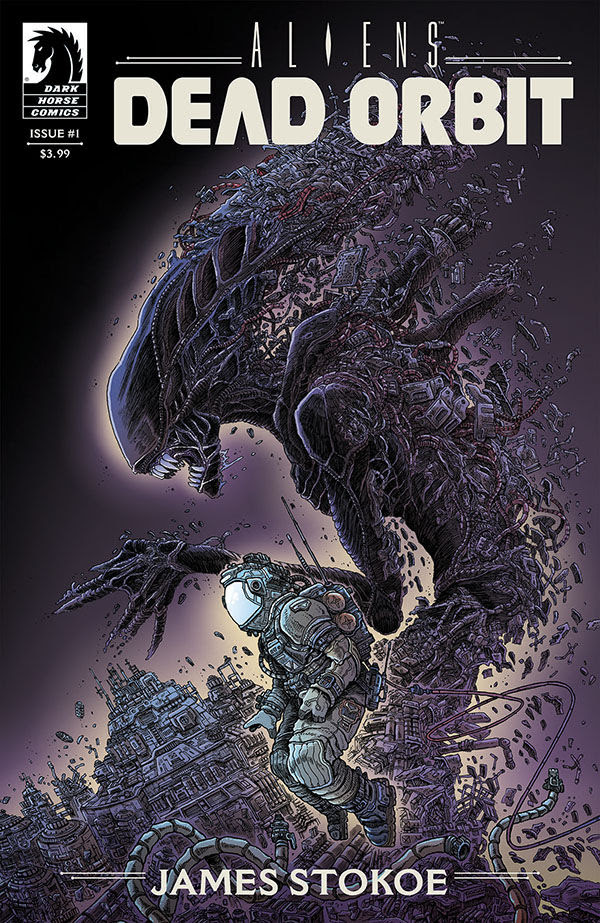 Written and Illustrated by James Stokoe 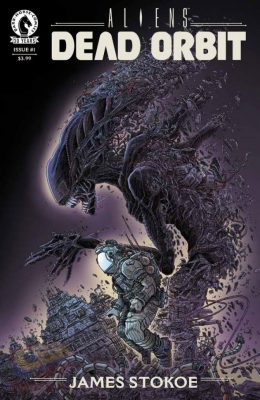 Make sure you read this book in an empty space, that way no one can hear you scream . . . and you can keep what tiny amount of street cred you have. I must admit that this is actually the first Alien comic I’ve read, and there is no good reason for that. I love the movies, love the games, and I’m more than excited for Alien Covenant! I think the only reason I haven’t until now is because I knew I’d want to read everyone ever made, which would empty my bank account, cause me to lose my house, and send me down a dark “Bad Santa” type path until it’s . . .  Game Over Man! Game Over! However, I took the risk and I’m more than happy with the outcome.

Aliens: Dead Orbit is written and illustrated by James Stokoe (Godzilla in Hell), and tells the kind of story Alien fans have grown to love. In this comic, an engineer is stuck on a space station with our favourite extraterrestrial (sorry Spielberg, no one can say you haven’t tried), where he is forced to use his skills, tools, and wits to survive. Dead Orbit tells two stories- one in the present and one in flashbacks- both promise to be suspenseful and exciting. The plot is standard Aliens stuff, and sure to please fans of the franchise. However, I’m sure Stokoe has some tricks up his sleeve, and will spin us a plot full of twists and holy shit moments. There is already such a moment on pages 14 – 16, where things really start cooking. Now to talk about the art. I really love the art in this book! It’s the best thing I’ve seen since I saw Sigourney Weaver in her underwear way back in Alien. Which on a personal note was the last time I was attracted to Sigourney, not that you wanted or needed to hear that. Anyway, dat art tho. I think it’s a great gritty style that captures the grundy scifi look that (in my opinion) made the films so great. This art style paired with the use of darker tones and colours work well to portray a grim and suspenseful mood throughout the book  Plus I really like the way Stokoe draws the Alien. Bad @$$! Like framed poster and/or statue material. I can’t wait to see what he’ll bring to issue two. 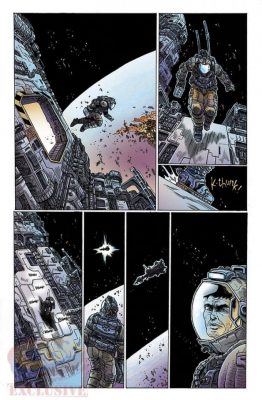 To sum it all up. There is nothing in this book to b word about, and it’s a book you definitely don’t want to get away from. In the end I don’t even need to review this, because the amazing cover should be enough to make you grab it. Pick up this book, and revisit all the gory reasons why you should never look inside an alien egg.

P.S. I lied earlier on in this review. I was also attracted to Weaver in Ghostbusters. I mean come on, who didn’t want to be the keymaster to her gatekeeper?
-Chad Colpitts (Independent Comic Creator @TiCComics)