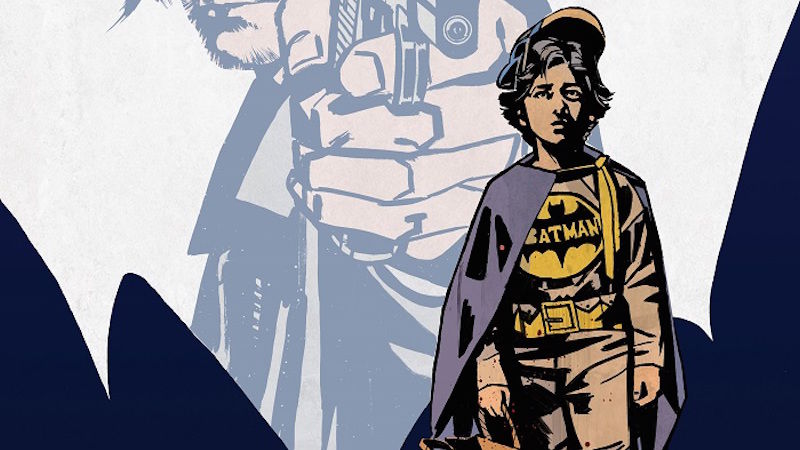 Batman: Creature Of The Night – Written by Kurt Busiek and illustrated by John Paul Leon 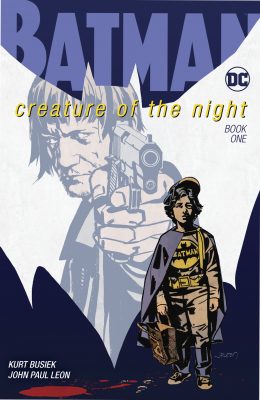 Tired of the same old Batman books? Get ready for a brand new creature . . . No one knew the story better than big time Batman fan Bruce Wainwright. Boy orphaned by an unexpected act of crime, grows up with the obsession to avenge his parents and protect his city. The perfect story for a comic book, but what happens when the comic’s plot becomes reality? Unfortunately for Bruce Wainwright he’s about to find out . . .

Batman: Creature of the Night, gives us a gritty parallel Batman origin with an intriguing supernatural twist. The story by Kurt Busiek (Astro City) is creative and gripping. Sure he is telling us the origin we know by heart, but he does it in a fresh way that still manages to surprise. The narrative is also done in a clever fashion which moves the story on in a steady pace, while still giving you tons of information and character perspective. He 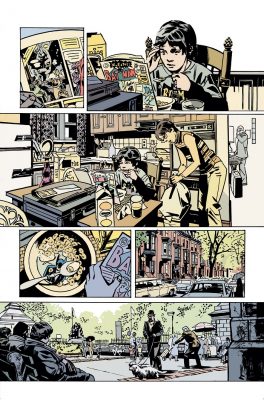 does this, by splitting it between Bruce Wainwright and his Uncle Alfred. The different viewpoints of the two characters, work to present the readers with two possible explanations of the transpiring events. Bruce’s side leans you towards believing that something otherworldly is behind things, while Alfred’s view is from a more psychological standpoint. Alfred’s side is also done in handwriting so if you can’t read that, then you are out of luck. Don’t blame Alfred though, he can’t help that’s he’s fancy af.

The art in this book is fantastic! John Paul Leon (Scalped) has a interesting style that fits well inside the pages of a crime book. Leon gives the crime infested city of Boston a very noir type look, which helps lock in the feel of the older pulpy era of comics. He also gives us some creepy visuals and delivers a menacing bat creature worthy of the title. The scenes that portray this THING leave you wanting to see more and wondering what the hell IT is.

This fresh look on an old tale is definitely worth the read. It’s the kind of story that’ll keep you guessing and interested from the moment you crack it open. A creative plot and top notch art make it a guaranteed win. Batman fans and fans of the supernatural should both be enthralled by this story, and it shouldn’t disappoint either. 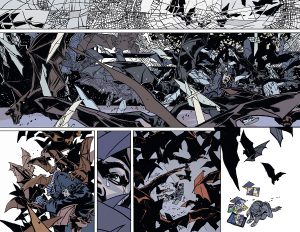