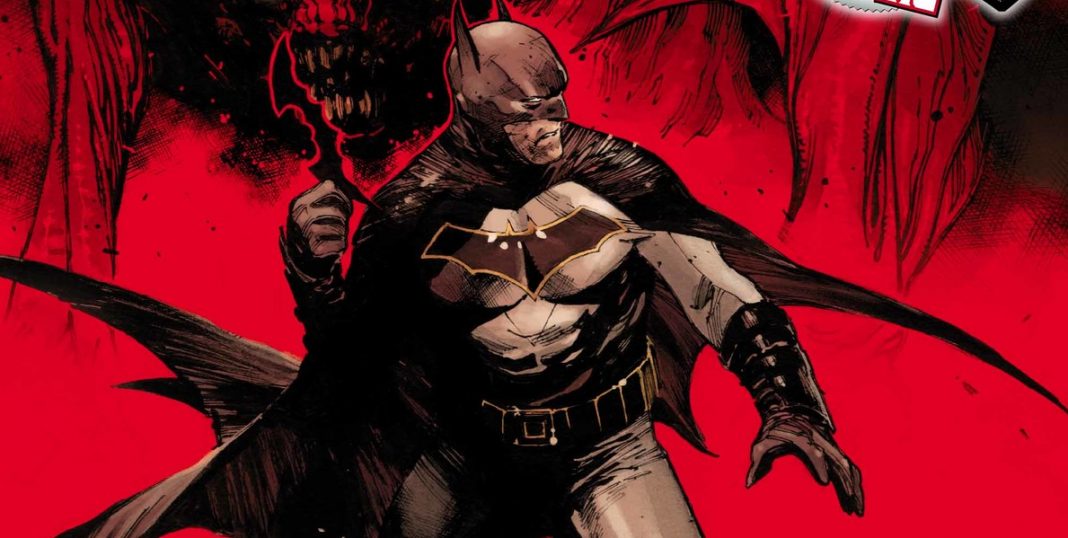 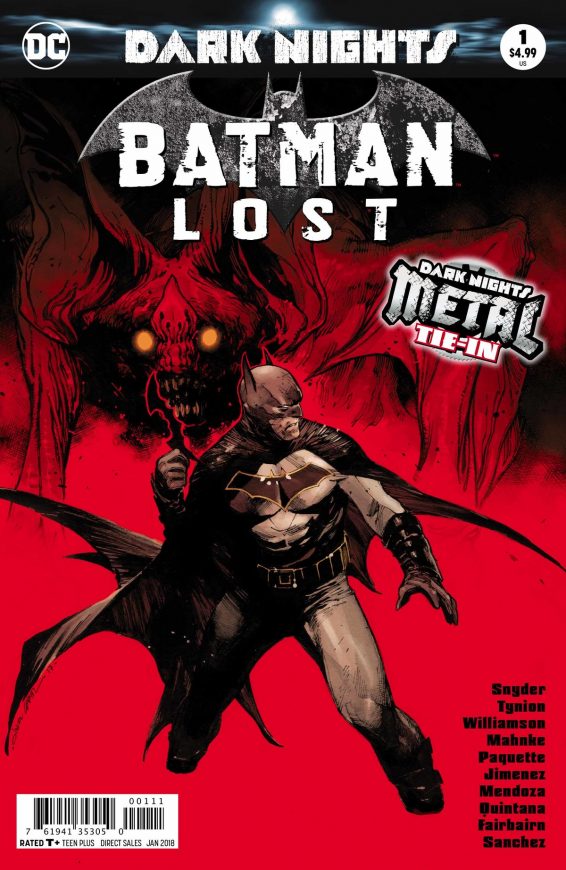 Trapped in the Dark Multiverse, Batman is transported back to his first case (“The Case Of The Chemical Syndicate”).  But the story is not a straight path for Batman as he battles his way out of this broken memory.

This book is a master class as far as art and story.  It’s amazingly beautiful, transitioning seamlessly between dark/brooding and colourful/vivid sections.  As a result, the medium allows the story to flow smoothly, the pieces of Batman’s memory stitched together in a way that makes it super readable and easy to follow.

The book really shouldn’t be this good.  Don’t get me wrong – I’m happy to be wrong.   With the amazing list of people involved in this book – its hard to figure out how they can mesh.  The DC page only shows Snyder for writer and Bengal and Coipel for artists (which is incorrect).  However, the cover reads like a comics who’s who listing with 10 people listed: Snyder, James Tynion IV (writer), Joshua Williamson (writer), Doug Mahnke (pencils), Yanick Paquette (inks/pencils), Jorge Jimenez (inks/pencils), Jaime Mendoza (inks), Will Quintana (colours), Nathan Fairbairn (colours), and Alejandro Sanchez (colours).  One note: this book was originally shown to have art by Coipel and Bengal in the solicits (they l 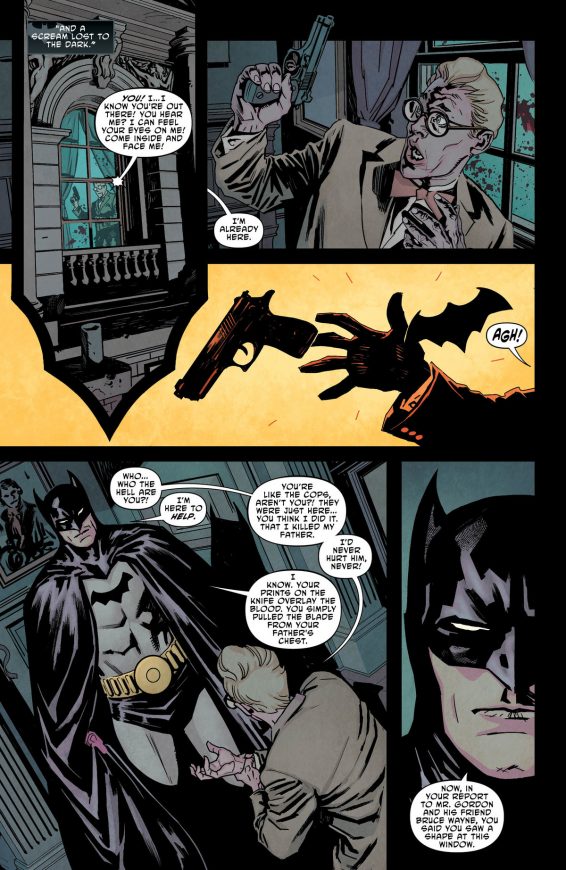 eft the project due to a “problem with schedules and deadlines”) with Coipel only having the cover art.  Kind of dramatic, no?

This is the way that comics should be nowadays.  Quality paper (yes – that’s a thing), agreat story and fantastic art.   The story drags you along through Batman’s emotional turmoil while not losing the reader to inconsistent art.  I’ve complained about some books in the past that change their look to portray a specific feel or theme and as a result it takes the reader out of their comfort level and thus the story.  This book, for the first time in a long time, does it without jarring the reader’s enjoyment.

At this point, if you haven’t jumped on the Dark Knights Metal train – get on.  We’ve reviewed a ton of the main books as well as the side stories and its probably one of the most cohesive events in recent memory.  Nothing feels tacked and and it’s all building to something the feels like it could be ground breaking.  Check out our reviews for Batman: The Drowned, Batman: The Murder Machine, and Batman: The Red Death.