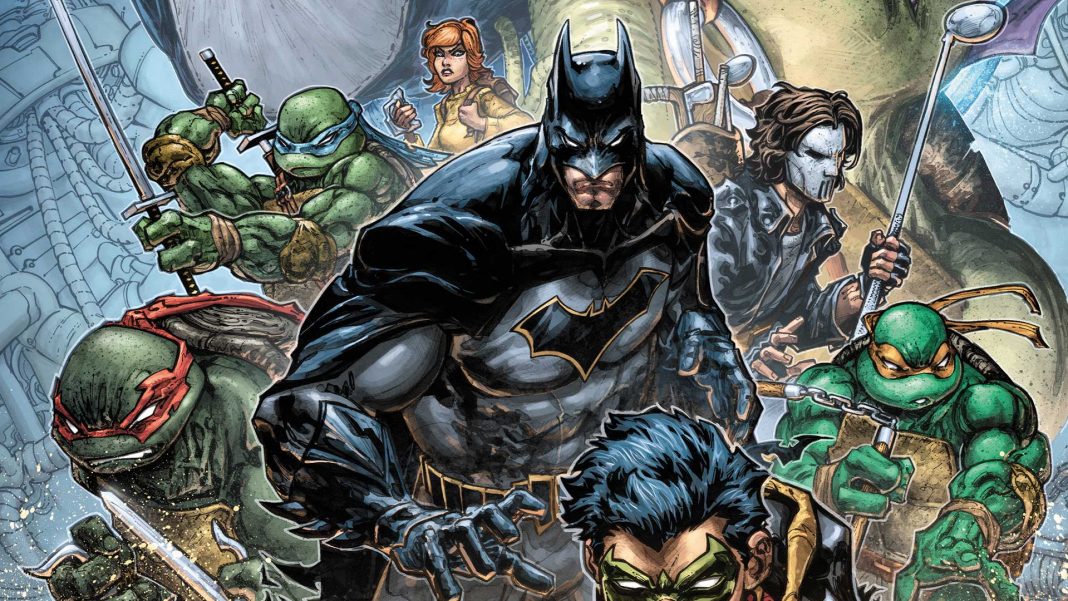 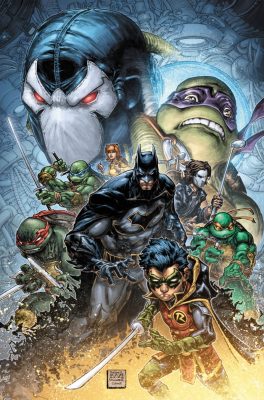 Orphans with bat masks, and turtles that are ninjas. These are two of my fav-our-ite things. Which means I’m way more interested in seeing Batman mix it up with Ninja Turtles, than nuns mixing it up with Nazis. However, that’s just my humble/obviously right opinion.

Just another night in the life of Batman, and Gotham is alive with the sounds of violence. Nothing Batman can’t handle, until the TMNT get involved and things get complicated. Do the turtles have what it takes to deal with a Lazarus pit-dipped Bane? Will the Dark Knight toss some batarangs? These questions and more will most likely be answered in the pages of this thrilling new six part series.

Shelling Out The Good Times

If you’re not intrigued by this team up you have some serious and deep seated issues, and probably would benefit from a hug. If no one is around to hug you, then read this book because it’s the next best thing. James Tynion IV (Detective Comics Rebirth) and Freddie Williams II (Robin: Wanted) are back behind the shell, and have delivered another totally tubular team up. Tynion knows how to craft an intriguing Batman story, so it’s no surprise that this tale is as captivating as it is entertaining. He gives us a humour infused, action packed thrill 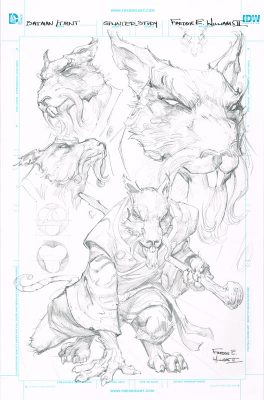 ride, laced with mystery, and destined for chaos. The worlds of these iconic characters are very similar and it’s not too much of a stretch to have them interact with each other. Especially with the gritty nature of IDW’s current TMNT series. Tynion’s character portrayals hold true to both properties, and he uses their unique personalities to propel the plot in directions that’ll help develop and test the characters resolves. Very interested to see how he’ll push these characters, especially Donatello.

The art looks great! Williams gives us two gritty crime filled cityscapes. The action flys off the page, and the fighting scenes are perfectly paced. I really like that the characters show signs of being in a fight after the action has ended. Their faces are bloodied up and bodies scratched to sh*t, it adds to the darker tone of the book. William’s also draws a great Splinter. He looks like a wise kind hearted man rat, who could totally kick your @$$. Plus he doesn’t have a greasy man bun.

Batman fans and Turtle fans can rejoice! Another great team up is in our midsts, with crazy villains, loveable mutants, and brooding billionaires. All the things that make these two series entertaining as hell. The two properties mesh together perfectly giving us an intriguing crime tale with elements of humour and gritty action. It’s a promising follow up to its acclaimed predecessor, and may possible out due it. However, that is something you’ll have to decide for yourself. 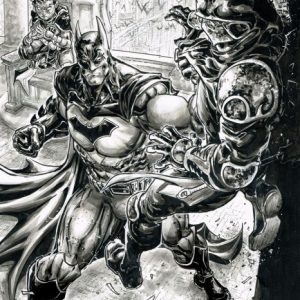