Home Reviews Reviews from the Dark Side The Batman Who Laughs #1: Get On Board The Crazy Train
Facebook
Twitter 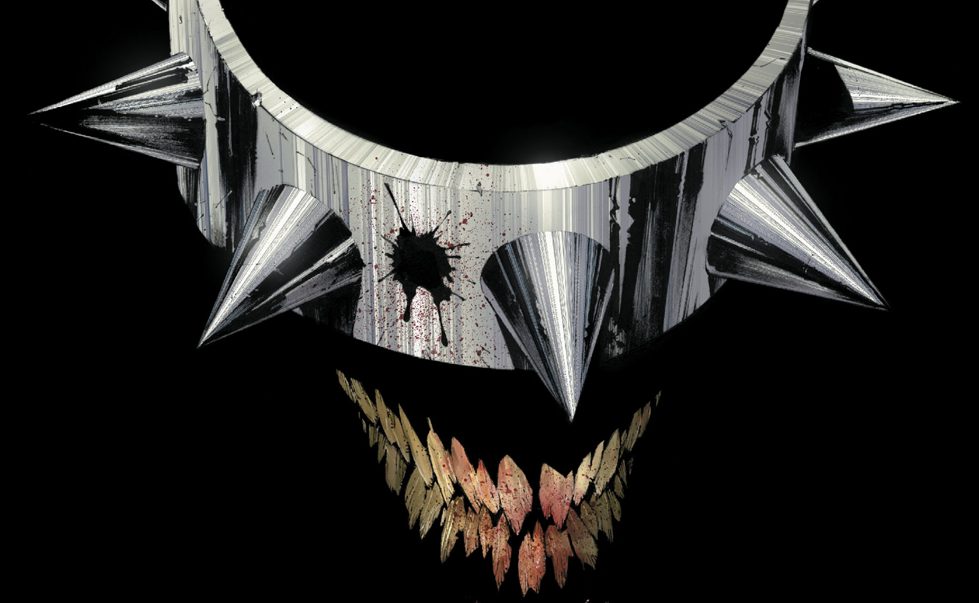 Left rattled by the events of DARK NIGHTS: METAL, Bruce Wayne must come face to face with the nightmares spawned from the Dark Multiverse. But even though evil devoured evil in the collapse of Challengers Mountain, the Dark Knight still has his doubts. He discovers that the Batman Who Laughs not only survived the fight with The Joker at the end of METAL, but now he is enacting a sinister plan across the Multiverse—something both terrifying and oddly familiar. But when Bruce Wayne realizes the only way to stop this madman is to kill him, he must consider violating the very rule Batman won’t break…the same rule that created this insatiable villain—the Batman Who Laughs!

If you haven’t read the DARK NIGHTS: METAL series at this point, do yourself a favor and pick up the trade and catch-up.  The series was groundbreaking not just in the story-telling, but also in the way it actually made the tie-ins integrate so well into the story and to spin-off the potential for a darker DC world.

First of all – all you CGC fans out there will love this book – the cover is a thick cardboard.  So it will show a lot less of the issues that affect the grade. Also, the variant cover by Capullo is super cool.  So there’s that.

As part of the newer, darker DC started by Batman Damned, The Batman Who Laughs goes farther afield than in Metal.  The book starts out in normal Batman The Detective fashion: there are bad guys and he’s working to stop them.  However, the tight world of Bruce Wayne starts to unravel almost immediately when he finds a body that looks like him.  By the end of this book, you are thinking about reading it again to attempt to comprehend what you’ve read.  The Batman Who Laughs is not what you think it is.

If you are a Batman/Detective Comics fan – this is probably already on your pull list.  However, if you are enjoying the new darker DC – jump on the crazy train now!