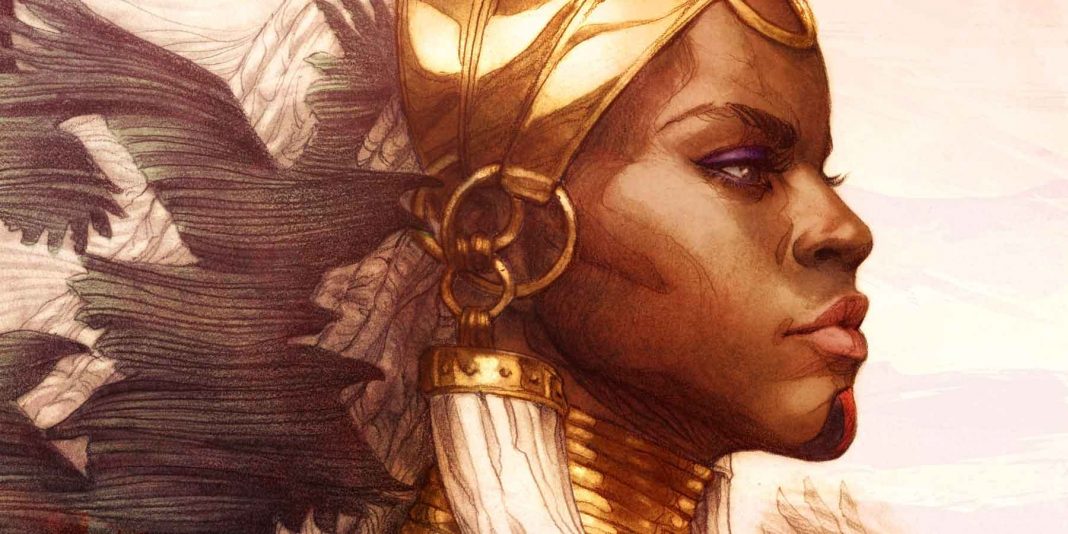 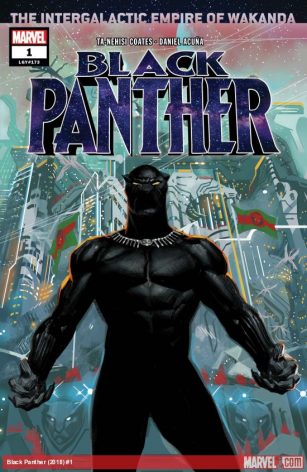 From the publisher: “A bold new direction for the Black Panther! For years, T’Challa has fought off invaders from his homeland, protecting Wakanda from everything from meddling governments to long-lost gods. Now, he will discover that Wakanda is much bigger than he ever dreamed…Across the vast Multiverse lies an empire founded in T’Challa’s name.”

Up to this point Black Panther/T’Challa has been an extremely grounded character.  Grounded as in Earth.  The stories in the comics are represented well in the recent Black Panther movie – Earth/Wakanda adventures, Earth/Wakanda disputes.  In the tribal vein of the character and his environment – this was just fine.  Most readers probably were just fine with it.  However, turning a character on its ear can be a dangerous proposition.  Especially when the following for said character is fairly new.

The good part of this book: its not really a huge change.  For a yet unexplained reason, T’Challa has found himself a prisoner of another race of beings.  The story begins in a very vague and hazy sort of position.  The story uses T’Challa’s will to be free to push forward at a steady pace.  It does so without pushing any preconceived notions that are inherent with the first black comic character and the word freedom or slavery.  This isn’t about history.  It’s about T’Challa, the king, finding himself in an unknown position.  A great number of comic characters would be doing the same thing in his place, thus why it works.

As an aside: there are some great covers for this book.  The “tribal” nature of the book allows for some really historical looking artwork.  The Art Germ variant cover is an excellent example of this.  No T’Challa on the cover – just a female Wakandan looking proud.  Very reminiscent of a Harvie Brown work. 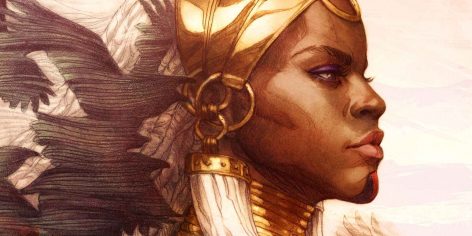 It’s hard to gauge the writing in this one since there is very little character development.  Most of the dialog is transitional – T’Challa spends a good portion of the book fighting.  The writing by Coates will be tested during the ongoing process of explaining the why and how of T’Challa’s predicament.  The only thing I can say now is that it feels right.  And thats about all we can ask for.

The art had to be a challenge in this one.  A black character, in dark clothing, in space.  Acuna pulled off quite the feat keeping the character front and centre in this story.  It’s coherent and you never lose sight of what’s going on.  While not a fair comparison, I’m going to use it: it’s got to be much easier drawing a red and blue suited guy (cough webs) against a city skyline than this.  Bravo to Acuna for working it out.

If you’ve been reading BP before, I believe that this redirection will be a breath of fresh air. For those whose only exposure has been a major motion picture – get on board.  You’ve only seen one facet of this character – and there’s so much more to see.