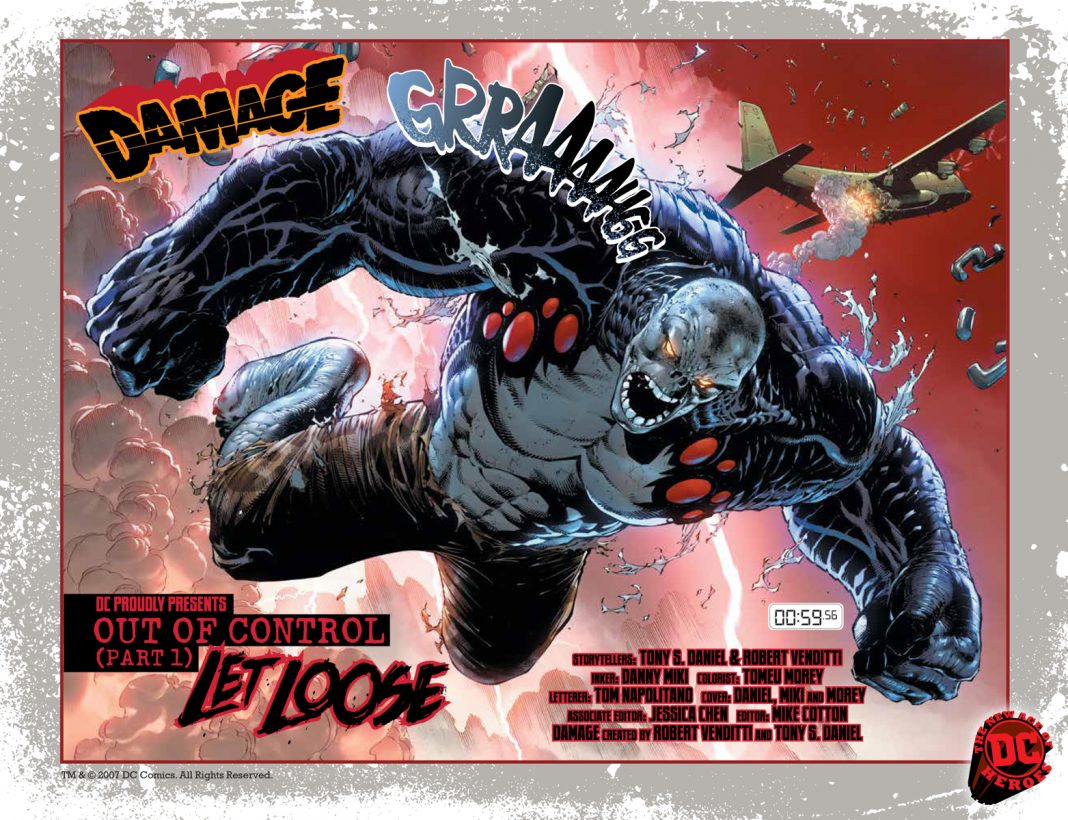 The new age of heroes is here, and they’re ready to do some damage . . . or at least one of them is. If you’re not sure which one, I’ll give you a hint. It’s the one that happens to 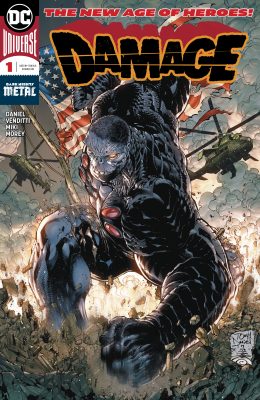 be a giant monster named Damage. I’ll also tell you one more thing. He lives up to his name. He does the destroying, we do the cheering, and everyone has a smashing good time.

For one hour every day Ethan Avery turns into a monster. To me this would be a dream. I’d climb buildings, smash things, and take record breaking poops. However, to Avery it’s a nightmare. Not only does he have little to no control over this monster, but as an added bonus he’s being used as the government’s own living weapon of mass destruction. Can he escape the people that made him this way and tame the beast called Damage? Possibly and/or most likely, but until then lots of stuff is gonna get all kinds of broken.

Tony S. Daniel (Detective Comics), and Robert Venditti (X-O Manowar) have created a monster! That sentence is usually followed with screams or the brandishing of pitchforks, but this time it should be followed with applause. Damage is an exciting character with a great look, and a great way to start off DC’s Dark Matter line. This book delivers non-stop action and destruction, which is ideal in any book with a monster prone to property damage. However, it also delivers interesting characters that run the gamut from having serious emotional issues to being mysterious af. I’m excited to see more of these characters and learn more about our building bashing buddy. I’m also very intrigued by the monster-turning time limit. Avery only has one hour to be Damage. When that hour is up he is force to be a lame human once again. I can’t wait to see how that comes into play in future issues. 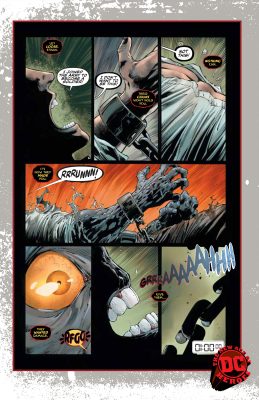 The art in this book looks great. The action pops off the page, and facial expressions are top notch. One of the most important parts about making a new character, is making them look good. If they don’t look cool or stylish or good on a shirt, they probably won’t do well. In my opinion Damage looks totally bad @$$. Kinda like the spawn of the hulk and King Kong if they ever got intimate, which I hope they didn’t. Anyway, the character design for Damage should be a hit if it’s not then I’ll be the only person in the world with a Damage T-Shirt.

Is New For You?

DC’s new Dark Matter line promises to bring us a new age of heroes, and so far so good. 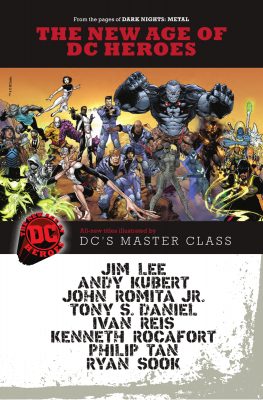 Damage is a thrilling new comic with a lot of good things going for it. It’s reminiscent of a Hulk book, but still brings its own fresh take on the man forced to be a monster story. If you enjoy your comics to be filled with action this is definitely the book for you. There is a lot to look forward to from the DCU, many promising titles and many new characters. If any of the other Dark Matter titles are as exciting as Damage then we are all in for a major treat. Also, if you love a good gimmick then you’ll probably be happy to hear this comic comes with a pretty cool looking vertical double-gatefold cover. If you don’t know what that is, then you should probably buy this comic to find out.