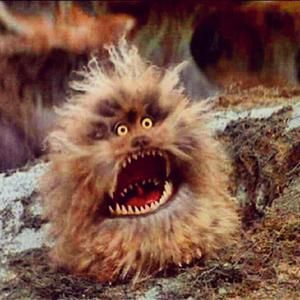 The Power Of The Dark Crystal

Another world, another time, in the age of wonder. Awe yeah! Every time I hear those words I feel like a kid again, eagerly anticipating the excitement and adventure that follows them. I’ll admit this review will be biased, because I’m a huge Jim Henson fan and this is one of my favourite Henson properties. For years there has been talk of a Dark Crystal Sequel, so when I heard they’d finally be doing one in comic book format I adopted an facial expression not unlike the one below. Half excitement, half scepticism with maybe a pinch of shock. However, once the shock passed I remembered it’d be done by

Archaia (The Story Teller: Giants, The Dark Crystal: Creation Myths) and had little doubt it’d be a quality book. Archaia seems to own the comic rights to most (if not all) Henson properties, and have straight out nailed every one they’ve touched. After reading issue 1 in this 12 issue series, I’d stay their record is still intact.

If you’ve never seen The Dark Crystal, it’s basically Lord of the Rings with Puppets. If you were thinking it was about street drugs or a sadistic teenage girl, you were wrong. However, those were great guesses. I’m not going to tell you anymore about the movie, because you should just watch it. Everyone should experience the genius that is Jim Henson and Frank Oz as they bring the marvellous sketches of Brian Froud to life. The Power Of The Dark Crystal is written by Simon Spurrier (Six-Gun Gorilla) and drawn by Kelly & Nichole Matthews (Creature Feature) and takes place 100 years after the movie. The world of Thra is no longer shrouded in darkness and the Gelfling race has been reborn. Our story starts when a representative of a dying species from deep inside the world of Thra, arrives at the palace of the Crystal. With her she brings a request and a possible dilemma for the Gelflings and other inhabitants of this fantastic world. The story being told has solid writing and I think has the potential to bring the balance of excitement and imagination that makes it’s predecessor so great. The narration at the beginning of this book does a prefect job of setting the mood and capturing the story book style of the movie. As with most Archaia books I’ve read, the artwork is stunning. It more than succeeds in showcasing the imaginative beauty of this fantasy realm, and the bizarre creatures that inhabit it. The colours blend and pop off each page, offering a treat for the eyes that should be 100% optometrist approved. Also props to Jae Lee and June Chung for a bad @$$ if not slightly angry cover, that made me a tiny bit worried about the contents of the book.

The Power Of The Dark Crystal isn’t just for fans of the franchise (we’ll even share it with those who liked Labyrinth better). It’s a whole new story with new characters, and guaranteed entertainment whether you know or don’t know what a trail by stone is. My hope it that it’ll spawn a few more Dark Crystal fans and maybe even covert my girlfriend. That way she might finally agree that Fizgig is a great name for a little girl. If you enjoy this book make sure to check out the other Archaia/Henson titles, like the current four part series The Story Teller: Giants. As always there should be an issue or two at Alpha, and if not I’m sure Chris can work his magic and order some in.