Home Reviews Reviews from the Dark Side Dark Days Are Here 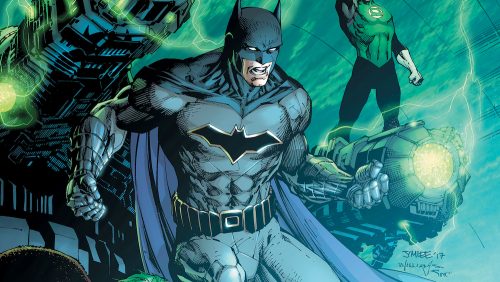 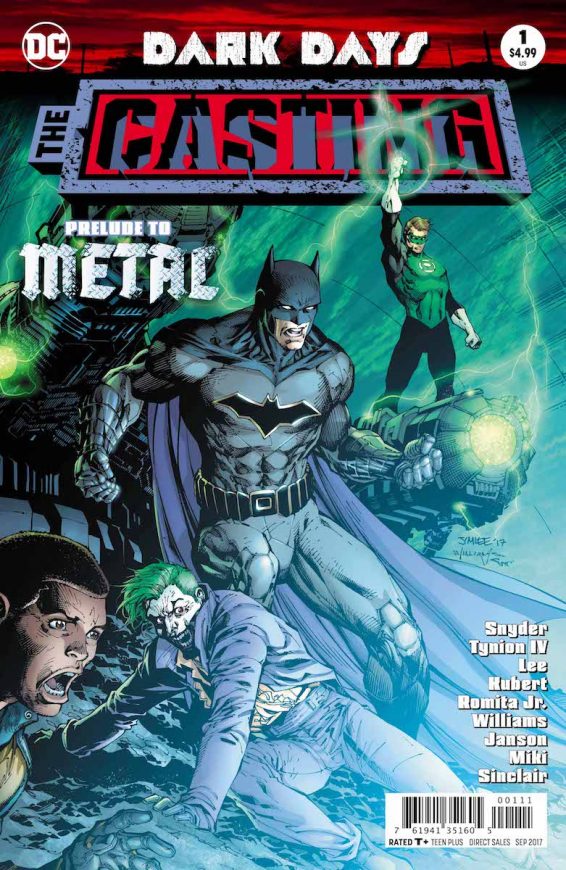 As the new event from DC, Dark Days: The Casting sets up Metal as the mover and shaker of 2017.  Started with Dark Days: The Forge, DC is going all in with this series.  The Casting is another one-shot like The Forge written to set up the potential crisis coming in Metal. It’s also looking like a winner all-around with an impressive group of artists and writers and an all-star cast of characters.

The story starts with Hawkman and Hawkgirl reflecting on a mysterious metal kept secret throughout history by The Immortals.   Designed to drag the light into the dark, it would plunge the world into war.   While battling a chimera, the story is dictated by Wonder Woman explaining that war is coming and there’s not much anyone can do about it.  This conversation provides a nice parallel/tie-in to the current Wonder Woman movie.  In addition, Diana explains that a sword called the Sunblade exists.  Made of the eighth metal it shines light where there is dark. 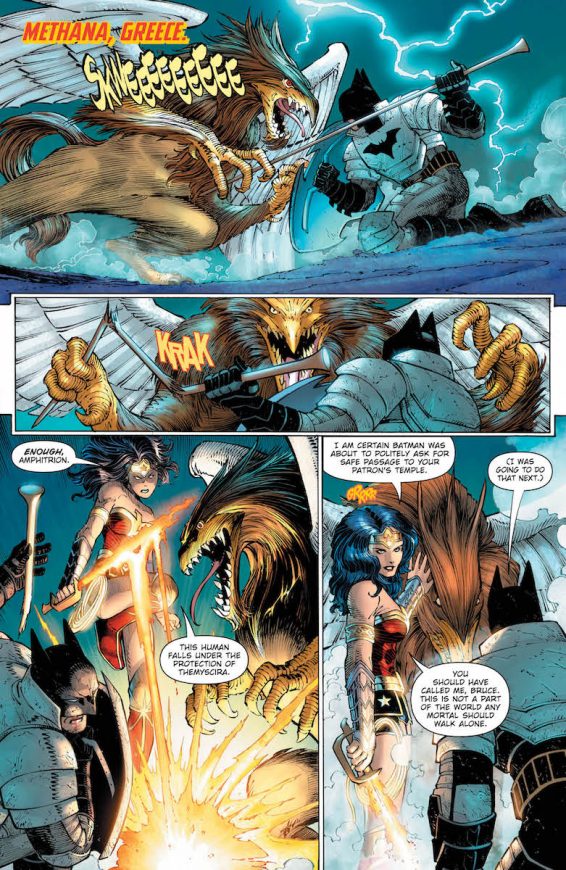 After only a few pages you realize how dense the story line actually is.  It moves back and forth between the archeology back story and the Batman lead story with increasing fervour as it goes on.  In addition, the addition of the Green Lantern/Lark vs Joker story gets quite intriguing.  Joker is shown as damaged and vulnerable while trying to maintain his edge.  With all three levels active don’t be surprised when it takes you the better park of 30 minutes to read this book.

Unlike other large cast books, this doesn’t feel overloaded.  Each part of the story is separate and concise.  Joker chews up the scenery when conversing with Hal and Duke.  Batman and Wonder Woman’s conversation provides support where needed.  And the archeologists provide the backstory meant to explain it all.  As a result, this book gets the Metal series up and running and is a must for any DC fan.