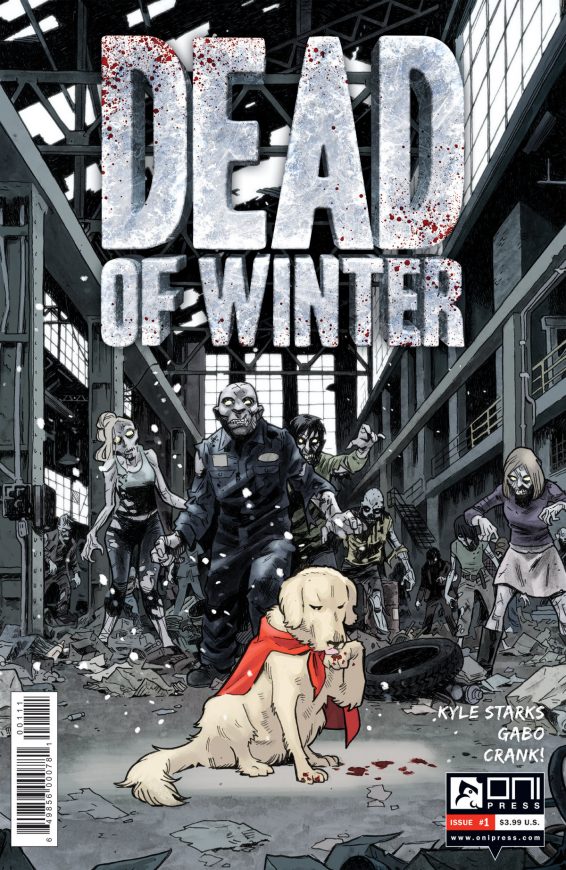 Dead of Winter is the story of Sparky the Super Dog. Sparky is a TV star turned zombie killing machine.  Sparky just wants to make friends and be a good boy.  But he HATES zombies.

This book is more almost the perfect marriage of the Walking Dead with some levity.  Three people find themselves caught in a house behind a wave of Zombies.  We don’t know why or how there are zombies.  No backstory at all yet.  A knock at the door. Boom – Sparky the wonder mutt is there to escort them to a quick getaway.  They head off with their new found friends to a colony nearby.  If it weren’t for Sparky, and quite a few one-liners, this would be generic zombie story redux.

The art is done in almost an anime style.  Big eyes and small mouths are the theme.  It’s 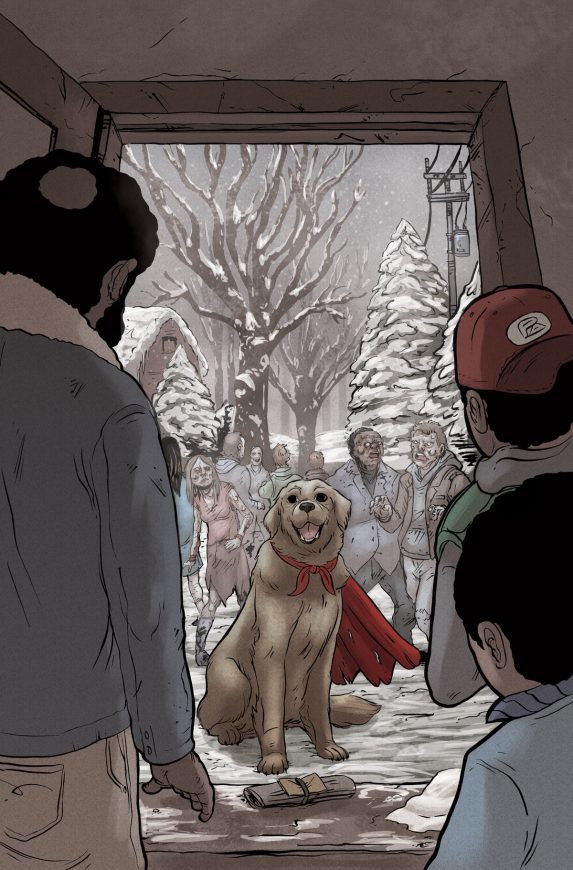 consistent throughout the book and looks really quite nice. Illustrated and colored by Eisner award winning Gabriel “Gabo” Bautista Jr known for Albert The Alien and Dc’s All-Star Western.  Additionally, the writing goes along at a good clip with a decent amount of levity to buoy how dark it is.  Kyle Starks brings his experience with Invader Zim, Rick and Morty and Sexcastle to this new book.  As a result the Eisner nominated writer really shines in Dead of Winter.

The interesting thing about the book is that its been adapted from a tabletop board game.  The award winning Dead of Winter board game has been out for a few years from Plaid Hat Games.  Anyone who is a fan of the game with love the book hands down.  For everyone else Zombies are usually a super dark genre book.  Most of all the addition of Sparky add just enough levity to make it accessible by a wider audience.