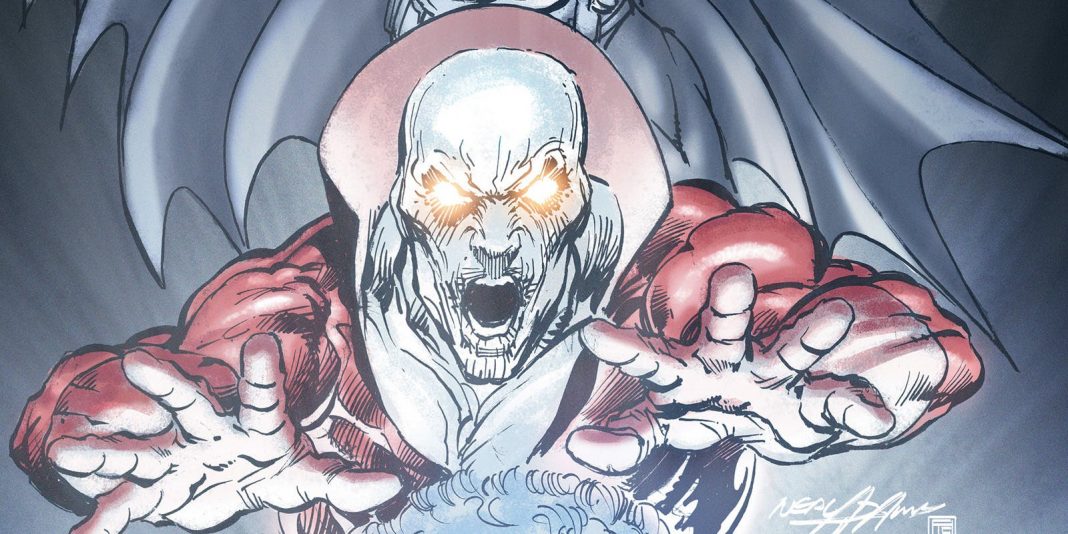 You know how everyone complains that when heroes die, they don’t stay dead? App 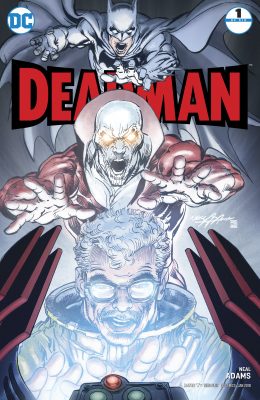 arently no one told that to Deadman. He’s been dead since his creation, but luckily for us his comics still have a pulse. That’s right folks! Deadman is back in action, and doing that weird, invasive, and incredibly entertaining body possession thing he does best.

Boston Brand a.k.a Deadman is hot on the trail of his killer, but for him vengeance never comes easy. Especially when Batman is involved. What secrets will we learn of Deadman’s past, and what kind of mess is he getting himself into? I can’t answer these questions yet, but maybe we’ll all be enlightened by the end of this spectacular supernatural six issue page turner of a series.

Drawn of the Dead

Deadman #1 is written and illustrated by Deadman alumni Neal Adams, and he knocks it dead. The tale he weaves is intriguing and very entertaining. It gives us supernatural elements mixed with great action and some body jumping hijinks. Adams also does a good job tapping into the history of this character while still bringing us new material, and giving this character a new mystery to unfold. 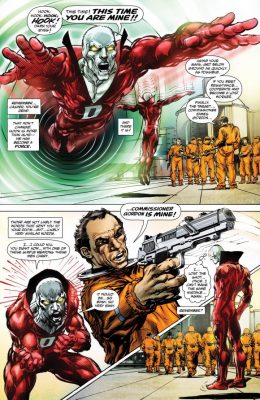 Adam’s art is fantastic as usual. His action scenes fly off the page, and keeps your eyes working overtime. There’s also some great trippy visuals and layouts that tend to fit very well with supernatural themed books. I really like the way he portrays someone possessed by Deadman, encasing them in green circles. Looks pretty cool. I also enjoy the way he draws and colours Deadman, he looks more decrepit than his recent incarnations.

Not sure who Deadman is? Well, that’s simple… He’s a ghost of an assassinated trapeze artist who was given the ability to possess any living being by a Hindu God. Yes it is as awesome as it sounds. The above knowledge is all you really need to know before reading this comic. The other important stuff is recapped. However, I’ll tell you a quick and 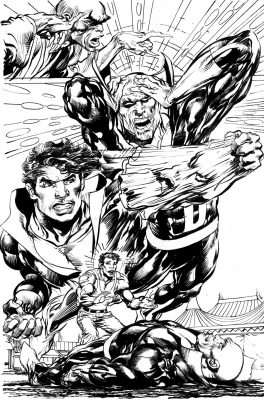 interesting fact. Strange Adventures #205 which is the first appearance of Deadman, is also the first known depiction of narcotics in a book approved by the Comics Code Authority. Huh? Now you know, and knowing is half the battle (Go Joe!).

If none of the above has convinced you to grab this book than this will… It has a glow in the dark cover! Not just your average one either. I don’t want to give away what makes it different, but it’s super bad @$$. If you like Deadman, try to dig up some of the New 52 Justice League Dark stuff. Definitely worth the read! Also, if you need more supernatural DC/Vertigo stuff check out Alpha’s supply of Hellblazer and Swamp Thing comics.