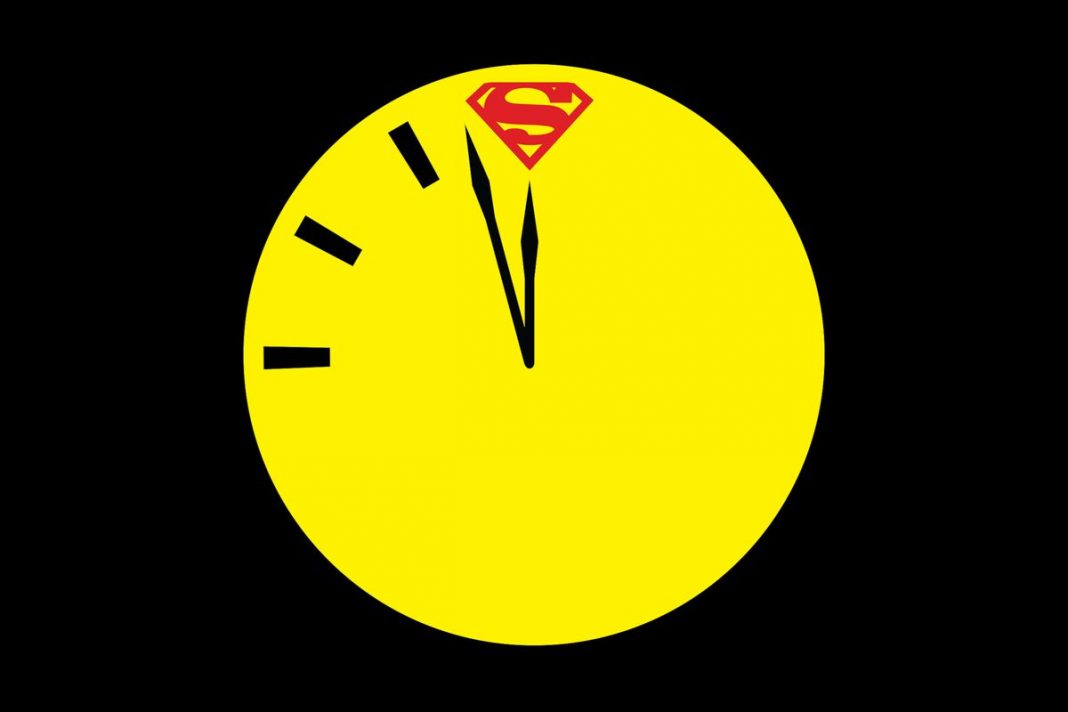 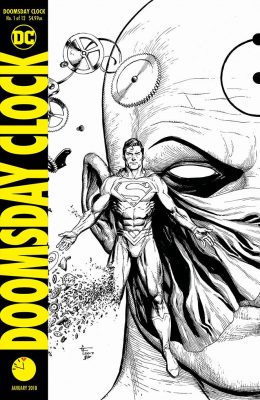 Just a matter of time, I suppose. . . The Watchmen’s world is on the brink of destruction, and only a “God” can save it. The problem is the God in question has been missing for years. It’s up to Rorschach and a group of outcasts to find him and his glowing blue butt. The wait is finally over! Doomsday Clock is here!

Watchmen and DC fans have been counting down the days for this epic mini series which will merge the Watchmen universe with the DCU. This event has been teased and seeded from the very beginning of Rebirth. There has also been a few stories preparing for this moment. First the Batman and Flash crossover “The Button”, followed by “The Oz Effect” which took place in Action Comics. Both story arcs were entertaining little appetizers, but now it’s time for the main course!

Geoff Johns (Batman: Earth One) brings us a dialogue heavy page turner, that definitely captures the tone of the original Watchmen. He is giving us a mix of new and old characters to invest in and sending them on a mission that’ll no doubt be fraught with problems. I’m very excited to see where he’ll take things, and how the Watchmen characters will find themselves face to face with our DC favourites. So far book one is set up, but with 12 books in total you can bet Johns has an incredibly story planned out for us. As a fan of Watchmen it’s great to see some of my favourite characters back in action. I was starting to miss Rorschach’s grammatically iffy, borderline insane narration. 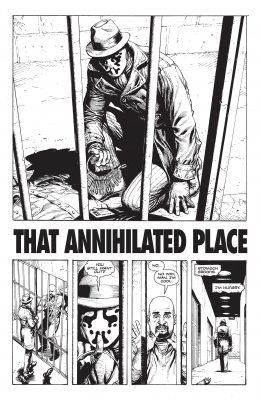 I really like the art in this book! It’s very detailed and the facial expressions are very well done. Gary Frank (Supreme Power) is the man! His art is so engaging you’ll probably find yourself rescanning each page before you flip it. I’m eager to see what bad @$$ visuals he’ll bring us next issue. The colouring by Brad Anderson also deserves a mention, it does a great job setting the mood of the story and gives it a grundy noir type feel.

Tonight Is The Night!

If you’re a Nite Owl wannabe or just happen to be up tonight at 11:30pm and/or raring to leave the house, head over to Alpha Comics for a special midnight release of Doomsday Clock. There will be a limited amount of the midnight variant so don’t drag your feet. However, if you do don’t worry there will be plenty of other covers and variants for this wicked title. You will also be able to pick up the other DC titles slated for tomorrow release. If that’s not enough to pull you from your nice warm bed, Alpha will also have all DC Hardcovers and Trades 25% off. “Watch” you waiting for?