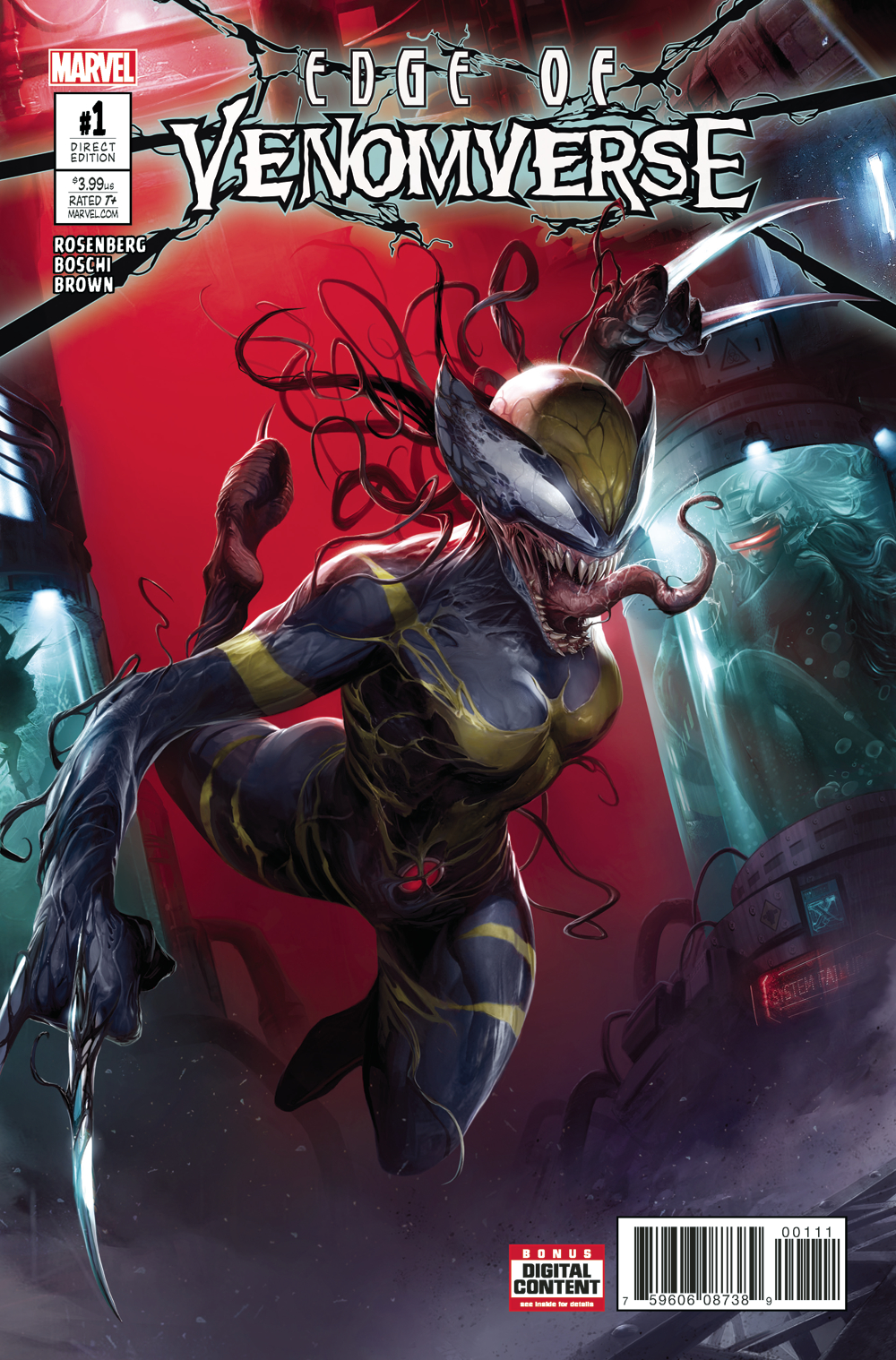 Don’t push Venom, cuz he’s close to the edge. He’s trying not to bite off your head. Uh huh ha ha ha. What’s better than Venom? Ok nothing, but Venomized versions of your favourite Marvel characters should be a close second. At the very least you know the symbiote is going to make everyone look cooler. Venom is the Fonz of the Marvel universe, and there’s no doubt a Venom event will bring nothing but happy days.

Edge of Venomverse is written by Matthew Rosenberg (Kingpin) and illustrated by Roland Boschi (Karnak). This book is the first in five books which are meant as set up for the upcoming Venomverse event (if you are familiar with the Spiderverse story arch, then you know what’s up). These five books will introduce alternate versions of our favourite/not so favourite (I’m talking to you Gwenpool) characters, who have for different reasons attached to the Venom symbiote. Of course these character will then appear in Venomverse and save the world or themselves or whatever the writers have in store for us. In this particular issue we get to see a symbiote infused version of X-23, and get a look at how she gets the symbiote plus how she uses it. In my opinion the “edge” stuff is the most entertaining part of these events, because we get to see unique little one shots which twist the tales and characters we are familiar with. 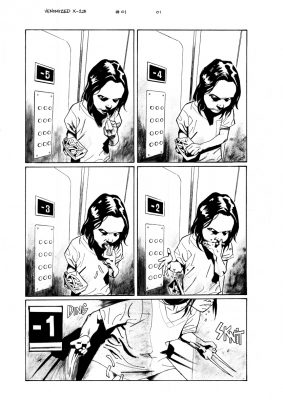 The tale in this issue was very exciting and had some neat premises I would have loved to see more of. Page 18 shows us a really cool concept, that I found super interesting. If all the “edge” one shots are written this well we are in for a treat. The art does not disappoint either, it effectively displays the gory action these two violent characters are known for. Plus Boschi draws a very creepy X-23, which I like. On page one she looks very Wednesday Adams. I also really like the look of Venom-rine, definitely a menacing creature you don’t want to mess with.

If you can resist the awesome cover, you are a stronger willed individual than myself. However, if the cover is not enough for you I promise the comic behind it is worth the read. It’s an exciting, entertaining mash up that will leave you wanting more. It’s a must-have for Venom fans, and a good place to start for those who have yet to merge their readings with the popular symbiote. If you like this issue, make sure you add the event to your pull list. That way you won’t miss a thing. I got a feeling you won’t want to. To sum it all up, stop reading your safe books and start living on the edge! 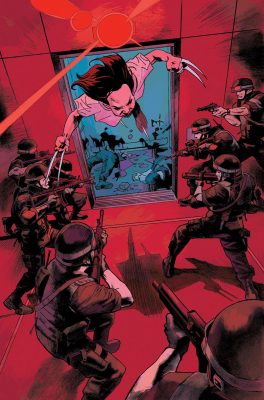