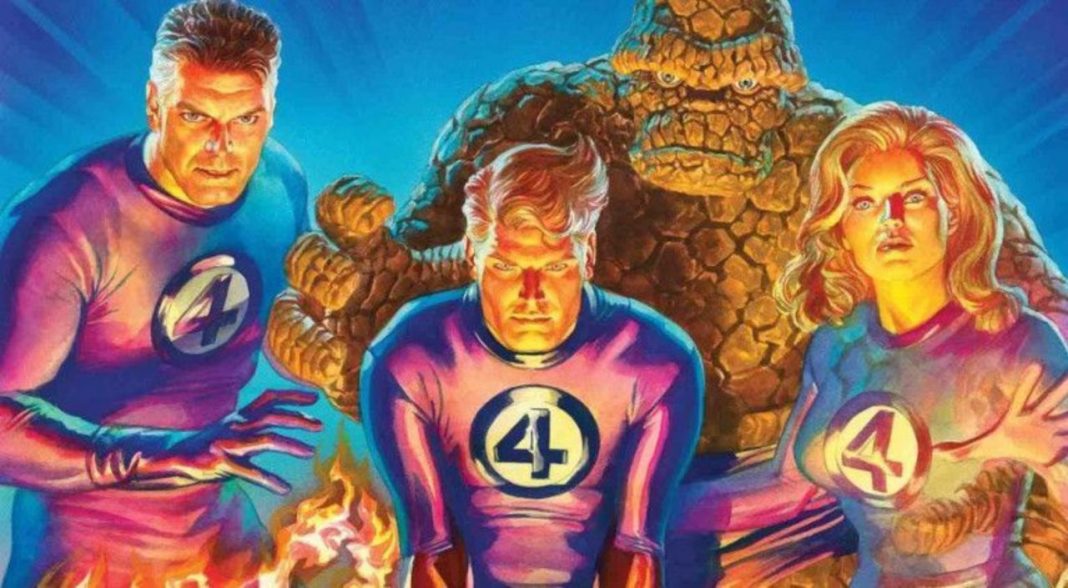 Hey, do remember way back when a genius, his gal, his bestie, and his gal’s bro wen 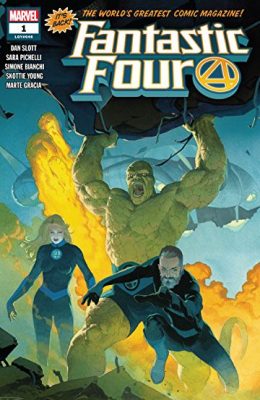 t into space, got exposed to gamma rays, and became superheroes? You really should. I mean they made movies about them, and at least two of them are watchable. Ok, I’ll give you the benefit of the doubt on this one. It has been three years since this fantastic foursome has had their own title, and if your memory is anything like mine it’s pretty weak. However, the Fantastic Four is finally back, and their return is far from forgettable!

Return Of The Four

The Fantastic Four’s iconic flare has been fired off projecting their hope inspiring signal across the skies above New York. But who set it off? Was it the missing members of the FF, or was it someone with sinister intentions, or was it someone entirely different? I know the answer, but you don’t so you should probably grab this book to find out. I promise that the mystery flare won’t be the only surprise inside the pages of FF#1 (a.k.a #646). You can beat your ever-lovin’ butt on that!

Dan Slott has hung up his Spidey tights, and is now flexing his rock hard writing muscles in the direction of the Fantastic Four. And so far it’s a fantastic start! This return has everything you’d expect from a book returning after a three years long hiatus. It has heart, surprises, and is a true love letter to those who’ve missed their favourite first family (no I’m not talking about the Obamas, though I’m sure they are missed too).

Fantastic Four has had a long history in the MCU, as well as a huge impact on the way it’s shaped today. It is very important to have someone with great skill to bring them back into the fray. Slott is the perfect choice. He takes on his first outing like a pro, giving us enough to be satisfied while also leaving out enough for us to come back next month. Slott’s story dives deep into the lives of Johnny Storm and Ben Grimm showing us how they are living with the loss of their family, and the different ways they cope. It’s a warm, moving story that reminds us what we love about that fun loving family of adventurers we’ve been so long without.

Four Our Eyes Only

There are a few artists at work in this book and each one brings their own unique style. Sara Pichelli (Spider-Men) does the art for the main story, and as always it looks fantastic. It brings life to the character’s of the FF, giving them a realistic quality which helps hammer in the emotional tone of the story. This is contrasted with the more surreal art style of Simone Bianchi (Thanos Rising), who illustrates the return of Latveria’s favourite leader. Bianchi’s art style works very well with Slott’s theme of revolution and rebirth. Then to finish things off we get a little one pager that brings back another character from the FF’s history, brought to life by the fantastically cartoony stylings of Skottie Young (I Hate Fairyland).

See Ya At Midnight

You’d be crazy to miss the return of the FF! It’s bound to be a fun series, with top notch writing and art to back it up. Everything we once loved about the Fantastic Four is returning and new life is be breathed into a once dead franchise. The FF’s new series looks to be exactly what fans were waiting for and it’ll no doubt be an exciting adventure! 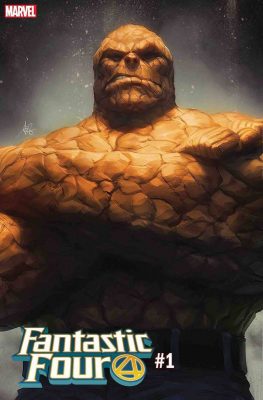 If you are saying to yourself: “Dang! There is no possible way I can stand waiting until regular store hours to get my shiny new copy of the newest instalment of the world’s greatest comic!”. Then I have good news for you! Tonight Alpha is having a Fantastic Four midnight release party, where you can grab your very own copy of Fantastic Four #1 as well as any variant you desire. Plus there will be a ton of hot deals including BOGO on graphic novels and 20% off CGC. Doors open at 11pm and books go on sale at 12pm. Note that we can not sell any new Marvel books until after midnight.