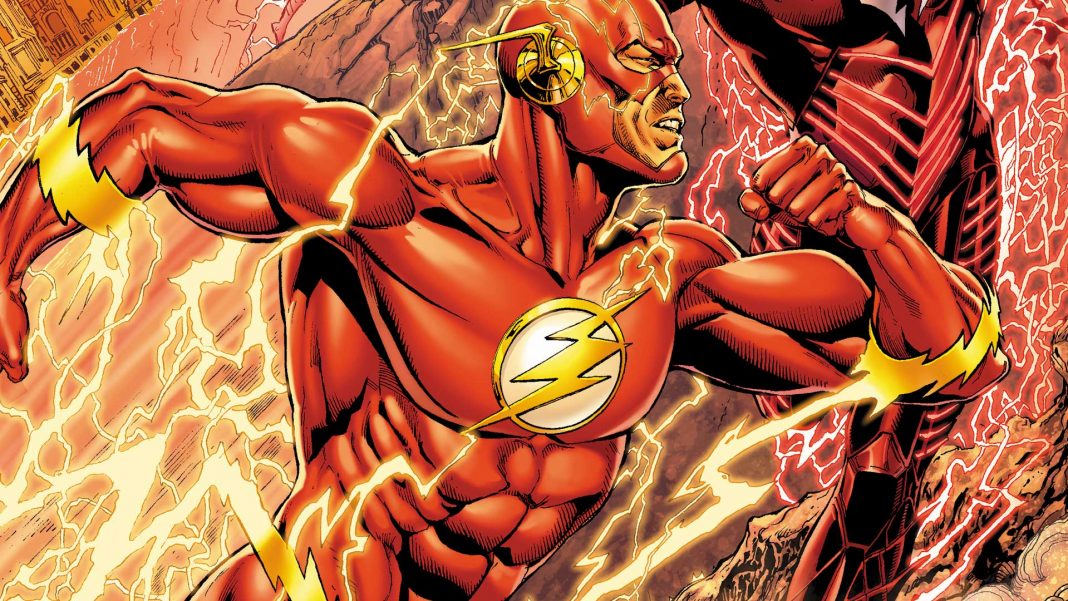 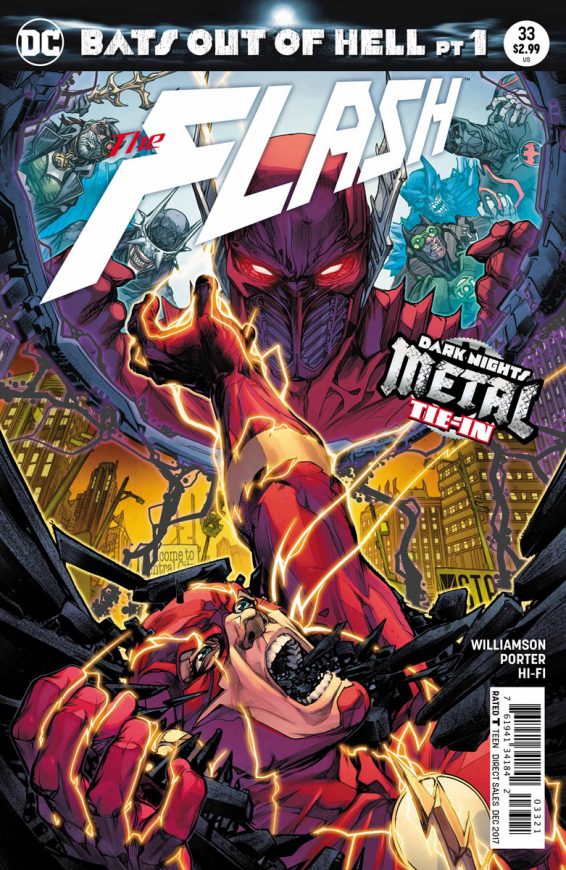 Synopsis: “BATS OUT OF HELL” part one! After the harrowing events of DARK NIGHTS: METAL #3, the JUSTICE LEAGUE has scattered around the world to find the only artifacts that can fight back against the invasion of the Dark Multiverse. The League thinks they know how to take back their world, but they are not prepared for who is standing in their way. The Seven Dark Knights of the Dark Multiverse. All the brilliance of Batman, but none of the morals. Barry Allen, The Fastest Man Alive, is the first to get a taste of their plan, as BATMAN: THE RED DEATH takes him on at the Fortress of Solitude.

I don’t normally buy in to the “dot series” or crossover type of comic.  So the fact that I’m buying EVERY SINGLE ONE of the Dark Nights Metal Tie-ins should be a pretty good indicator of how deep the Metal storyline is.  It really does require all of these books to get the point across.  For example – without this book, you really have no idea why the members of the Justice League are alone is what appears to be Batman’s cave/lair.

Another pet peeve of mine is when the cover character basically is a supporting character to another character or set of characters.  In this case, and again as a result of the deep story line, I don’t mind.  There are a TON of characters in this book: Superman, Steel, Wonder Woman, Flash (duh!), Aquaman, and Green Lantern.  And that’s on top of the Metal Batman characters that have been introduced already. 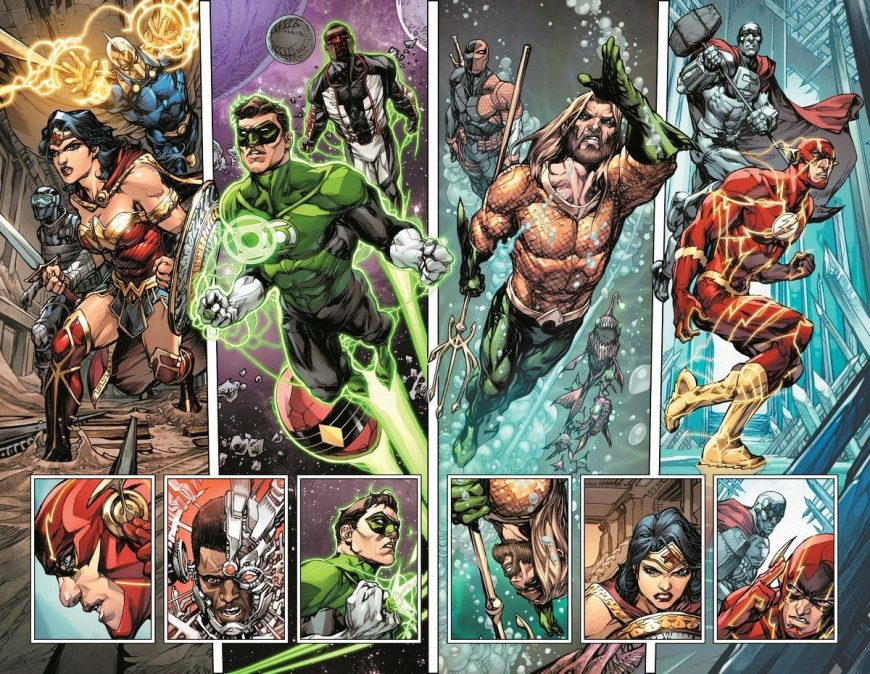 Hell is Beautiful and Well-written

The best part of this story is the writing and artistry.  Written by Joshua Williamson, this guy has basically worked on EVERYTHING.  He has profiles with all the mainstream publishers (comicvine lists him as the writer for 343 books – take a vacation already!) including Predator, Aliens, Ghosted, and Nailbiter.   And the story melds in perfectly to the rest of the event books.  In addition, the art by Howard Porter is so vivid and clear.  Porter is a mainstay of DC books, working on Justice League and The Flash in extended runs.

Seriously – I don’t say this very often: buy every book in the Metal event.  For once the books that you don’t collect on a regular basis are so intertwined in the event that you don’t need to know a ton about their individual characters.  It’s so much fun to jump around the DC universe without having to make a commitment to that specific series.  I’ve included the checklist below now that we are half way through the event.  If you are jumping in now – its not too late to get the older books… 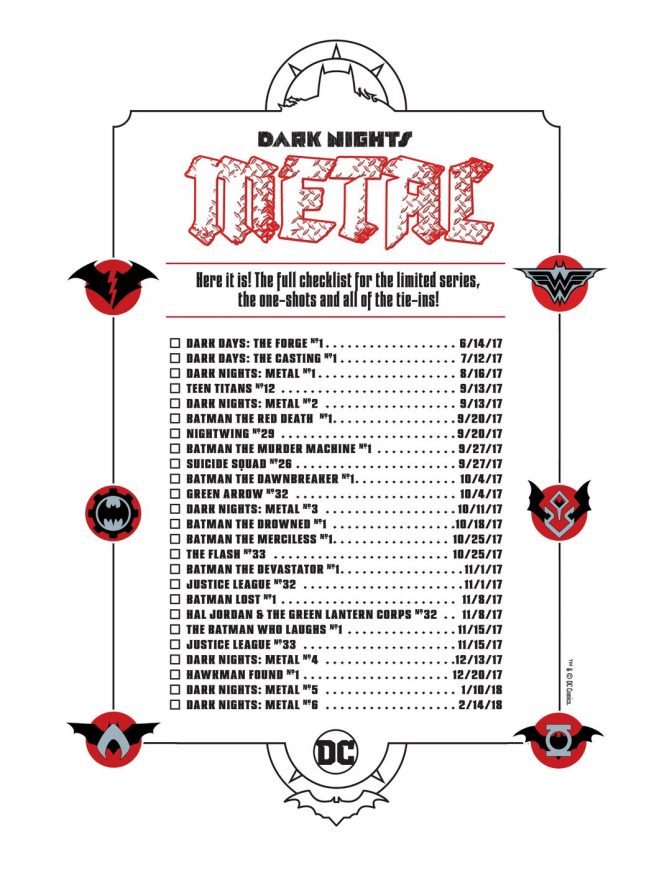