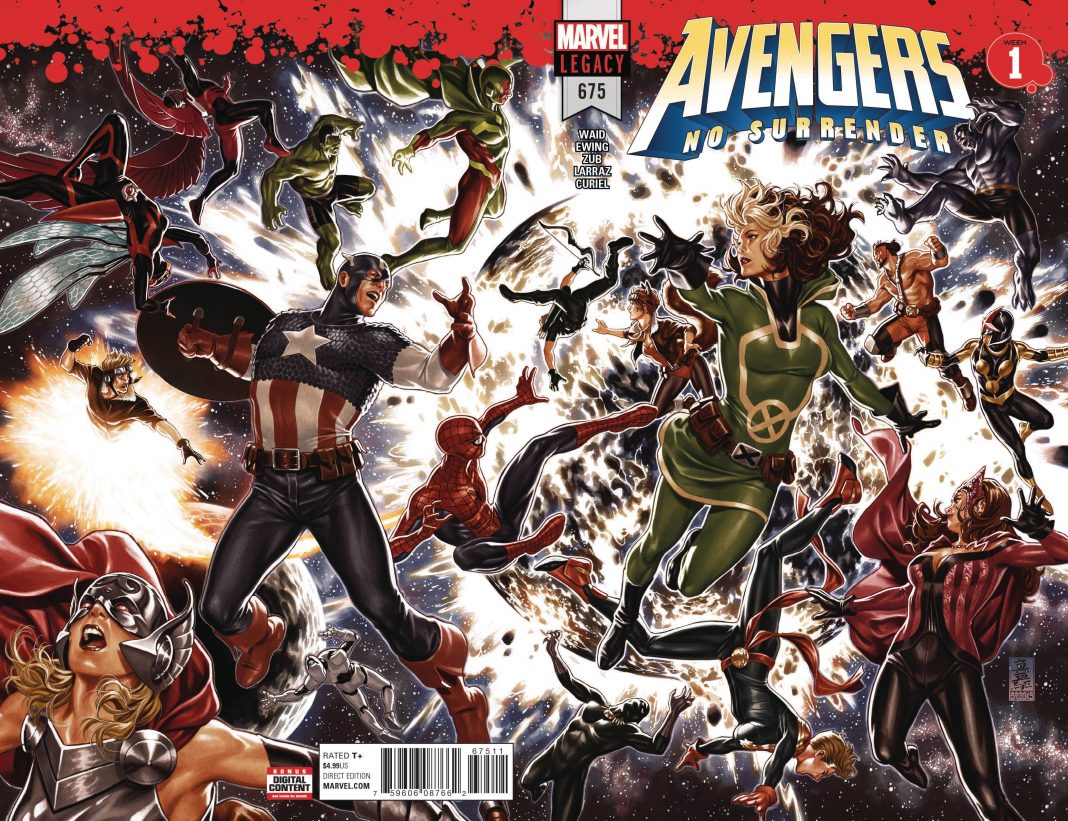 Avengers #675 hits the shelves January 10th and begins a sixteen-part saga that will write the end of an era!

Alpha Comics is offering Avengers #675 FREE to our subscribers who have The Avengers on their pull-list.  Don’t have Avengers on your list or you’re not yet a subscriber? Follow this link to get on board! 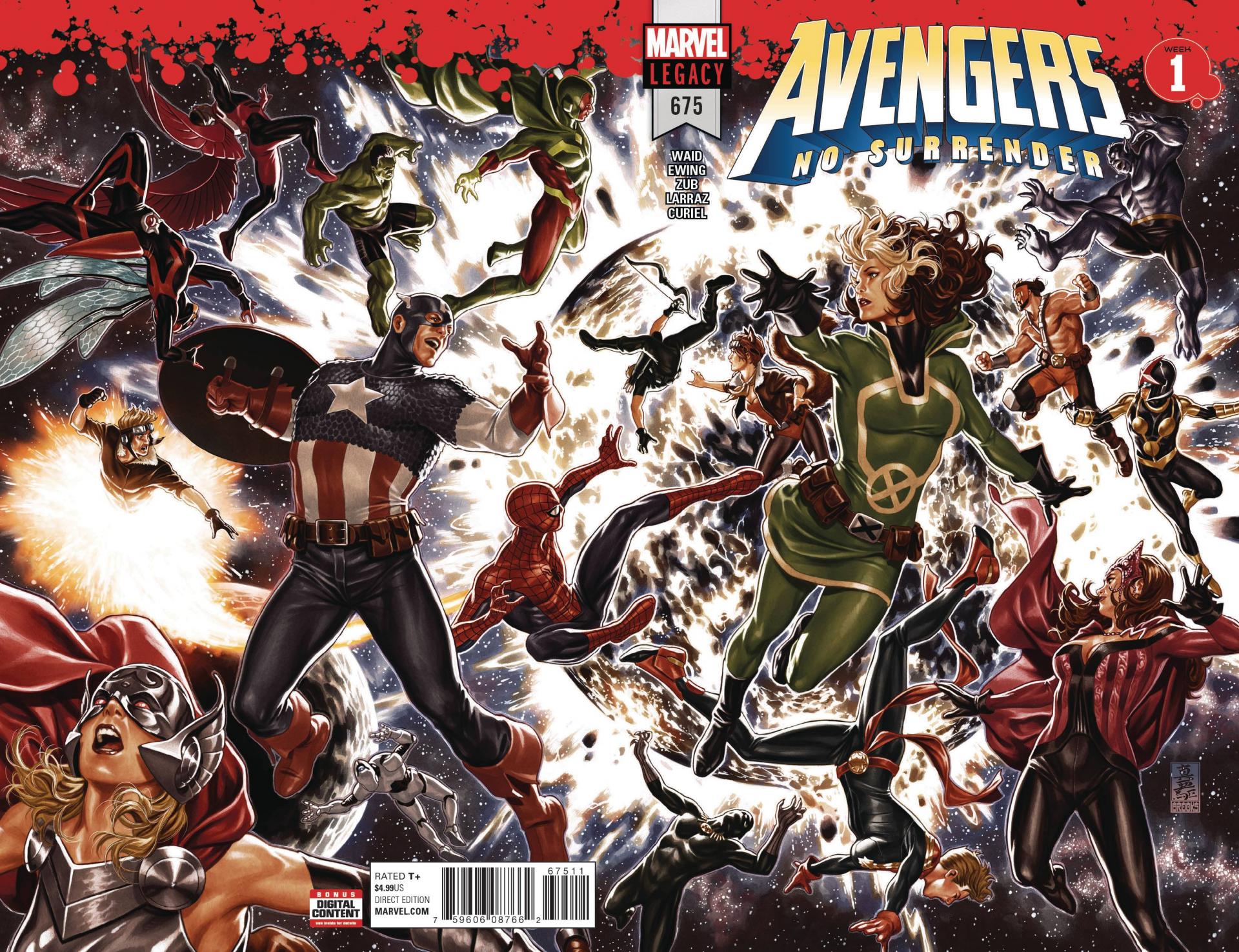 AVENGERS #675
MARVEL COMICS
(W) Mark Waid & Various (A) Pepe Larraz (CA) Mark Brooks
NO SURRENDER Part 1
The Earth has been STOLEN! The sky burns while mysterious cosmic objects crash down from above, wreaking havoc across the world! The Avengers are the last line of defense between Earth and the mysterious forces threatening to tear it apart. It’s time to ASSEMBLE! The teams you know and love from AVENGERS, UNCANNY AVENGERS, U.S.AVENGERS and OCCUPY AVENGERS come together to face a threat beyond any they’ve faced before in a weekly epic adventure that will define the future of Earth’s Mightiest Heroes!
Rated T+