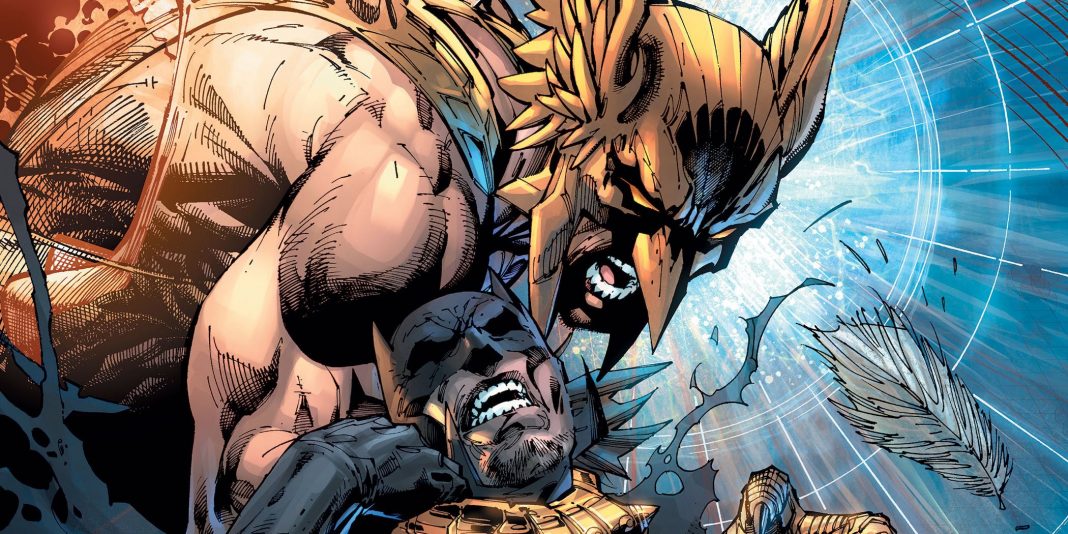 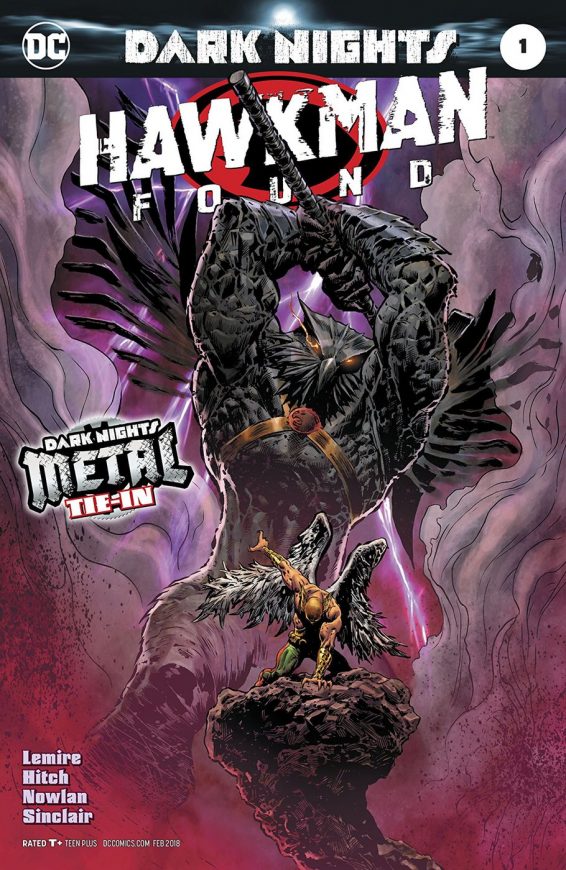 From the publisher: “One of DC’S greatest heroes is missing! No one has seen or heard from Carter Hall—a.k.a. Hawkman—in years. Reincarnated repeatedly since the dawn of humanity, Hawkman has spent his many lives uncovering history’s most fantastic mysteries, and now he has become one himself! Take a journey into the one of the darkest corners of the DC Universe as a mysterious man tries to piece together what happened to Hawkman, and how it all connects to the events of DARK NIGHTS: METAL!”

As we get to the end of the Dark Nights: Metal event, you’ve got to wonder what the heck happened to Hawkman, the guy that started the entire event off,  never to be heard from again.  As a result, Carter Hall has no idea who or what he is.  He has nightmares each night of himself as a winged form, crashing to the earth over and over again.  Figures from a ship hovering above his prison keep taking other prisoners away at random.  Carter climbs up to the ship and once inside the pieces start coming together.

I Love It When A Plan Comes Together

The book really brings a few elements together for the event series: bring back Hawkman, create a connection to the final pages of Metal #4, and help the story along started in Batman: Lost.  In mostly a inner dialog from Carter, the book pushes the story along quite well.  It isn’t until the final couple of pages where the story coalesces and you really get whats going on.  This is also where is starts to get really good (both from a story and art standpoint).  I’ve said it before: you really need to get every book in this series – main line and Tie-in.  The Tie-ins have been just as good if not better than the main line books.

One of the first flashes of Canadian talent is shown in the series as well.  Ontario-born Jeff Lemire is busy in his first Dark Nights: Metal book and really takes it in stride.  He’s a versatile writer (Moon Knight, Teen Titans, Royal City) that really sinks his teeth into this story.  Additionally, the art by the team of Hitch and Nowlan is perfect for this book.  An all around good addition to the Metal series.