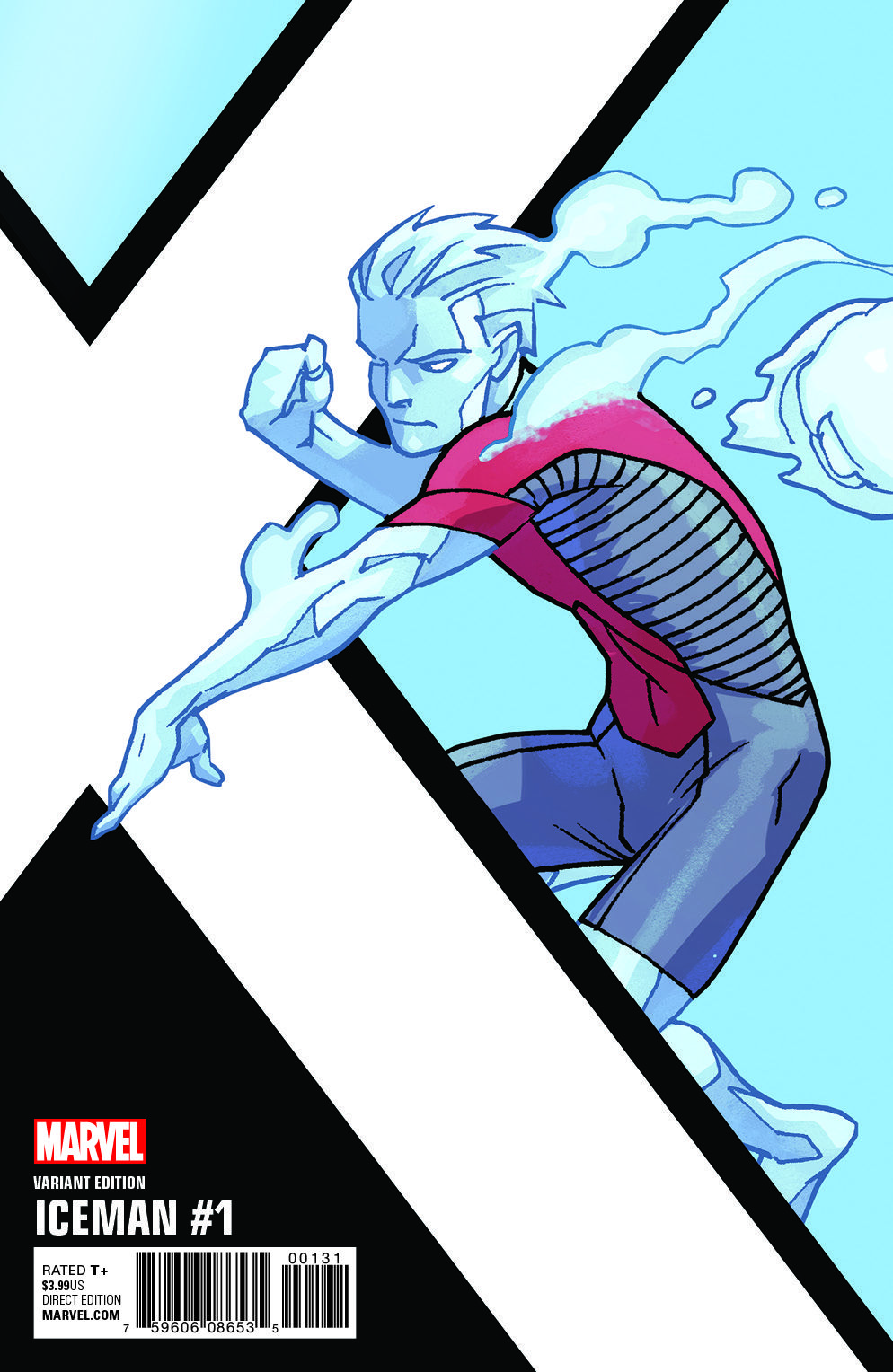 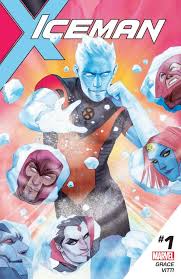 Ice. Ice. Baby. Stop! Collaborate and listen, Iceman’s back on a brand new mission or at least in a brand new comic. That’s right folks, the coolest member of the X-Men now has his own series. When I say coolest I mean that in the literal sense, of course, everyone knows the coolest X-Men character is actually Doop. However, Iceman should not be sold short. He is one of the originals, has a super bad @$$ (if not shrinkage inducing) power, and is the perfect character for a solo treatment. I just hope this series will answer the one question I’ve always had about this character: Have any of the X-Men every stuck their tongues to him in his ice form? I have no doubt Wolverine would have triple dog dared someone at one point.

Iceman is written by Sina Grace (Li’l Depressed Boy) and illustrated by Alessandro Vitti (Daken: Dark Wolverine). In this issue we see a day in the life of Iceman, training, dealing with family issues, online dating and of course kicking extremist whack job butt. I expect good things from this series, mainly because it’s goal seems to be to develop and expand on this character. Not an easy task for a character as old as this one, but I think Grace is up to the challenge. It’s nice to see a Marvel character grow over the years and 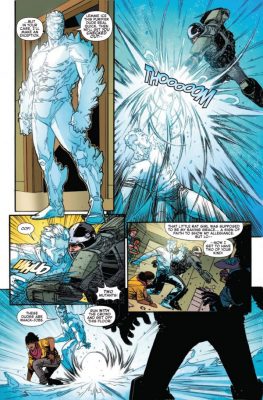 change in subtle ways oppose to drastic telepathy induced moral changes or overused sex changes. Instead Iceman has grown slowly learning truths about himself along the way. We are given a character that is lonely and trying to be happy, but at the same time has a overgrown sense of duty and need to help others. There are some great scenes that remind us why this character has endured soo long. The training scene with him and his younger time dis-placed shelf, is very entertaining both funny and visually pleasing. I also really enjoy the cockiness the character displays while taking on a crazed member of an anti-mutant group called “The Purifiers”. Not only does he deserve to have this attitude, but he backs it up with a full display of his bone-chilling powers. I usually prefer my comic art to look more cartoony than realistic, however this time I’ll admit it works for the more adult tone of this book. Vitti’s action scenes look great and give the eye lots to look at. One thing that was weird to me was how the mutant girl he meets in this issue dresses a lot like Jubilee. I also find it weird how much I like and want her stupid mutation.

Don’t give this book the cold shoulder, give it a chance and I know you’ll warm up to it. If you don’t check it out, I’ll get Suge Knight to hold you over the balcony of a penthouse suite. Or I’ll try an approach that’s more Vanilla. Anyway, catch up with one of the first X-Men and be reminded why you’ve always liked this character. If you forgot he was an original member then grab some back issues and remind yourself. Until next time, keep it cool as ice.