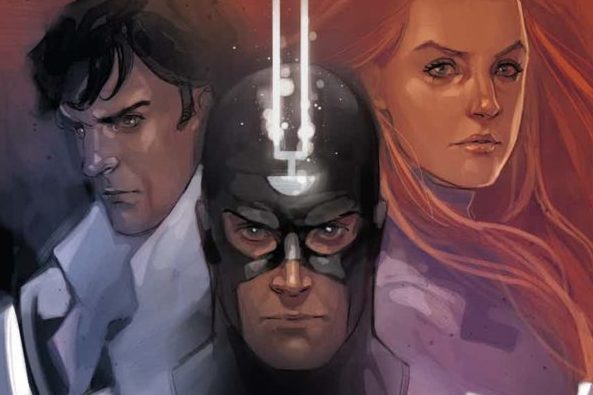 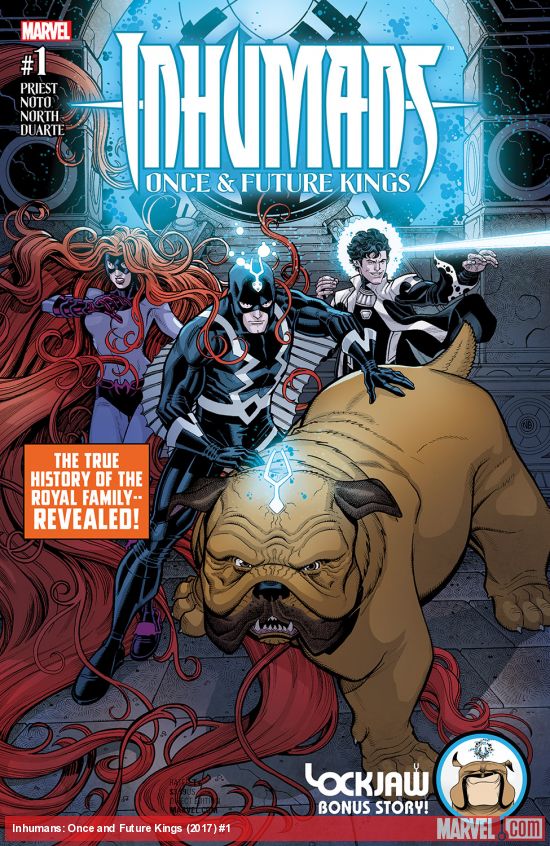 Anyone who reads comics and watches their media adaptations have been expecting some Inhumans lead up.  This fall ABC is rolling out another chapter in the Marvel television empire (as well as the MCU) and there will be tons of comics to introduce and support said series.  To that end, we have Inhumans Once & Future Kings – a prequel to the “main” story of the terragenically-infused inhumans.

From Marvel: “SOMEDAY, ALL OF THIS WILL BE YOURS! A king in training. A brother destined for madness. These are the early days of the Boltagon legacy. When the king of the Inhumans is attacked, Black Bolt and Maximus spring into action to save their leader! But when Black Bolt loses control, what are the consequences for his future kingdom – or his own family?”

The writer/artist combo in this book are some of the most well known in the industry.  The writing by Priest (known for his return to comics with Deathstroke but started with The Falcon and Iron Fist in the early 80s) portrays a people intent on aristocratic airs above all else.  Phil Noto’s art matches the content of the book well with an almost ethereal quality blending a watercolor style with blurs and reflections to make the subject matter appropriately god-like. 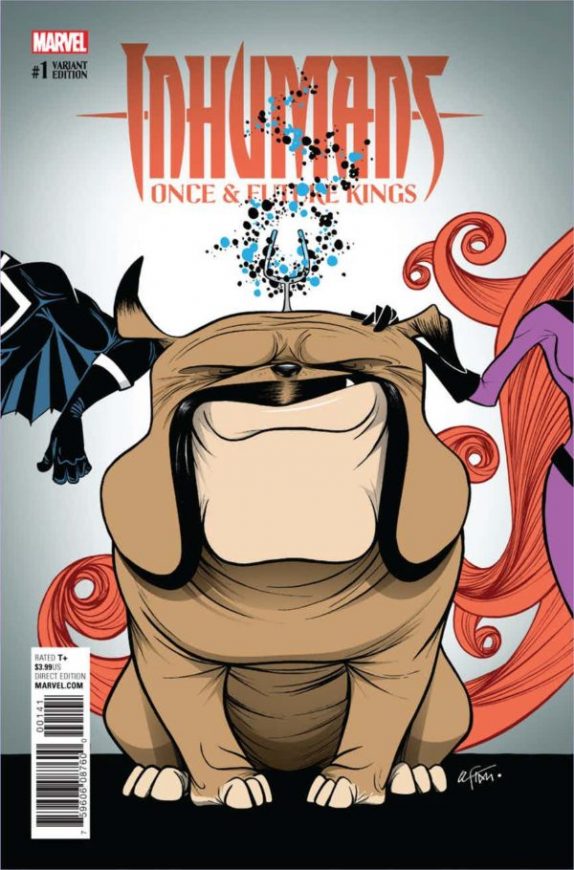 A two-page backup starring Lockjaw, as told by UNBEATABLE SQUIRREL GIRL writer Ryan North and artist Gustavo Duarte is included.  This light-hearted story featuring Lockjaw the dog and Ben Grimm playing a game of fetch is not deep, but it does lighten the heavy nature of the book overall.

A good book for veteran fans

While the book is overall well done – as someone who has not ready the Inhumans before I was lost to why they were doing what they were doing.  Additionally the dense nature of the conversation didn’t make it any easier.  Existing Inhumans fans should love this book – but new readers mind find it too daunting to jump in to.  Maybe it will be easier to read after we see ABC’s Inhumans on TV this fall…