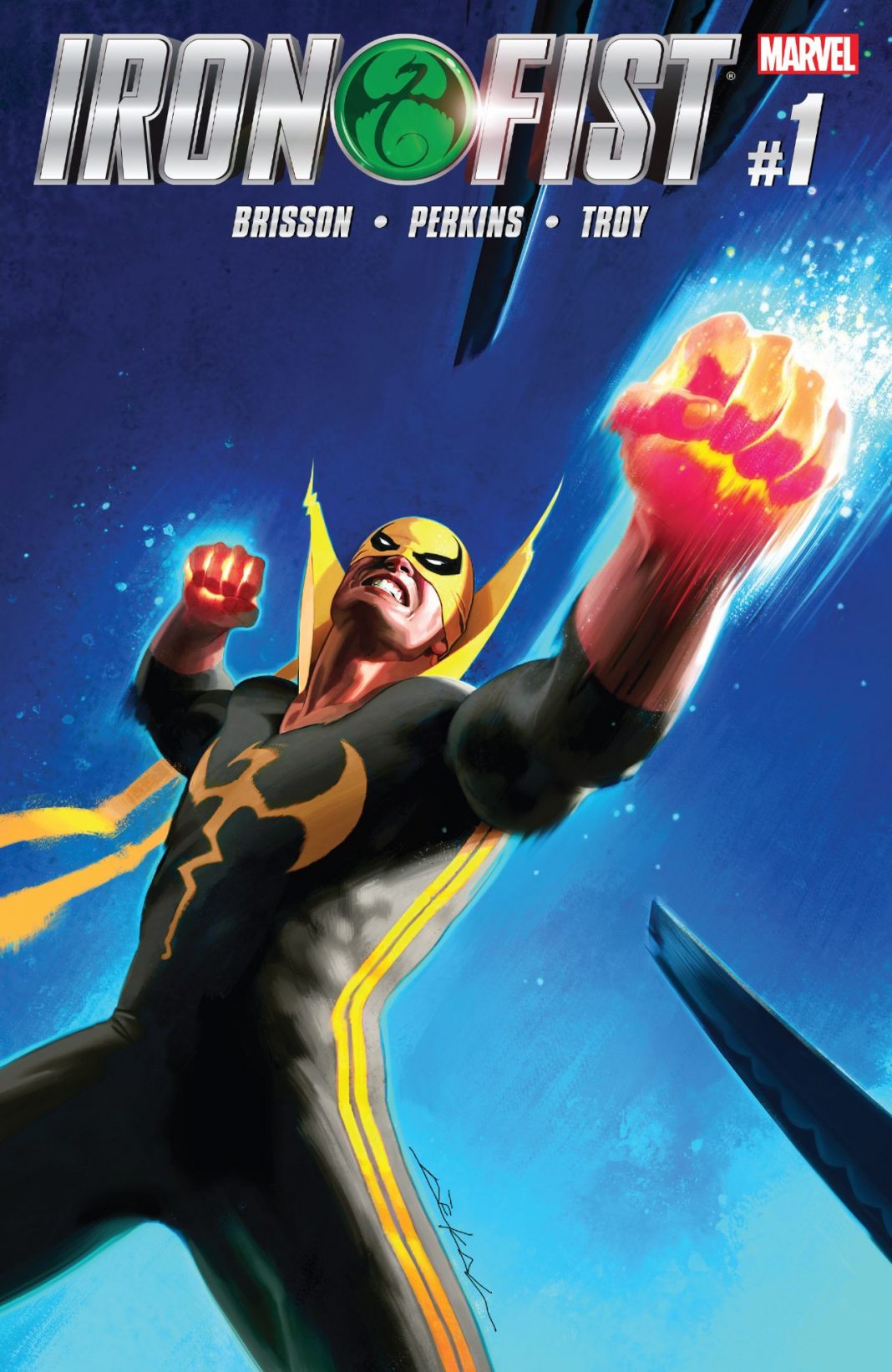 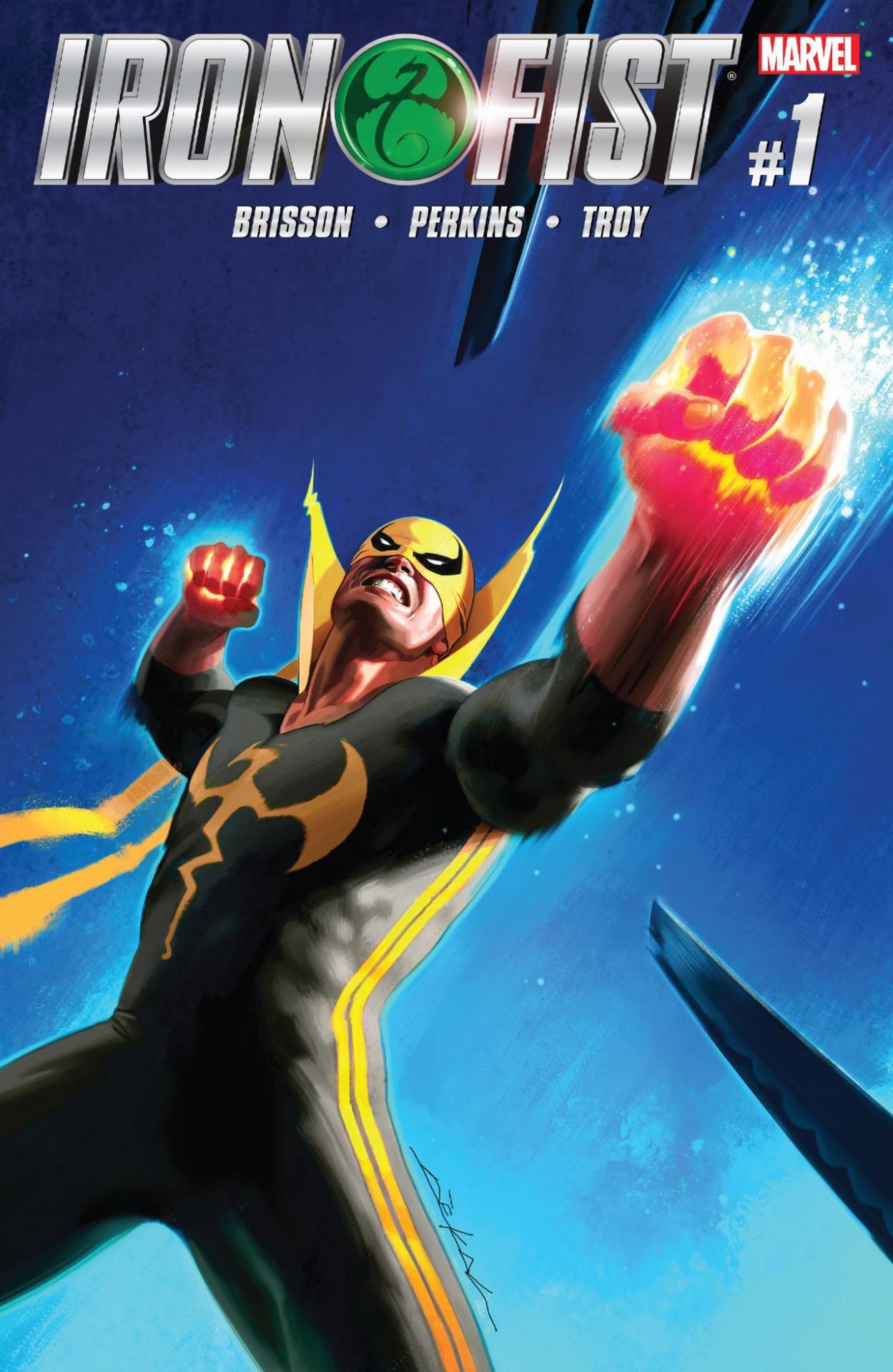 You are about to read a positive Iron Fist review. I know that this is a rare thing recently, mainly because of rotten critics who should be pelted with tomatoes. I know this is a review for the comic, not for the Netflix series. However, it’s an entertaining show and any critic who says otherwise should get a page 23 panel 6 to the side of the head. Haters be hating, but they shouldn’t be hating this comic. This comic is a knuckle pounding, side kicking, eye gouging good time!

In Iron Fist #1 written by Ed Brisson (Sheltered) and drawn by Mike Perkins (Captain America: Red Menace), Daniel Rand is throwing himself into fight after fight in an attempt to reignite his powers which were lost when K’un Lun was destroyed and his connection to it’s chi severed. However, a stranger appears and provides Danny with a possible solution to his problem. There are a lot of Iron Fist series, including the last- Iron Fist: The Living Weapon by Kaare Andrews- which was fantastic! Yet still, like David Carradine, these guys pull it off (don’t choke on that joke). This is a cool book! The fighting scenes capture the raw brutality of the illegal fights Danny participates in. You get to see lots of body parts krak and krnch.

The story is simple and it’s path seems pretty straight forward. It’s definitely heading in a 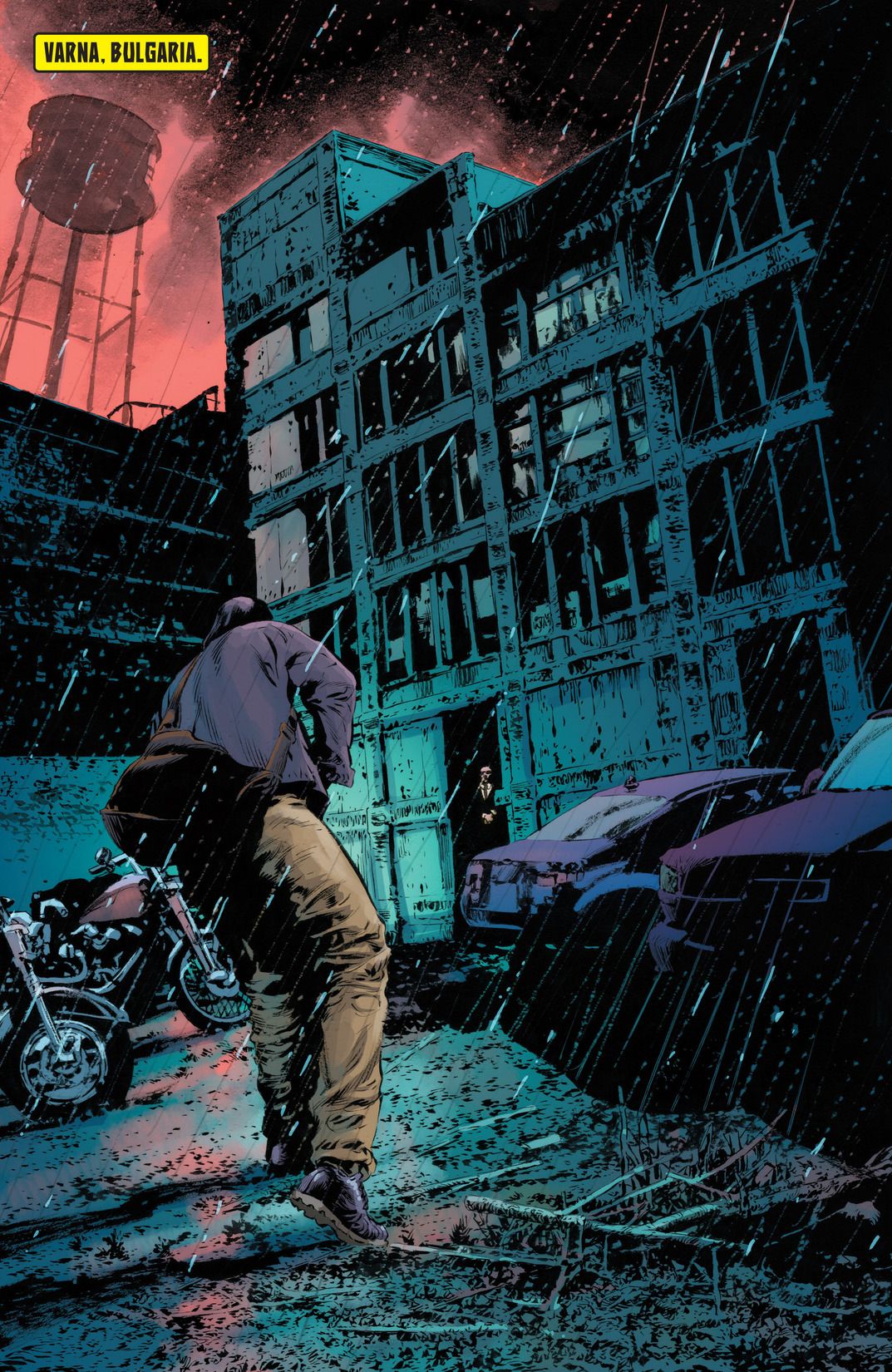 Enter the Dragon/ Mortal Kombat type direction, but honestly I think that’s a great place to take this character. I can only imagine the characters he will soon face, and the @$$ kicking fights scenes that are in store for this series. I really like the art in this book! It’s like watching a kung fu movie, it flows like a precisely targeted tsunami death strike. It grabs your eyes and pulls you into the action. Also the colouring by Andy Troy meshes perfectly with the art, it helps set the tone of the story. My favourite page is 23, it’s a totally throwback to kung fu movies/ the fantastic Kung Fu TV show, which I have always hand a soft spot for.

If you’re a kung fu fan or an Iron Fist fan you won’t be disappointed, this book is all kung fu and no panda. Serious side note though, Hong Kong Phooey is way better than Kung Fu Panda. Phooey is an icon and probably the only character next to Howard the Duck (he’s a master in Quack Fu) who could beat up Iron Fist. Anyway,  great action, great look, and a great time. You’ll be kicking yourself if you don’t read it, so pick it up. You should probably add it to your pull list as well, because I can sense things will get interesting. Until next time crank some hip hop music and meditate away. 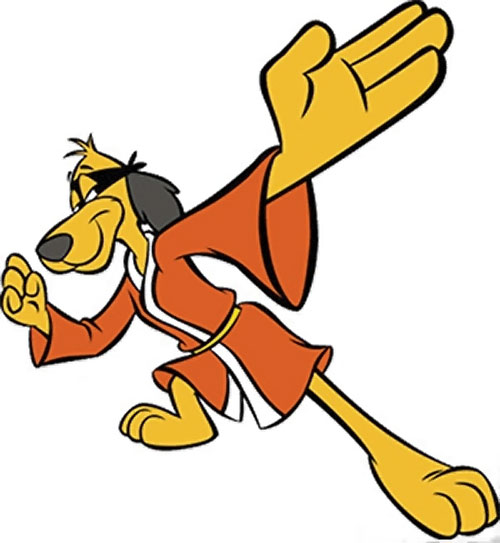