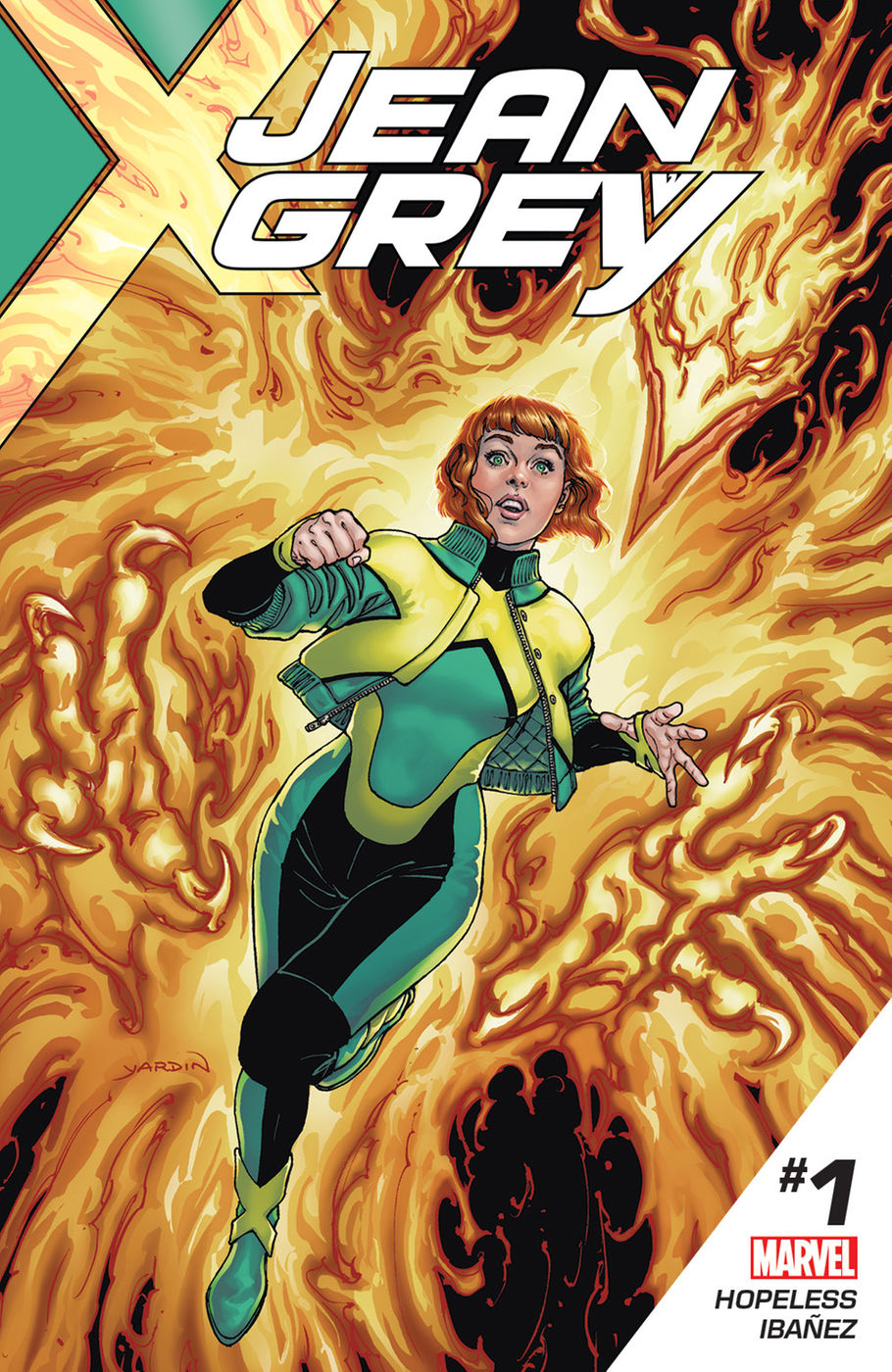 Written by Dennis Hopeless and Illustrated by Victor Ibanez 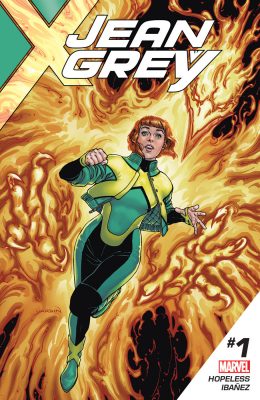 If you don’t know who Jean Grey is, she’s a rapper. If you don’t know who Jean Grey is in the Marvel Universe, you’re probably an Avengers fan. If you’ve read the last two sentences and all you can think is that you prefer your jeans blue, because they bring out your eyes . . . then you should stop reading. You are hopeless and not like Dennis, more like (Insert least favour/ most hated celebrity here). If you have continued to read, then you know Jean Grey is a part of the X-Men and you are ready to read my review.

Jean Grey is written by Dennis Hopeless (X-Men: Season One) and Illustrated by Victor Ibanez (Extraordinary X-Men). This book is about the time displaced Jean Grey, who was brought into present time with the rest of the original X-Men by present-time Beast to stop present-time Cyclops from committing mutant genocide (confused yet). This was all the way back in 2013 when Marvel Now started the first time. Since then things have happened, but the original youngsters are still in the current time and doing their own thing (as seen in the pages of X-Men Blue). Jean is just trying to live her own life and keep out from under the shadow of her future self. However, fate might have something else planned for her. This book is very entertaining,with a surprising amount of action and sassy humour throughout. My favourite parts in this book are when we see Jean in action, trying to use her powers in effective, non-destructive ways. Hopeless does a great job showing us her character’s strengths and weaknesses, both physically and emotionally. The action scenes are well thought out and paced, allowing us to witness Grey’s development as she learns and works to fix her mistakes. I think Hopeless will be able to give us a series that can actually bring new life into an old character, and keep things exciting and fresh. I’m very interested to see where he will take things. I have zero complaints about the art, in fact I really like it. From facial expressions to telekinetic car tossing, Ibanez doesn’t miss a stroke. The colouring is great too, it’s like they used fifty shades or something. 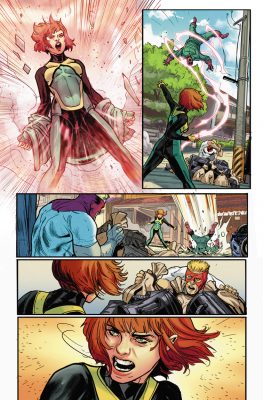 If you’re not a Jean Grey lover, this book may just be the one to change your mind. It’s got action, sass, super powered villains, and even a cameo from everyone’s favourite fire chicken. Just more proof that the new X titles are in it to win it. I don’t have to read your mind to know you want to get this book. You already know, I know, you know, so save us all the cosmic headache. While you’re at it pick up the other new X-men titles as well, I promise you won’t be disappointed.