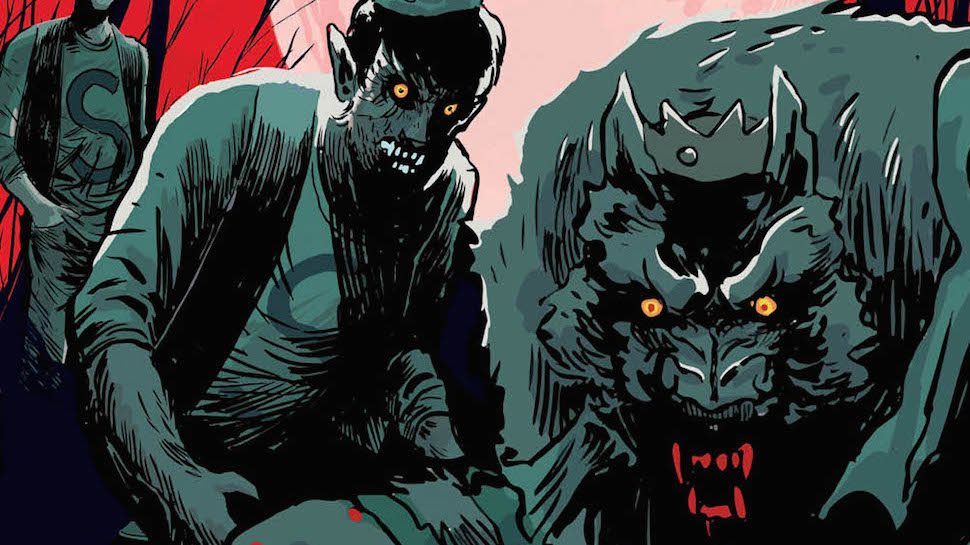 For years many people (myself included), have been entertained by the hilarious 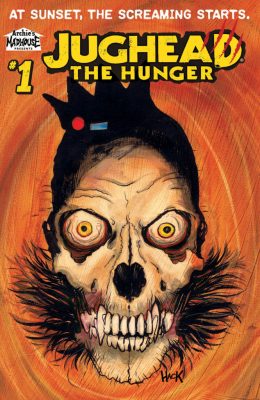 hamburger devouring hijinks of Jughead Jones. However, what happens when Jughead’s culinary tastes change from hamburgers to human flesh? Simple… the once happy streets of Riverdale, run red with blood!

Apparently that One Shot wasn’t hit with a silver bullet, because this series has come back to life. Which, in my humble opinion is a very good thing. This premise is too fun to pass by as a single issue, and there is just too much that should/could be done with it.

For me this comic takes me back to the days when I watched Archie’s Weird Mysteries, which is where my Archie fandom is based. This series captures everything I loved about that show, the creepy mood, campy energy, and tongue in cheek humour. Unlike the show however, there is a pleasant amount of gore, which is a must in any Werewolf story. 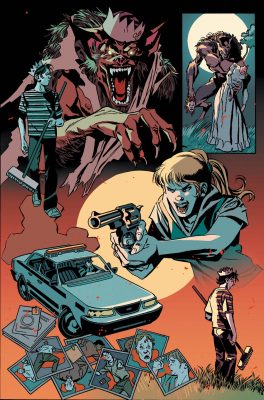 Frank Tieri brings us an entertaining story filled with all the classic Werewolf movie tropes, while still being true to the Archie characters/comics we all love. Even though the characters main motives have changed (mainly to goals of bloodletting), they still have the same quirks and characteristics we’ve become accustomed to.

The art by Pat & Tim Kennedy is eerily good, and the perfect fit for this spooky horror themed romp. The werewolves (spoiler alert) in this book are an awesome mix between American Werewolf in London and the Howling. I really like how they are portrayed. Which is big, creepy, and with mouths full of dripping drool. I also like the blood splatters throughout comic, it’s a nice little touch. At least I hope that was part of the book, if not I should probably burn my copy and wash my hands.

Jughead The Hunger #1 is a must read for horror and Archie fans alike. It gives us a fresh take on the lives of Riverdale’s favourite residents (one that isn’t an angsty, poorly acted, maple syrup covered mess), and brings us an entertaining werewolf story. If you’re troubled because you haven’t read the one shot yet, don’t worry about it. They do a good job recapping it (like Evil Dead 2 or Army of Darkness good), you’ll feel like you actually read it yourself. Plus it doesn’t affect the flow of the story in the slightest. So melt down your silverware, hide your hamburgers and get ready for a screaming good time.