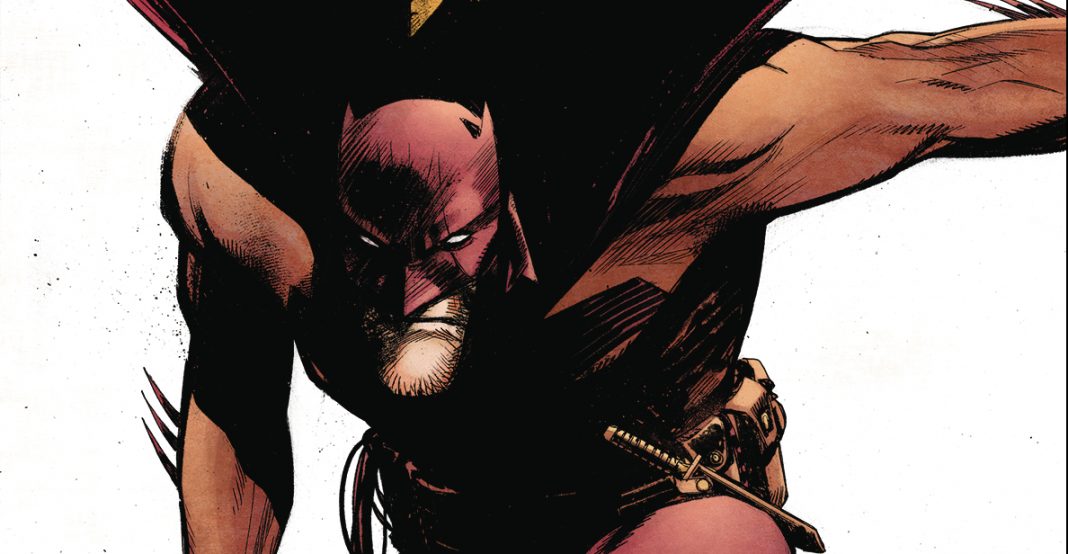 The new comics for July have been released and these are my highlights out of the #1’s coming in that month.

THE HUNTER! DARTH VADER is on the hunt for a mysterious criminal syndicate operating outside of THE EMPIRE’s rule. But little does he know he’s being hunted by a group of the galaxy’s deadliest bounty hunters, hired by the syndicate to take out Vader once and for all. Led by fallen Imperial Officer VALANCE, this ragtag group of assassins will stop at nothing to kill the biggest bounty of their lives.

It’s been nice over the last few years that we really haven’t had a bad Darth Vader story from the Star Wars run of comics. It’s nice to see these books that focus on the world around Vader rather than the Sith himself.

Writing and Art by Sean Murphy
Published by DC Comics
In stores: July 24, 2019

In this explosive sequel to the critically acclaimed blockbuster BATMAN: WHITE KNIGHT from writer/artist Sean Murphy, The Joker recruits Azrael to help him expose a shocking secret from the Wayne family’s legacy-and to run Gotham City into the ground! As Batman rushes to protect the city and his loved ones from danger, the mystery of his ancestry unravels, dealing a devastating blow to the Dark Knight. Exciting new villains and unexpected allies will clash in this unforgettable chapter of the White Knight saga-and the truth about the blood they shed will shake Gotham to its core!

People either love the original White Knight or hate it – there’s no in between it appears. However, the number that like the book is way higher than the latter so there’s no indication that Sean Murphy’s latest Batman book won’t be a hit.

Writing and Art by Walter Simonson
Published by Marvel
In stores: July 17, 2019

In the end, the gods gathered together and met their foes on the Battle Plain of Vigrid.  There, so the stories tell, the gods and their great enemies slaughtered each other, the stars fell from the sky, Midgard itself sank into the all-encompassing ocean, and the Nine worlds were destroyed. In this issue, Thor hears a voice out of the past and learns that not all the old stories are true and that the path before him now leads to Helheim, the land of the Dead. Walter Simonson, c of Star Slammers, Manhunter and the Alien film adaptation (with Archie Goodwin), and the definitive version (after Stan and Jack) of Marvel’s Thor presents the next thrilling chapter of his own post-Ragnarok Thor saga!

A new run of Thor books from the guy that made Thor awesome in the 80’s. There’s no other reason to pick up this book!

JANE FOSTER STARS IN AN ALL-NEW NEW ONGOING SERIES! A new hero emerges straight from the pages of THE WAR OF THE REALMS! For years, you knew her as Dr. Jane Foster, one of Thor’s most steadfast companions. Then you knew her as Thor, the Goddess of Thunder, who took up the mantle when no other hero – god or human – was worthy. Now Jane takes on a new role as Valkyrie, guide, and ferrywoman to the dead! But her days of punching are far from over. WAR OF THE REALMS master architect Jason Aaron and superstar Al Ewing (IMMORTAL HULK) join forces with rising star artist CAFU for the book that’ll have everyone talking!

What! Another Thor book in my picks? Yes – this one is more about the War Of The Realms connection that classic Thor – so it’s a bit of side of the coin type of thing.

And my dark horse pick for July is:

Betty, Veronica, and Predator-Archie have been left in the wreckage of their town, all their friends dead. Normally, they’d just go down Memory Lane and get home again where everything’s okay, but that’s no longer an option. It isn’t until they find an undamaged car and drive it down a different road where they can finally return to Riverdale-but their hometown feels different. And it’s made even more bizarre when they come face-to-face with a few people they’d never expect: themselves. Only different, newer versions. Little do they know, Predators on Mars are watching them-planning their next attack.

A few years ago, Archie comics released AvP with classic Archie artist Fernando Ruiz at the helm. And it was such a sleeper cult hit – so much so that I still hear people at cons ask for it because they missed it the first time. The crossover event that is so quirky that it works!

Also – those books that were only available in a big box store over the last year all start showing up in local comic book shops in July like Batman Universe and Wonder Woman Come Back To Me. This is in addition to the ongoing War Of The Realms event and the Powers Of X/House Of X books!