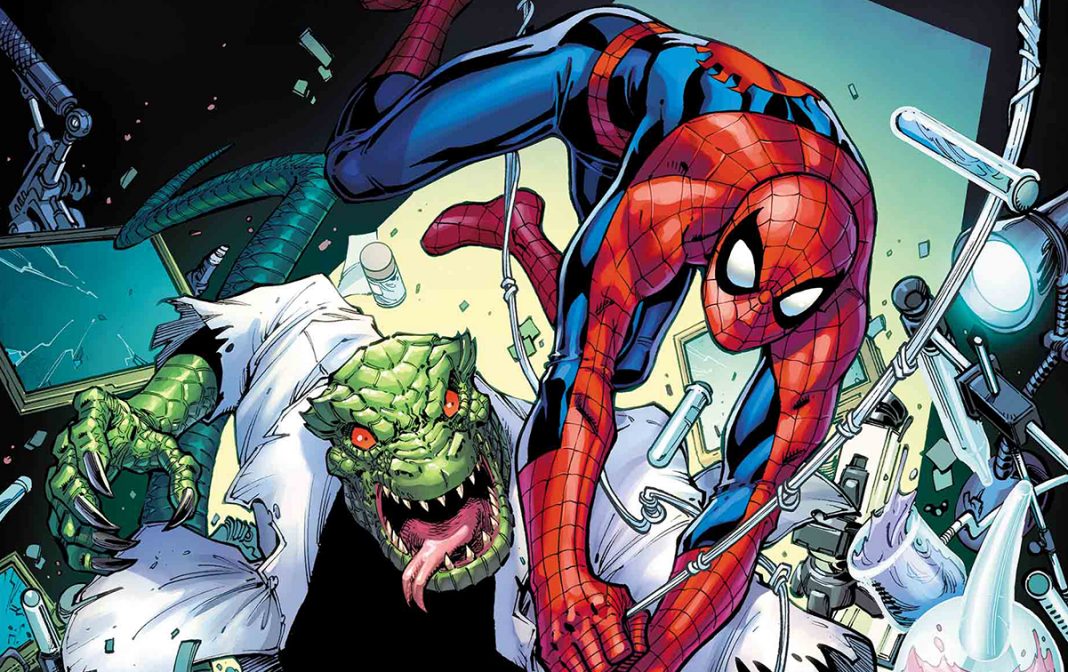 In the last six months or so, I’ve been posting the books that look promising in the newest announced month from the publishers. We’ve decided to move this article to the website. This is an attempt not to have it lost in the day to day discussion that is social media. We’ll still announce that the article is available on social media, but the main article will be here along with all links and images. To that end, here are the books that look cool in June. Get them on your pull list today!

From The Publisher: “HULK LEGENDS, PETER DAVID & DALE KEOWN, REUNITE! In his twelve-year stint on THE INCREDIBLE HULK, Peter David redefined the Green Goliath for generations of fans and creators. Artist Dale Keown drew some of that run’s most beloved and influential issues. Now the pair return to their incredible collaboration for a special oversized one-shot issue! Bruce Banner is tired of being the Hulk. Heck, he’s tired of being. But just when he’s about to lose all hope, a miracle occurs: a fight worthy of the Incredible Hulk.”

From ComicBookRealm.com: “It’s great to be working with Dale again,” David told CBR of the project. “Some of my favorite stories were produced during Dale’s time on the book, and I endeavored to produce a story that would hit all the high points that fans remember from those days. I can’t wait for the readers’ reactions to the story.”

From The Publisher: “From the burning world of Krypton to the bucolic fields of Kansas, the first chapter of SUPERMAN YEAR ONE tracks Clark Kent’s youth in Kansas, as he comes to terms with his strange powers and struggles to find his place in our world. DC BLACK LABEL is proud to present the definitive origin of Superman as rendered by the legendary comics creators Frank Miller and John Romita Jr.!”

From DC (click on the link for known variant covers): “This June, legendary creators Frank Miller (Batman: Year One/Batman: Dark Knight Returns) and John Romita Jr. (Daredevil: The Man Without Fear/The Amazing Spider-Man) will share their definitive origin story for the Man of Steel in SUPERMAN: YEAR ONE from DC Black Label. Beginning with the release of large-format periodicals in the months of June, August and October, the complete story will be available for collection in bookstores everywhere November 2019.”

From the Publisher: “Spinning out of GUARDIANS OF THE GALAXY #1, almost the entire galaxy’s defenders have been blown through a black hole, including the Silver Surfer! But the story doesn’t end there… In order to fight back the oblivion, Surfer will have to fight to save his own soul and not lose himself to the void. Follow the Sentinel of the Spaceways on a journey that will change him forever!”

From Editor Darren Shan on Marvel.com: “When Donny Cates wrote the first issue of the new GUARDIANS OF THE GALAXY series, we both agreed that Silver Surfer’s adventure wasn’t going to end there, that there was still more story to be told about what happened to all the cosmic heroes that got sucked into the Black Order’s wormhole. But Donny’s imagination really kicked into gear when artist Tradd Moore signed on! Readers won’t realize it, but SILVER SURFER: BLACK is a culmination of everything Donny has been writing since his THANOS run. And Tradd Moore is delivering some of the craziest visuals seen in a Marvel Comic today!”

From The Publisher: “PETER PARKER’s got a real shot – a chance for a spot in a competitive Empire State University program as a high school student.  Nothing’s going to keep him from his goal…unless the old Parker luck strikes again!  And a crime boss’s interference with an experiment of DR. CURT CONNORS threatens to do just that, as an unexpected run-in heralds the return of the deadly LIZARD!  But if SPIDER-MAN is going to save the day, does that mean Peter Parker will have to sacrifice his future?  A tale of great power and the cost of responsibility in the mighty Marvel manner!”

From Newsarama.com: “Whether you know him from the comics, the films, the games, the animated series…this is a Spider-Man vs. the Lizard tale for you! The story is classic Spider-Man—and it’s peak Peter Parker,” teases editor Basso.

And my dark horse pick for June is:

From The Publisher (in what could be the longest solicit in history): “Where were you in ’81? When the White House goes dark for 17 days in August, the president’s spoiled daughter and her best friend Abe-who claims to be possessed by the spirit of Abe Lincoln-throw a rager at 1600 Pennsylvania Avenue, unearthing long dead historical figures and government secrets that are better off buried. Sex, drugs, rock ‘n’ roll séances, and secret passageways lead to time-bending mystical romps where past and present collide. But at what cost to Marilyn Kelleher, the world at large, and music television?

“We’ve been trying to capture the feel, the excitement, the energy of the rise of the New Romantics, of the decade that embraced excess and excitement in hugely over-the-top ways, and filled it with chaos and insanity. This is the weirdest thing I’ve ever written in the best way possible, like an apocalypse directed by John Hughes.”

Check out the June 2019 releases by Publisher listing we have on the left side of the main Alphacomics.ca page. Remember to use our resources to manage your comic needs: Upcoming For Popular Franchises, Last Call, New Releases and Statistics (top subscribed books at Alpha).

*Release dates may change without notice.