Image Comics has revealed all four of the covers for Mark Millar and Frank Quitely’s Jupiter’s Legacy #1. Cover “A” by Frank Quitely. Cover “B” by Bryan Hitch. Cover “c” by Dave Johnson. Cover “D” by Phil Noto.
Check them out below. 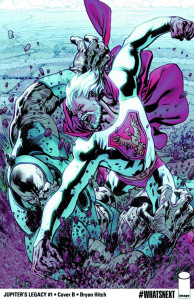 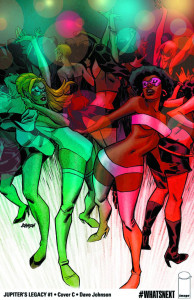 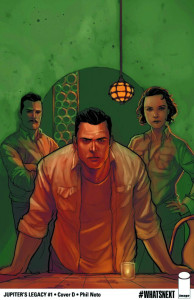 The comic-book event of 2013 finally arrives as superstar creators MARK MILLER and FRANK QUIETLY give us the superhero epic that all future comics will be measured by. The world’s greatest heroes have grown old and their legacy is a poisonous one to the children who will never live up to their remarkable parents. Unmissable.

Want all four covers? As Chris at Alpha Comics to reserve a set for you. Only $3 each. Arrives April 24th.