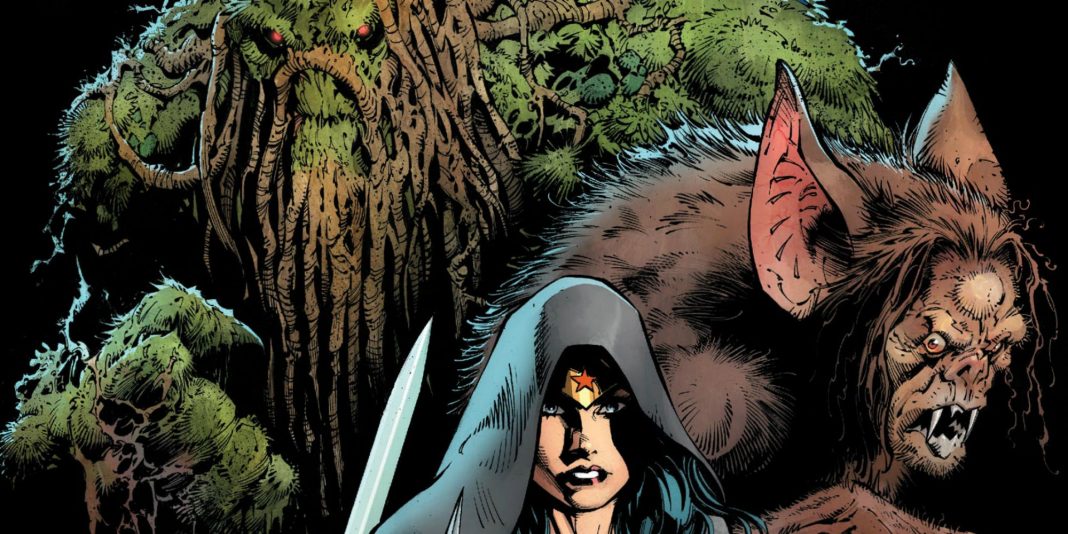 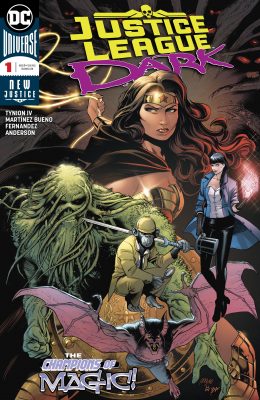 I know what you are thinking, nothing scares you nowadays. You’ve seen it all. You’re a really tough cookie. But I know the truth. I know that when the light begins to change you sometimes feel a little strange and a little anxious in the dark. I also know that you have a constant fear that something is always near and a phobia that someone is always there. I’ll tell you what though, your fears have never been more valid. There are horrible things in the darkness. Things that not only threaten to end all magic but all of humanity as well! And that’s not the worst of it. The worst part is . . . the only ones that can stop this evil hang out with a bearded monster and a mystery-solving monkey.

After the Justice League broke the source wall, magic all over the DCU has been going haywire and turning on those that wield it. Because of this, the Justice League has sanctioned a new division tasked exclusively with solving the mystery behind these magic anomalies, and “luckily” for Wonder Woman she’s been appointed team lead. However, since magic types tend to stick to themselves Wonder Woman may be forced to scrape the bottom of the barrel when it comes to finding teammates. Unfortunate for her, but great for us. Why? Because it gives us one of the most bizarre JL rosters to date! I for one couldn’t be more excited for this group. This macabre dream team consists of Wonder Woman (of course), Zatanna, Swamp Thing (with a bad @$$ beard), Man-Bat, and Detective Chimp. If that list didn’t just peak your interest, then nothing will. 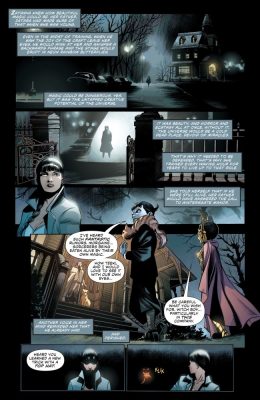 James Tynion IV (Detective Comics Rebirth) is taking us into the shadowy parts of the DCU and we may never be the same again. Especially if the Upside Down Man is as unnerving as he looks. So far the mystery is just beginning, but there is a lot to explore when it comes to the supernatural side of the DCU. This ragtag team will definitely have its work cut out for them and will no doubt pee their pants on more than one occasion. I’m interested to learn more about the Otherkind and can’t wait to see the grotesque horrors this team will take on.

This journey into the dark is illustrated by Alvaro Martinez Bueno (Batman Eternal), and frankly, he’s a perfect choice. Martinez has a great gothic style that really thrives in a supernatural setting. He captures the atmosphere of the comic and taps into the creepiness of the unknown. His monsters are the things of nightmares, especially the Upside Down Man. We only see a glimpse of him in this book, but if you look up artwork for upcoming issues you’ll see what I mean. If Martinez can continue to conjure up grotesquities like that, then we are all in for a real treat. And that’s no trick.

In my opinion, one of the best titles of the New 52 (besides Batman of course) was Justice League Dark. It was fresh, exciting, and gritty. It was also a huge shame when it ended. However, like all dead things it has risen from its grave as is just as promising as it’s predecessor. This series looks to be just as gritty and exciting as Vol 1 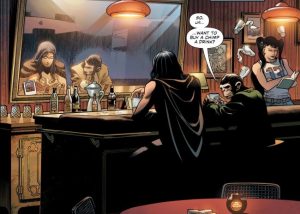 and brings us a brand new and truly bizarre team. The possibilities with these characters are endless and it is a mystery to me where Tynion will take them. I’m almost positive it’ll be to a very Dark place.