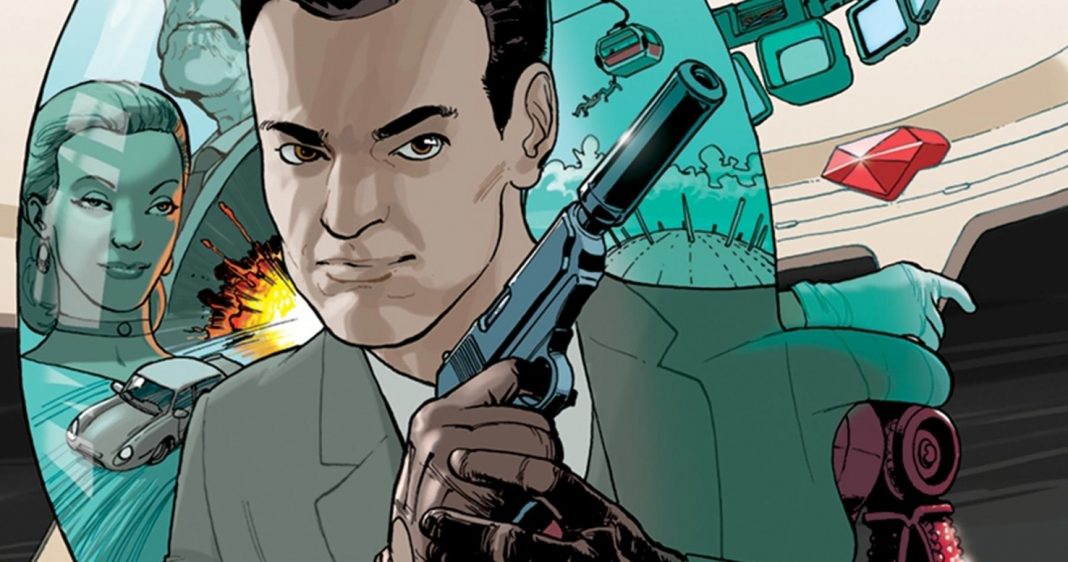 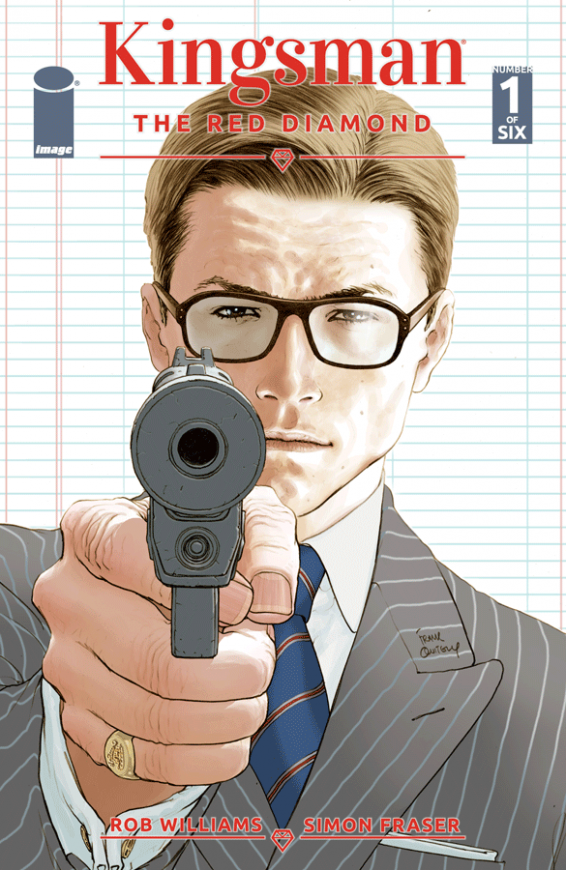 From Image: “Kingsman: The Golden Circle (starring Channing Tatum and Colin Firth)is in cinemas in September, and we’re launching the sequel to the hit comic book series by MARK MILLAR and DAVE GIBBONS with KINGSMAN: THE RED DIAMOND. Working-class super-spy Eggsy follows in his mentor’s footsteps but is still rough around the edges for a Kingsman agent. Rejected by his high school crush and hot on the heels of a rescue mission to save Prince Phillip, he embarks on an international terror plot in a story that starts where James Bond draws the line. ROB WILLIAMS (Suicide Squad, Action Comics) and SIMON FRASER take the helm for this stunning six-issue miniseries.”

As a long time Bond franchise fan, I was initially skeptical of the Kingsman concept.  It looked like a rip-off of the beloved property.  I didn’t read the original Mark Millar comics for this reason alone.  And it was a mistake.  Like many others I saw the Kingsman Secret Service movie and was blown away about how much it wasn’t Bond.  It was irreverent.  It was campy.  And it was extremely sarcastic.  As a result I went back to the comics for which it was based and found it to be an enjoyable romp into the ridiculous.  Think of the comparison of Spider-man vs Deadpool. Spider-man is witty and action packed where Deadpool takes the concept over the top.

Kingsman: The Red Diamond doesnt deviate the from the formula at all even though its not written by Millar and Gibbons.  The dialog is sharp and not afraid to jump into sacred territory (Eggsy punches out Prince Phillip).  As a result, Diamond is fun to read and with a short run of issues you know it won’t overstay its welcome.

Writer Rob Williams does not have a deep background in the mainstream.  Writing for existing properties like Star Wars, Ghostbusters and Judge Dredd seem to be his thing.  Don’t get me wrong: this means that he’s perfect for this book.  Additionally, the art by Simon Fraser is well done and portrays the story well.  Simon has much the same pedigree as Rob (Dr. Who, Judge Dredd, etc) and in this they work well together.

In conclusion, if you are a fan of the franchise or just a fan of sharp humor – pick up this book.  With only a short run (only 6 books in this series) this series results in a quick taste of Kingsman.  In addition, you can always go back to the Millar/Gibbons series – the trade paperbacks have been out for quite some time.  If you do like this book – think about also checking out the James Bond series.