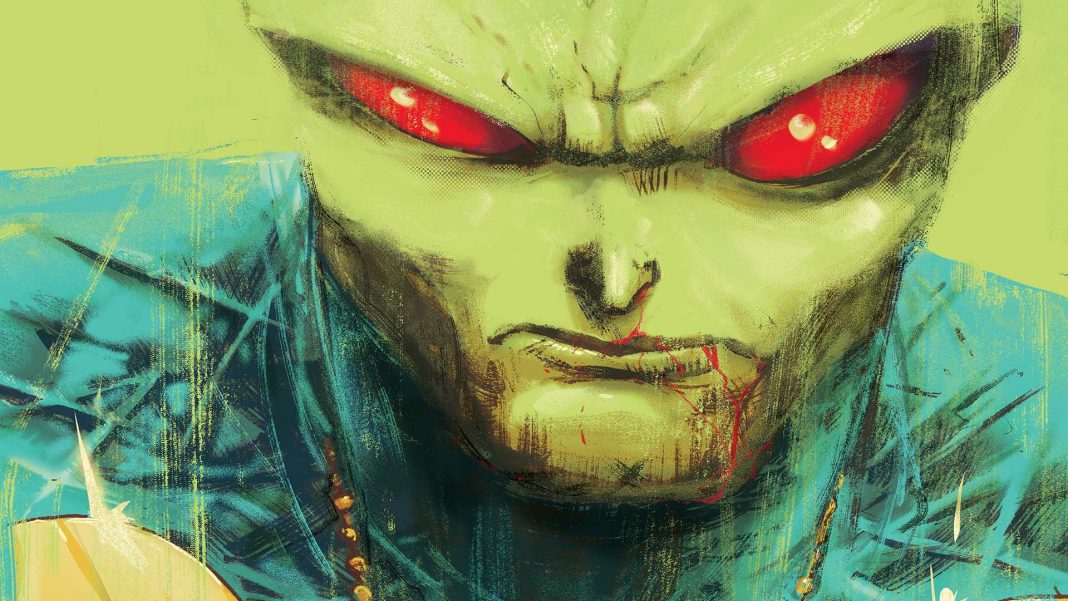 Aliens are among us! And even worse they have the ability to arrest us! Or at least 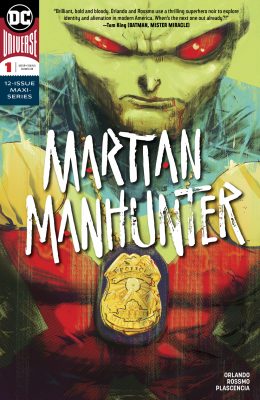 John Jones (a.k.a J’onn J’onzz) does. He’s a Martian who spends his days disguised as a human detective, but he’s about to stumble upon a case that’s as out of this world as he is. A grisly homicide leads Jones and his partner into an investigation with possible ties to his past and certain trouble for his future. Get ready for The Martian Manhunter as you’ve never seen him before, in a story with a little bit of violence, a little bit of sex, and a whole lot of mystery.

Reading Your Rights Out

The Martian Manhunter first appeared back in 1955 on the pages of Detective Comics #225. So it’s fitting to give the character a gritty mystery series that calls back to his detective roots. Not only is Steve Orlando (Batman/The Shadow) spinning out an interesting whodunnit, but he’s also giving us a fresh look at the character’s origins. Reshaping certain aspects to give us a more complex and troubled hero that we can relate to and possibly even feel for. I really like the conflict he is introducing into the Manhunter’s past, it’ll be very interesting to see how things transpired on his doomed home plant. Perhaps there is more to the Manhunter than we realized. Got to love a good mystery! 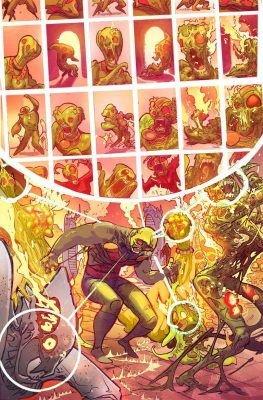 The one thing that is definitely not a mystery is the quality of the artwork in this book. As soon as you see the name Riley Rossmo (Death Bed) on the cover you know you are in for some killer illustrations. I’m a big fan of Riley’s art style and I know I’m not alone on that one. He has a unique look that fits relatively well with a series like this, which calls for a look at the darker side of the DCU. Once again he doesn’t disappoint. This book delivers all kinds of bizarre and interesting visuals from gruesome crime scenes to Martian mating rituals. What more could you possibly want?

Houston, We Have A Problem

I did have one tiny issue with this book, but it has nothing to do with the creators. What bugs me is what the publisher did to the cover. The cover art is one of the coolest things I’ve ever seen and in my opinion the best depiction of the Martian Manhunter to date. So why in the world would they cover up the top with a testimonial? It looks ridiculous and takes away from the art. I hope this is a fad they quickly get over. Save this crap for the back of the trade.

Take This To Your Leader

Martian Manhunter is a 12 part series you won’t want to miss. It’s bound to be a real page-turner with shocking revelation after a shocking revelation. Plus the art by local artist Riley Rossmo is a treat to both Human and Martian eyes alike. Whether you’ve been reading Martian Manhunter for years or had no idea he existed until now, this book is a must read and should be a welcomed addition to your pull list.