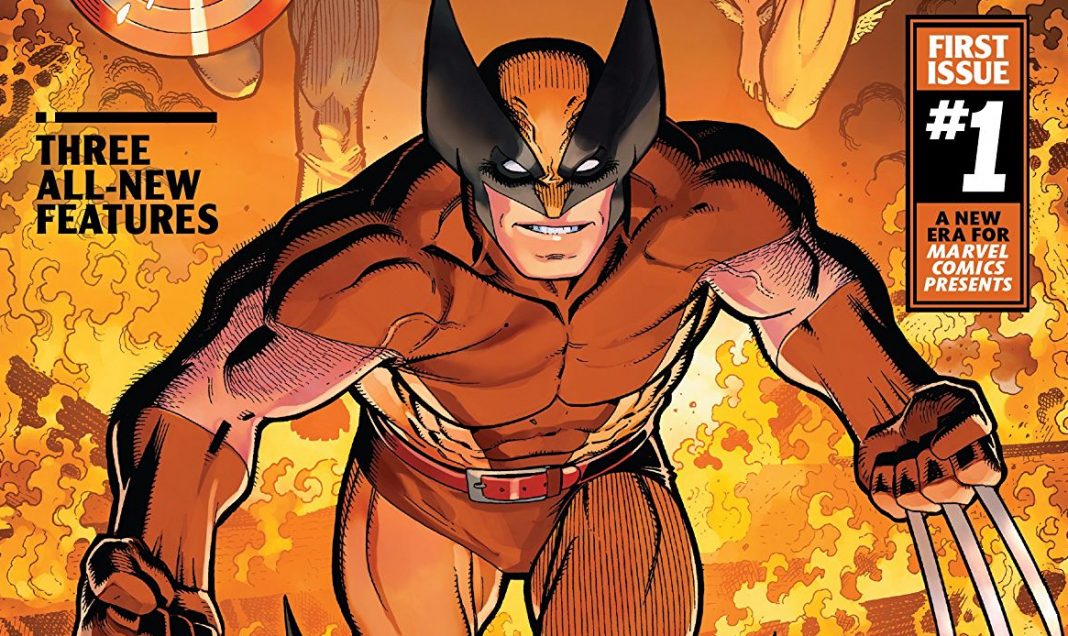 From The Publisher: “Three titanic tales celebrating the first decade of Marvel stories! First — an all-new tale of the man they call the Wolverine begins in the 1940s! Then comes Captain America, the first Avenger of World War II still fighting for freedom today! And finally, the untold tale of Namor and the atom bomb!”

Technically, we are looking at Marvel Comics Presents, Vol 3. Whereas the original series from back in 1988 was Vol 1. The resurgence of the series as Vol 2. had a short stint in 2007/08. This brought the series to 175 bi-weekly books. When it first started, it was mainly a platform for X-Men such as Wolverine, Cyclops, Havok, and Excaliber. However, as of #39, Wolverine was basically the spotlight character. Later on, the series started to split the book between two characters. The series was notable for its Weapon X storyline, introducing the world to Wolverine’s origin.

In this new iteration, we are looking at three different stories. Again anchored by Wolverine, this first book throws Captain America and Namor into the mix. The Captain America story is wholesome and carries a message for the kids. Namor is a cautionary tale set against the atomic bombs dropped on Japan in the 40s. However, it’s Wolverine that takes the spotlight here and clearly is a story arch over several books (whereas the other two are standalone stories).

Wolverine’s story is backlighted by World War II. The Nazi’s are once again trying to find the ultimate weapon to extend Hitlers 1000 Year Reich. As a result, things get away from them and require intervention. Logan is a soldier in the war and the only one close enough to provide said intervention. It looks like its tied up in a pretty little bow, but who really knows.

If you are a fan of good old fashioned stories, then this book is a pickup. For those who are missing Wolverine now that his recent series has ended, then line on up to pick it up. It will tide you over until Logan gets another book of his own.