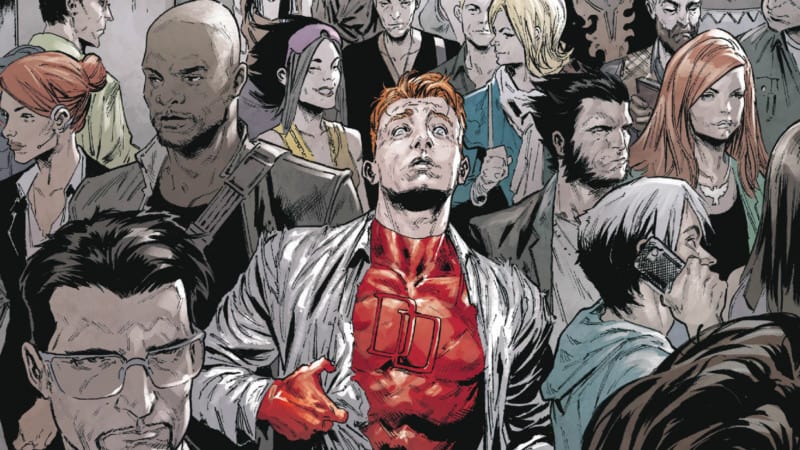 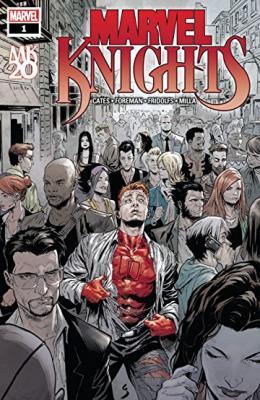 Remember all those times that Daredevil beat the crap out of Hell Kitchen’s no good criminal element? Neither does Daredevil, and he’s not the only forgetful frank. Just ask Frank Castle. Marvel greatest heroes have all forgotten who they are, but at least Donny Cates has not forgotten how to write a good comic.

Matt Murdock finds himself in a graveyard at the tombstone of a person he doesn’t remember. Full of questions and short on answers. Who can the man once called Daredevil turn to? Can he really trust Frank Castle, the mysterious cop who claims to know who Matt really is? Who is behind this bizarre forgetfulness and can it really be reversed? Sounds like Murdock is in for a hard day’s Knight.

The Marvel Knights imprint has a reputation for spinning some gritty hard hitting tales, so who better to revive it than Donny Cates (Cosmic Ghostrider). Cates has the ability to write compelling stories that take well known characters into unknown territory. He has already been proving that with his run on Venom and will not doubt continue to prove it with this miniseries. Cates is presenting us with an intriguing mystery that will keep us guessing and wondering until the very end. With the involvement of some of Marvel’s most violent heroes there’s no doubt we’ll be in for a blood splattered thrill ride. It is also interesting to see the characters he has chosen to include into this story and the different ways he has chosen to use them. 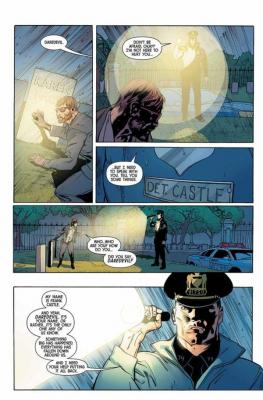 I may have been expecting the interiors to have a grungier more noir type feel, with darker shades a not a lot of bright colours, but that’s really not a big deal. There are some pages like page 1 and 24 – 25 that capture the tone I was expecting, so I’ll settle for that. Minus my issues with the colouring, the artwork fits just fine. Nothing mind blowing, but it does the trick. If Travel Foreman illustrated this like he did Animal Man New 52, it’d be a whole different ball game.

If you’re looking for a well written mystery with a cast of edgy characters then this book is right up your alley. It should prove to be hard hitting and there will definitely be blood. I mean, the Punisher is in it after all. It may not exactly be on level with the Marvel Knights of old, but it’s still an entertaining revival.