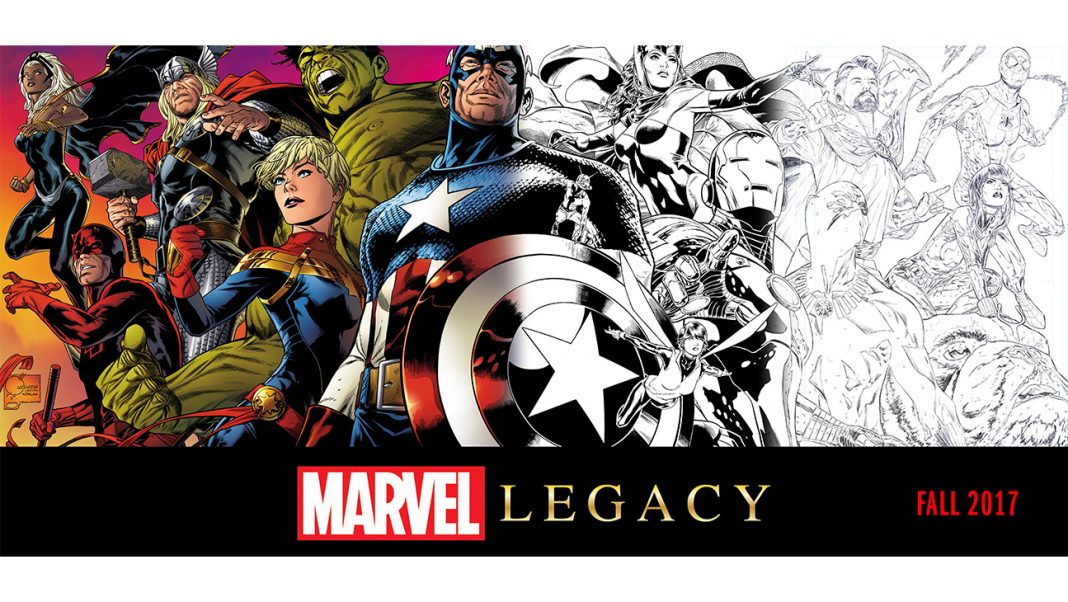 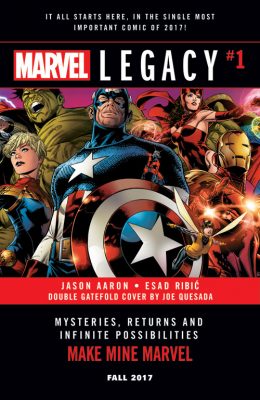 Ladies and gentlemen! Boys and girls! Individuals of all ages! Step right up, and prepare to be amazed That’s right folks. . . Time to recycle those crystal balls, because they are officially obsolete. Marvel Legacy #1 is your first look into the upcoming relaunch, and some of the new titles/new stories accompanying it.

If you’re not sure what Marvel Legacy is, then you’re probably a DC fan. Which means I can put it in words you’ll understand . . . It’s Marvel’s version of Rebirth. It’s also Marvel’s version of Marvel Now, All-New All-Different Marvel, and All-New Marvel Now (hopefully this relaunch stays launched). 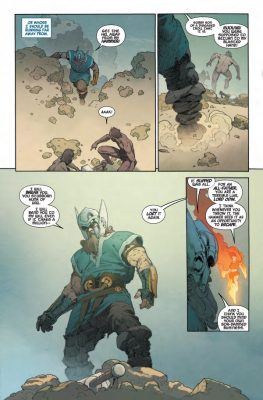 With Marvel Legacy, Marvel plans to bring us new titles, new creative teams, and (the boldest part) new numbering. A.K.A. Legacy numbering, which means they are adding up the different runs of certain titles to give us bigger numbers. This is probably the part spawning the most skepticism, mainly due to the randomness of some of the titles being included. For example adding Superior Spider-Man into Amazing Spider-Man. You’d think collectors would be more excited if that particular title started at 701, but what do I know. However, in the end it should all come down to the quality of the story and art not the numbering. If this book tells us anything, it’s that the possibility for interesting and exciting stories is very high (almost as high as the person who pitched a weekly Avengers book).

Marvel Legacy #1 gives us a well paced story that bounces us from character to character, and show us where things currently stand in the Marvel Universe. Jason Aaron (Thor: God of Thunder) spins a tale full to the brim of set up, but still manages to keep things interesting and keep you guessing. My favouite part of this book is the Avengers 1,000,000 BC stuff, it looks incredible! So wonderfully out there, and what an exceptional group of team members. That’s not all this book has to offer though, there’s also a obligatory fight scene between two slightly more obscure characters. Then of course, there’s the thing everyone will be talking about . . . Which is the long awaited return of a fan favourite. Pretty exciting stuff!

All this and more, is brought to life with the art of Esad Ribic (Secret Wars), Steve McNiven (Uncanny Inhumans) and millions of additional artists (if I list them all this article would take years to read). The art looks great. There are many different styles, each character segment has it’s own artist. Most likely these are the artists actually working on the showcased titles. I really like the look of Johnny Storm and the Thing, and not just because Marvel 2 in One is the other main book I’m interested in. The Thing looks like one mean @$$ mama jama. I’m also digging the art in the Captain America segment as well.

This book is an essential read for those interested in the upcoming Legacy relaunch. It gives you a glimpse of what to expect from the new crop of comics coming our way. Plus, it introduces what will no doubt be the greatest Avengers book of all time! If you disagree with that, perhaps you missed that this team has a mammoth mounted Ghost Rider. That is literally the ONE thing the Marvel Universe has been missing all this time.

Reading this issue will absolutely make it easier for you decide which great titles to get behind. When and/or if you ever figure that out, make sure you add them to your list. 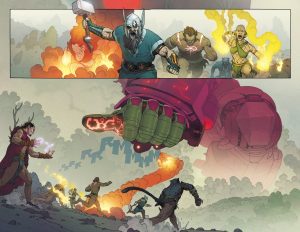