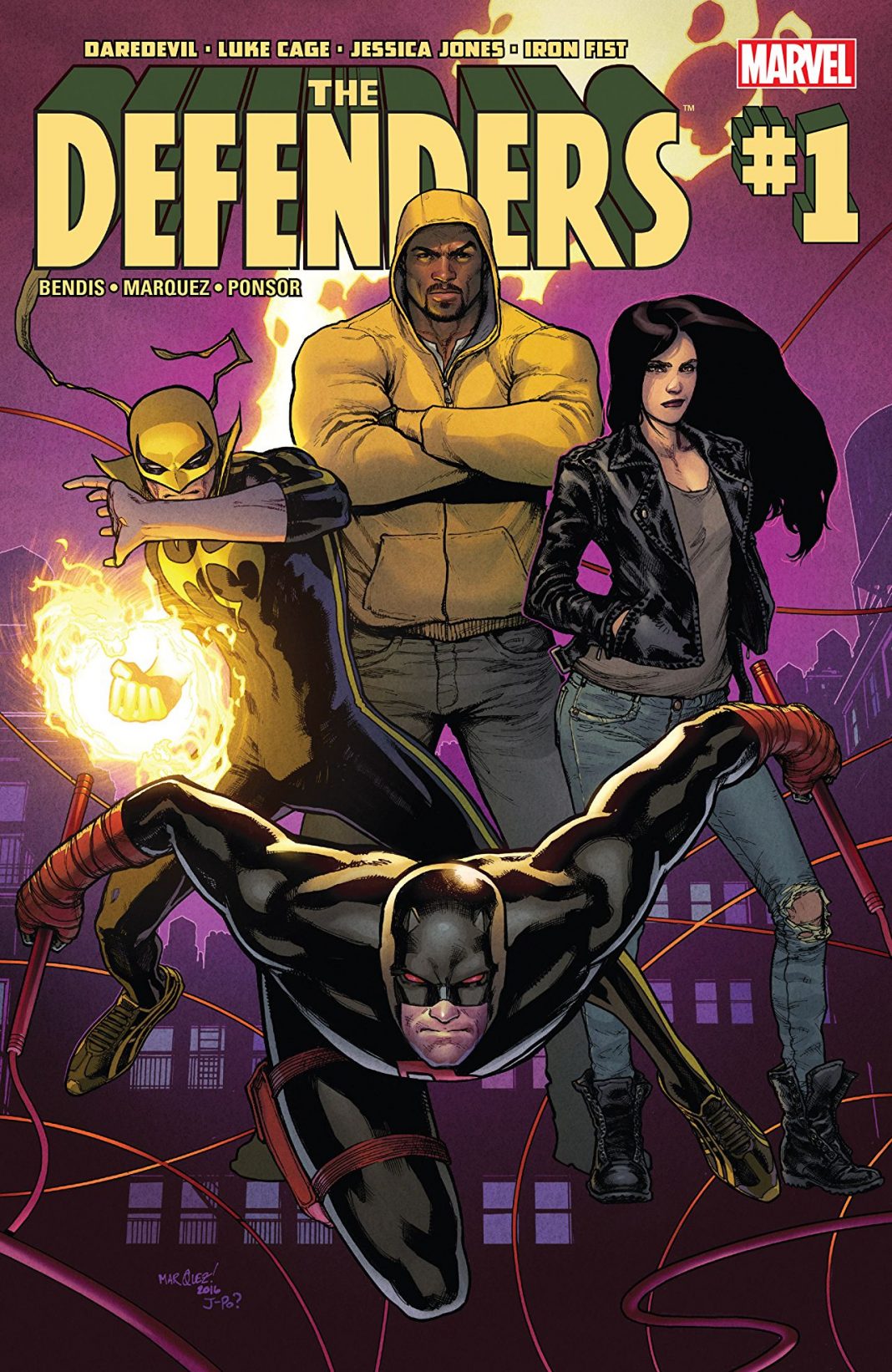 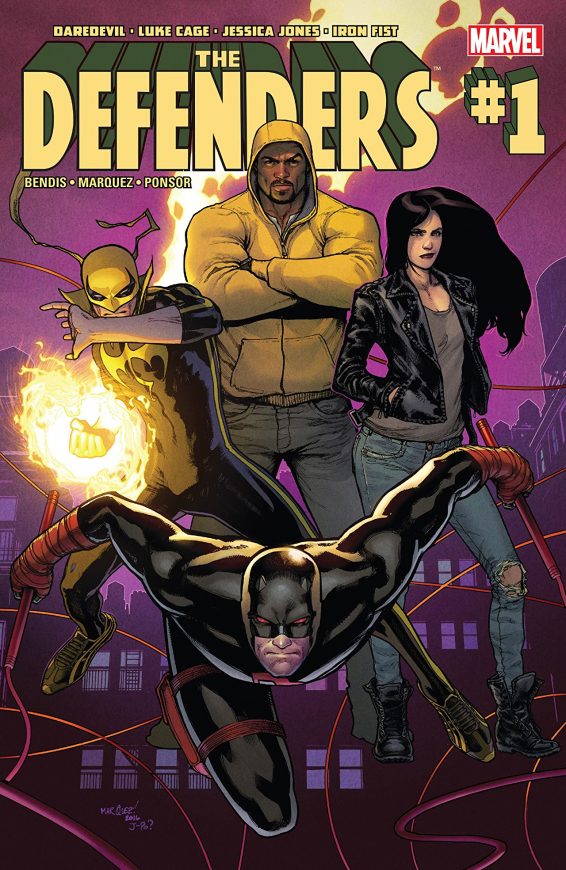 In recent months we’ve seen new releases from all the main characters in DEFENDERS leading up to this united front.  Sound familiar…cough…Netflix…cough?  Bendis is quite well known at this point for basically bringing every major Marvel event of the last few years into play (Age of Ultron, Civil War II, etc) as well as helming a great deal of Marvel’s tentpole titles over almost 10 years with them.  Marquez is no slouch either – inking such titles as Guardians of the Galaxy, Iron Man and Wolverine.  This book is helmed by the best Marvel has to offer – but does it live up to the hype?

The story starts out with all four characters attacked at the same time by DiamondBack putting Jessica Jones (now married to Luke Cage) in the hospital and the other three rushing to her side.  A good portion of the exposition in this book is used the quickly introduce the characters before Luke goes full fury on DiamondBack while Jessica, Iron Fist and Daredevil spend time deciding whether they should team up. As well – a special appearance by Black Cat adds an interesting dynamic to the story.  The art and story make this a cohesive and interesting start to the story.

There are several cover variants that have been seen in the wild.  As of release day, Alpha Comics has 4 different variants in stock – get them while they last!  Also – check out the recently released stand alone series Iron Fist, Daredevil, Jessica Jones and Luke Cage as well as the bad guys series KingPin and Bullseye.