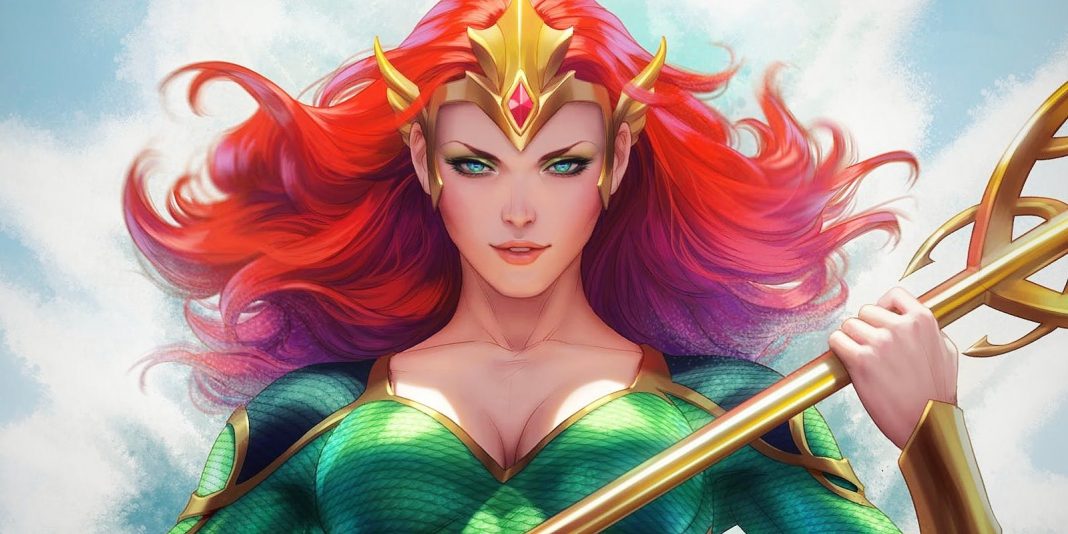 Mera: Queen Of Atlantis – Written by Dan Abnett with pencils by Lan Medina and inks by Richard Friend

Life’s always better down where it’s wetter, but don’t take it from me . . . I can’t swim. For me this isn’t really a big deal, I can just stick to dry land which it where I prefer to be. However, for Mera the exiled Queen of Atlantis being away from the ocean is 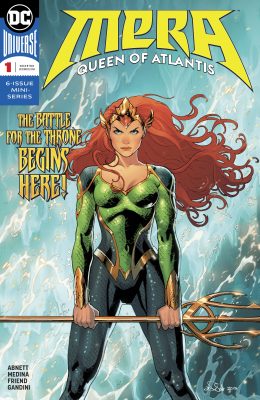 heartbreaking. She longs to see her husband again (Aquaman a.k.a the dude who talks to fish), and to help him dethrone the new ruler of Atlantis. Alas, she’s stuck on land and we’ll just have to wait and sea how that pans out.

In this book Mera is sent to the surface to recover from a magical wound which prevents her from breathing underwater, and to do what she can to stop the surface from interfering with the Atlantean Civil War. The latter task will force Mera to rely on her diplomatic skills opposed to her more often used martial arts skills. Though I bet she’ll still have time to partake in an obligatory fight scene with an sea creature themed villain.

The story told in this series is well-paced and entertaining. It’s definitely meant to focus on developing and expanding this usually seconded string character. This book gives us insight into her goals and motives. She’s a interesting character, so in no way does this become boring or tedious. In fact the end leaves you wanting more. Dan Abnett (Guardians of the Galaxy) is also weaving another interesting Aquaman character into this story, and it’ll be exciting to see the part they’ll play. 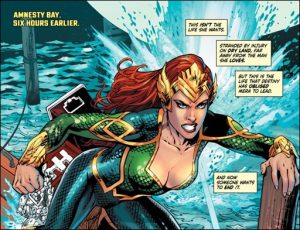 The art in this book works well with the narrative. The action scenes have a lot going on and make the eyes work over time to take it all in. I really like the way the flashback scenes look, they kind of capture the nostalgic look of the older campier DC comics. Kudos to the team of Lan Medina (Fables) and Richard Friend (Batman Confidential). I should also send a little bit of praise towards Artgerm for another great Variant Cover. I’m really digging his covers, and this one is no exception.

Going into this book I didn’t know much about Mera, minus the fact that she’s my favourite part of the Justice League movie. Mainly because I’m your average, disgusting, one track minded male, but don’t bust my chops. Either way, not knowing about her doesn’t matter. This book provides enough backstory to keep you from drowning. It’s an entertaining read and a must read for Aquaman fans. It ties into the events currently unfolding in the Aquaman books, and showcases an important Aquaman character. So slap on those water wings and make a splash.