Home Reviews Reviews You Can't Unread Moon Knight #188: Crazy On You And You And You
Facebook
Twitter 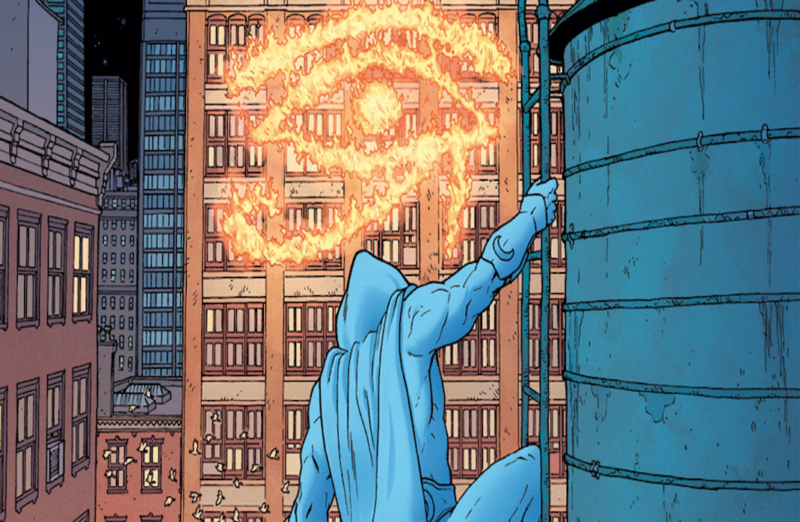 You know how superheroes always seem to have fairly solid heads on their shoulders? Even after going through non-stop trauma and heartache, they always tend to keep their 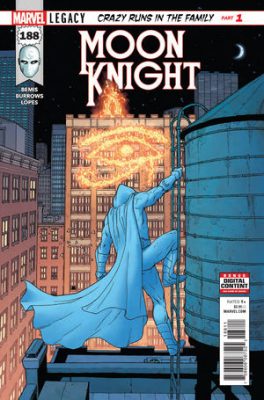 resolve. Isn’t that boring? Why can’t heroes be crazy? Don’t you want a hero that’s mentally imbalanced? If you do, meet Moon Knight. He kicks major @$$, rocks some pretty sweet costumes, and has multiple personality disorder.

The scenarios surrounding Ravencroft Asylum’s newest patient are reminiscent of Marc Spector a.k.a. Moon Knight, but where the similarities end a deadly rivalry is about to begin. This book gives us a look into the birth of a new adversary, and sets up for a sure to be intense showdown.

Max Bemis (Fool Killer) writes an thorough character study of a determined doctor and troubled patient. The outcome is violent and not ideal from all involved, but as a reader it’s impossible to put 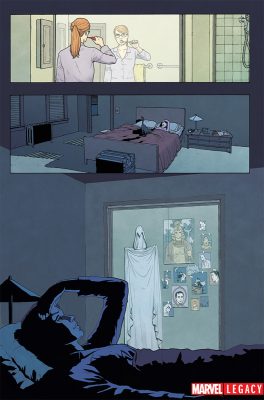 down. This comic delivers an unconventional hero story which is what Moon Knight fans have come to expect. It focuses heavily on the development of its characters, but still delivers the action scenes we all crave. I will warn you that Moon Knight is absent from this first issue minus a very cool/creepy dream sequence. However, it’s not really a let down since the shaping of this villain will be crucial to the following story arch.

The art style melds perfectly with the tone of this book. It’s engaging and pretty fantastic. Jacen Burrows (The Courtyard) brings our story’s villain to life with menacing and downright creepy facial expressions. As well as giving us some pin up worthy visuals, including a wicked full page Moon Knight bash up. The kind of thing a Moon Knight fan with money should get tattooed on their finely waxed back.

Not getting this book would be insane in the membrane! It’s a nice change from your average hero book, and gives you a story you could easily get invested in. If the rest of this series follows suit, it’s going to be a thrilling ride no one should miss. 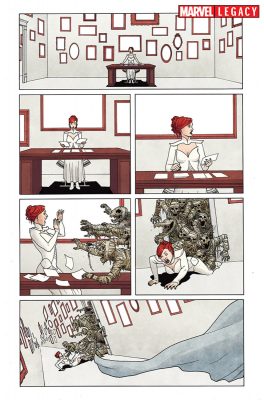 The ending leaves you eagerly anticipating the next issue, and I bet the wait will drive you mad. Regular Moon Knight fans won’t be disappointed, and new ones will be totally enthralled. Make sure you pick up this book, and make sure you take off your straightjacket. You’ll need both hands to read this one.

P.S. If you like you Marvel characters to be slightly unstable, check out Despicable Deadpool. It’s a very entertaining read!