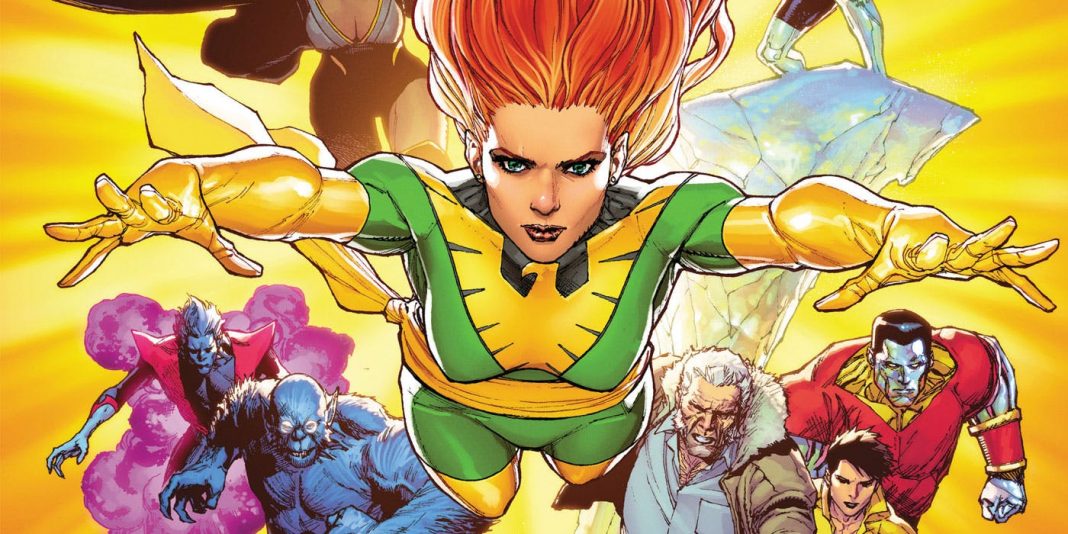 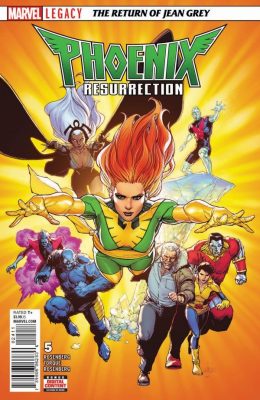 Finally the conclusion to Phoenix Resurrection is here, bringing with it the end of “The Return of Jean Grey” story arc. If you can’t guess what happens in this book after that sentence, then you need to eat more brain food (ex. fish or Skittles). It’s no surprise really considering that this book leads into X-Men Red, a.k.a the series about a Jean Grey-led team. I’m very excited to read X-Men Red and to have the OG Jean Grey back, but I can’t help and wonder was this five part prelude really necessary?

Personally I think five issues was a little bit overkill, some of the previous books could have been condensed or maybe even non-existent. In the end this series has had very little twists and not a lot of memorable moments (almost all of which happened in this book). This issue was hands down my favourite of the series. Not just because it wrapped things up, but also because it actually had some excitement. Old Man Logan steals the show as always, giving us the best scene of the entire five issue run. Also we finally get a Phoenix Force/Jean Grey showdown. Which I’ll admit is fairly anti-climatic, but it if you consider the nature of their relationship it works, and is possibly poetic. This issue is where things finally heat up, and Matthew Rosenberg (Secret Warriors) really tries pluck at at the ol’ heartstrings. The ending he delivers should sit well with X-Men fans, it is emotionally resonant and delivers some long awaited closure. 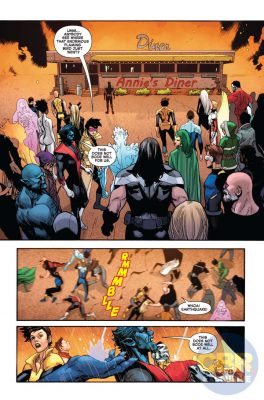 The best part about this book is hands down the art. Leinil Francis Yu (Indestructible Hulk) and Joe Bennet (Captain America: Sam Wilson) give us some straight up solid visuals. Their character’s expressions and depictions help showcase the emotion this conclusion relies on. There is also more Strong Guy cameos. Out of all the background characters, I think that he is shown in the most panels throughout this series. I think someone has a thing for him. Or maybe I do, since I noticed him so much.

You know you want this book no matter what. I mean you’ve already read the previous four, you can’t possibly skit the last/best one. You owe it to yourself to see how things turn out. For those excited for X-Men Red, remember it’s out next Wednesday. The best way to prepare is to read this series, or at the very least this issue. Jean’s back and the Marvel Universe is a better place because of it.