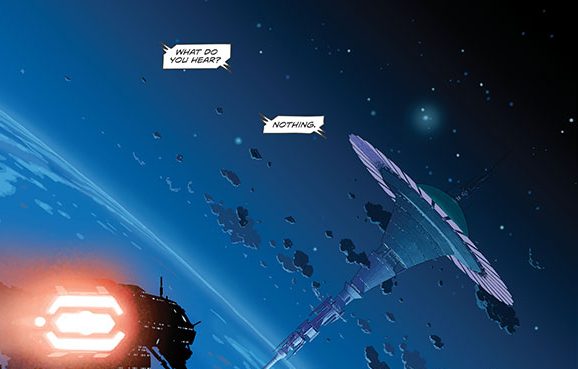 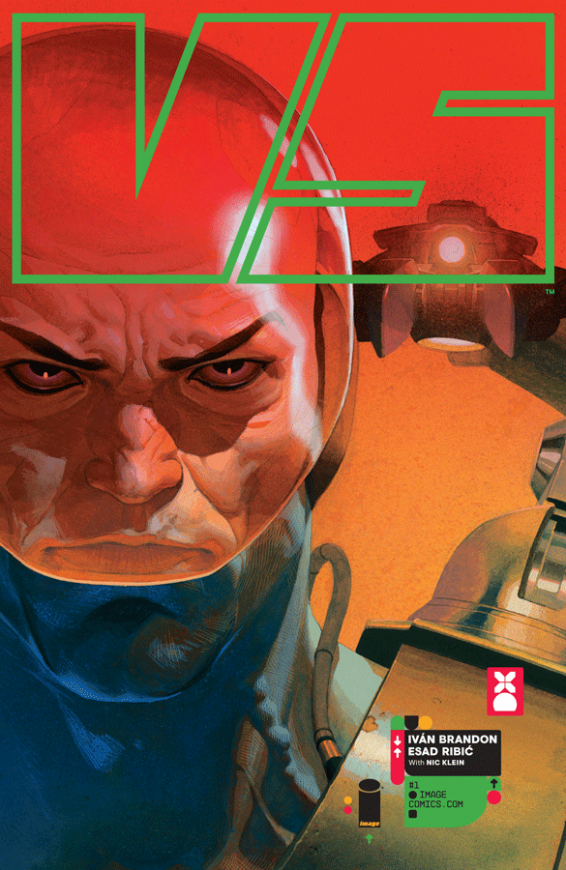 From the publisher: “War has become a spectator sport. Privately funded armies of superstar soldiers march into battle for fame, profit, and the glory of their sponsor nations. When a new generation of soldiers arrive, top gladiator Satta Flynn is about to discover how fleeting the limelight can be. From writer IVAN BRANDON (BLACK CLOUD, DRIFTER) and superstar artist ESAD RIBIĆ (Secret Wars, Uncanny X-Force) in his creator-owned Image debut, with painted color by NIC KLEIN (DRIFTER, VIKING) and graphic design by TOM MULLER, VS delivers spectacular action, darkly humorous satire, and explores our hunger for fame and our penchant for self-destruction.”

Great!  This is nothing like those.  Instead, you are looking roughly at a cross between a Minority Report-esque future and The Running Man.  Oh, and The Truman Show.  There: that covers it.  Convinced to read it yet?

The story starts out in what feels like a future war with a blurred front line.  The unit is heading into what it feels to be a tactically sound position.  Then boom! Someone is behind them!  That’s not all. [Cut to commercial]   That’s basically the premise of the book.  It’s a future where war rages and everything is televised.  Conversations are interrupted by a voice calling for a commercial break.  And then the conversation resumes as if this is completely normal.  It’s an interesting premise.  However, it results in a first book that introduces that concept along with potential lead Satta Flynn and not much else.  This series feels like it could be a bit of a slow burn – which isn’t always a bad thing.

It’s All In The Feels

The art is fantastic in this book.  The dark and brooding atmosphere suits the story perfectly (think Blade Runner).  The first few pages are poster quality.  The dialog in the book is natural and easy to follow after you get used to the partial sentences as a result of the [commercial break] trope.  I got used to it really quickly and was able to enjoy the overall product.  Not sure about the “darkly humorous satire” in the preview, I guess that comes later.  The book is written by a couple of proven guys so it should be no surprise that the book is well done. 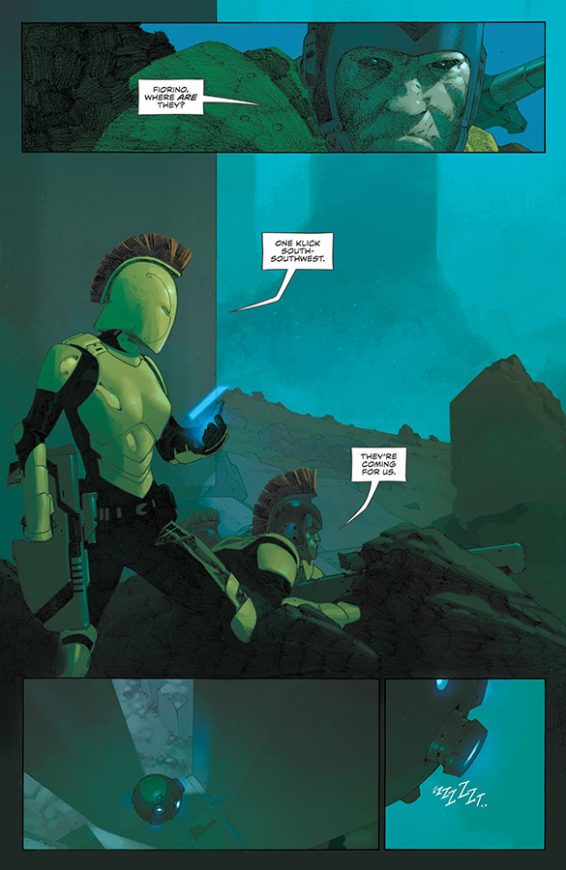