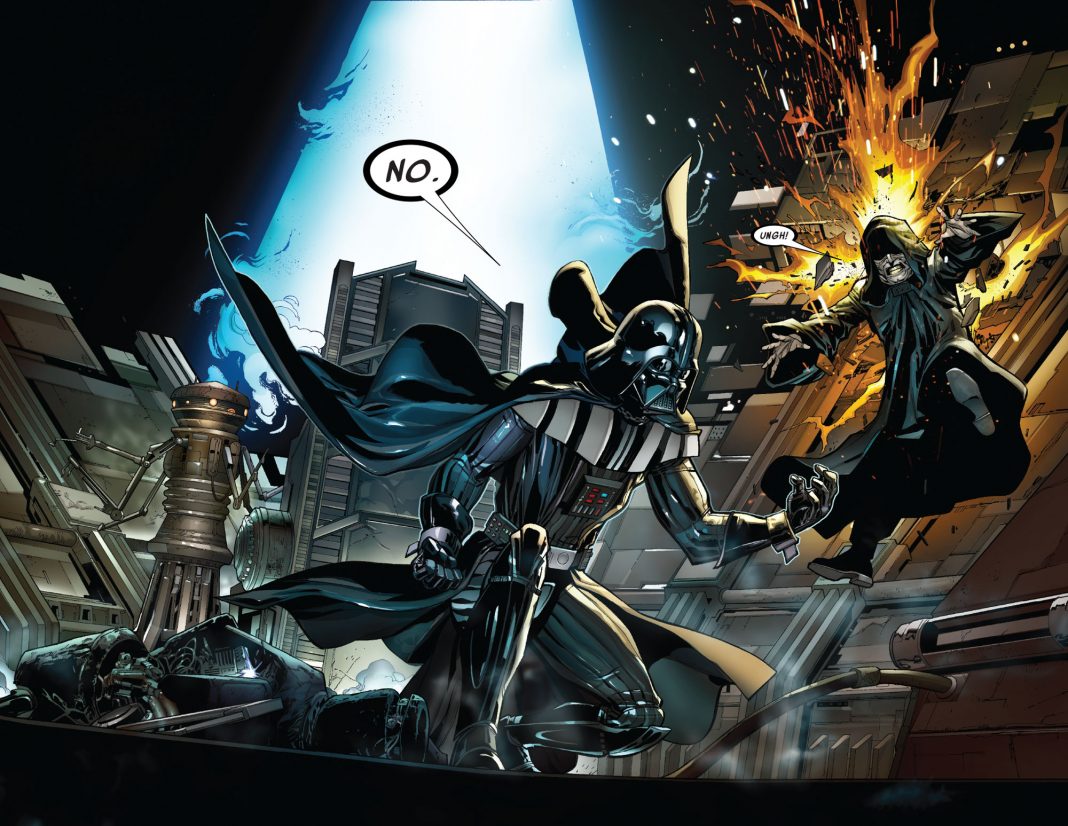 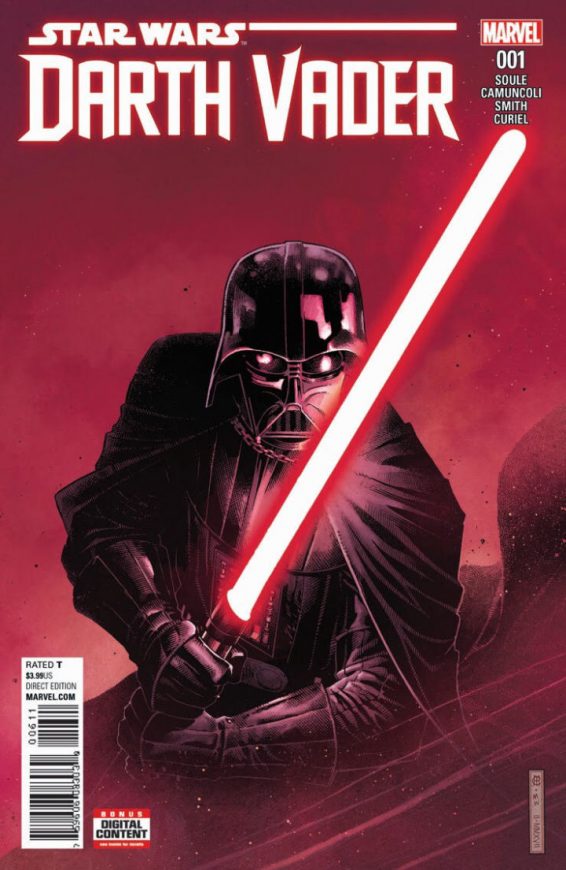 Marvel Blurb: The most fearsome villain of all time returns with an all-new series! When Anakin Skywalker fell, both to the pull of the dark side and to the blade of Obi-Wan Kenobi, he rose back up, more machine than man. Having lost everything that was once dear to him, the former chosen one must take his first steps into a darker world…as Darth Vader, Dark Lord of the Sith!

It’s a time after the end of Episode III – Anakin is a burnt shell of a man and is working to learn to be the machine known as Darth Vader.  The emperor is working hard to rid Vader of his humanity and mould him into the weapon he believes him to be.  It’s a good time to be on the side of the empire.

Buying this book was a no-brainer – the previous run of Darth Vader was a work of genius and the subsequent spin-off Doctor Aphra has been a breath of fresh air.  As a matter of fact the only mis-step that the Star Wars series has had under the new Marvel/Lucasfilm/Disney umbrella is the Darth Maul books.  That’s pretty good when you think of the books already under said umbrella (or already finished) like Poe Dameron, Princess Leia, Han Solo, and the main line Star Wars series (currently in its Screaming Citadel storyline).

The art on Darth Vader #1 is stunning

Reminiscent of the first few books of the Marvel Star Wars 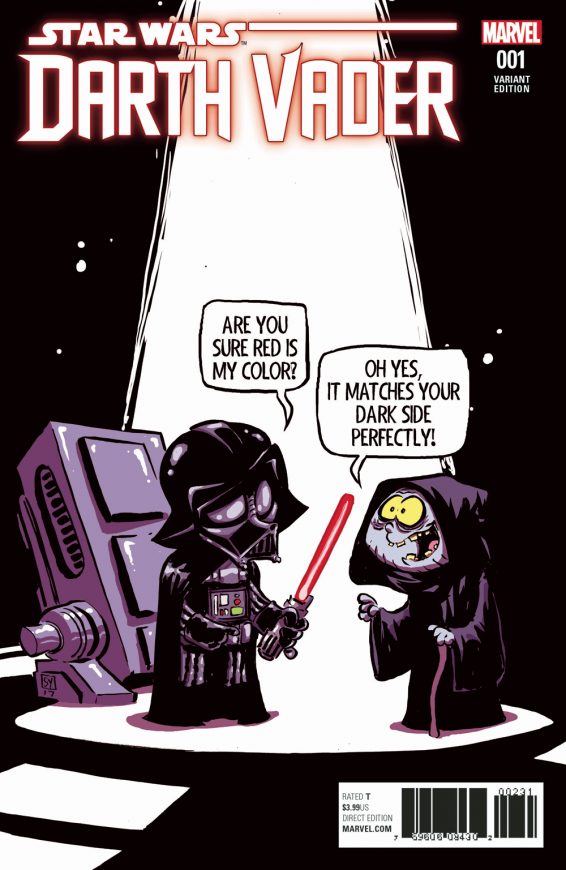 books – the color is vivid and the backgrounds are a real treat to look at.  This is indicative of Camuncoli who has had a real run at some great Amazing Spider-man books in recent years.  The story is just as well done as anything that Soule has done in recent years – Charles has a real knack for character development – and keeps you interested throughout his tenure.  His work on Death of Wolverine is considered some of his best work out there.  This isn’s his first time in the Star Wars universe – but this part of the SW timeline should provide some deep content for him to sink his teeth in to.

With #2 coming out this week – it seems that maybe people have overlooked or missed this new run of Vader… take the time to find a Vader #1 while you are out getting #2.  If you are lucky there’s still a variant or two left out there like the one pictured here.