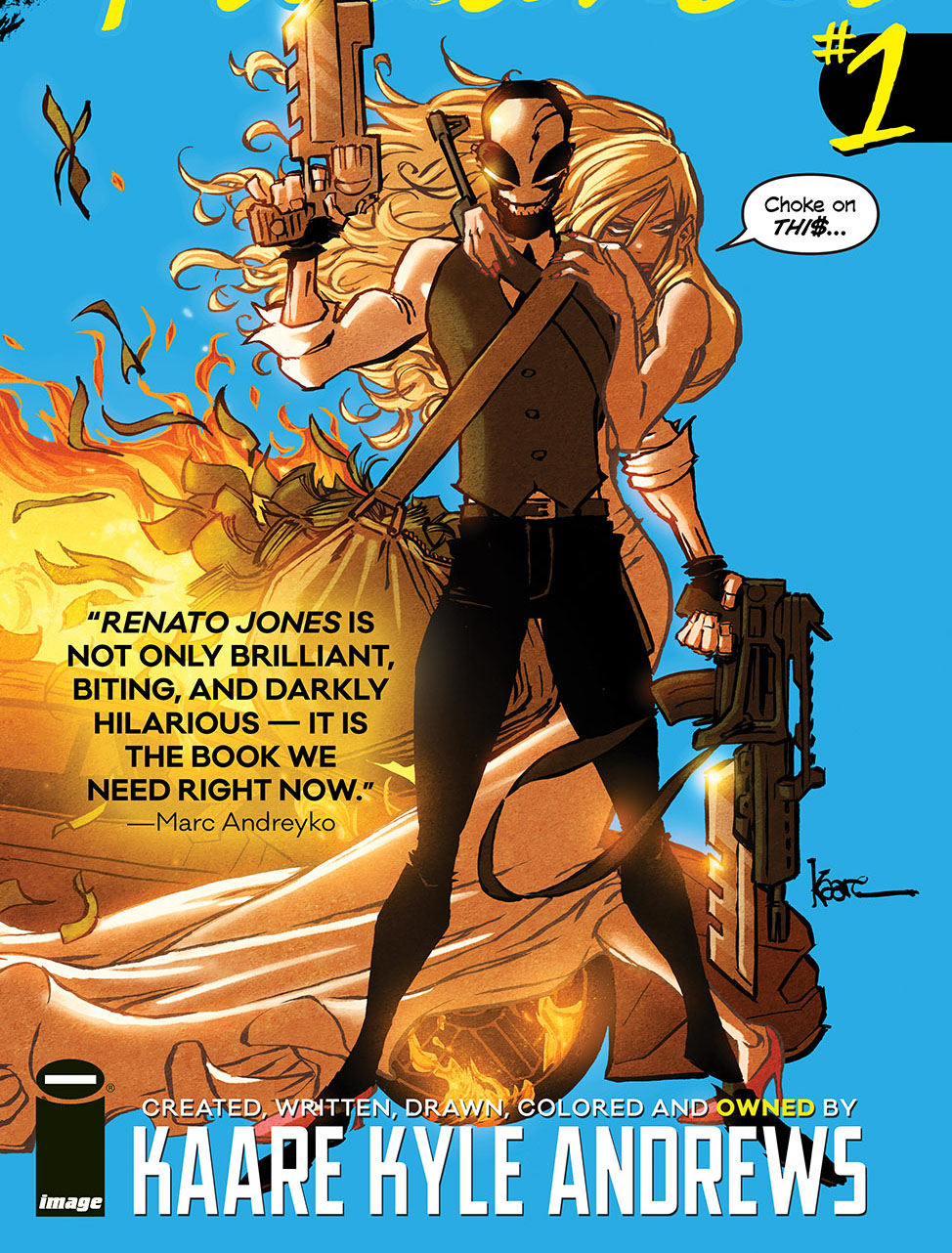 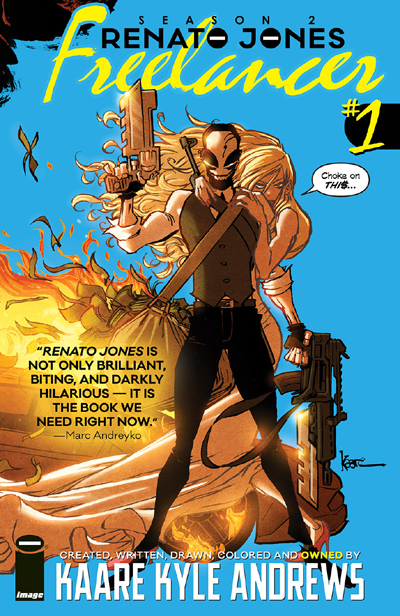 The most dangerous comic on the planet is back with the launch of Renato Jones Season Two: Freelancer. Renato Jones is the Freelancer, a vigilante raised from youth to wage war against society’s supervillains: the wealthy one percent. The story picks up on the events of last season’s cliffhanger, as the Freelancer jumps into the fray of a class war to save his childhood love (Bliss) from the assassin Wicked Awesome. I must confess I have not read anything from The One%, writer Kaare Kyle Andrews’ five issue opening-salvo for this series. For the uninitiated, this book recaps previous events by presenting us with several pages and panels from the story thus far. Unfortunately, what is shown doesn’t do much to orientate us towards the who, what, where and why of things. Having read it cover to cover, I must insist that anyone wanting to hop onboard will need to read the first mini-series in order to fully enjoy this experience. Story aside, what I can comment on freely is Andrews’ work on the art of this book, the majority of which is rendered in black and white. Evoking Millar’s Sin City, Andrews manages to accomplish more with less in his striking use of negative space and contrast. The powerfully bold inks convey the action with kinetic perfection; each panel a testament to the power of composition. It’s too bad the book doesn’t maintain this look throughout, as the visuals lose much of their impact in the final pages when things transition to full color. Still, with Andrews’ splendid visuals and independent voice, Renato Jones is sure to please fans of the first mini-series, while simultaneously drawing the rest of us comic geeks into the fold. -Keli