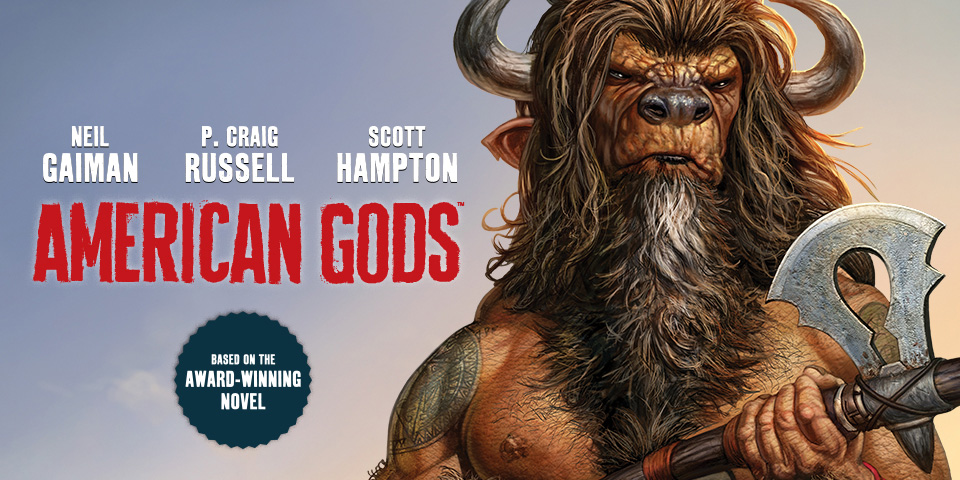 An adaptation of Neil Gaiman’s novel by the same name, American Gods #1 tells the story of Shadow: a convict who is ready for a second chance at life, although the form that life will take is undoubtedly not what he had in mind. 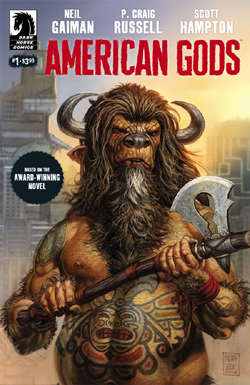 The story begins ‘behind bars’, building up the anticipation to Shadow’s release while hinting that all may not go according to plan. A stranger who mysteriously surfaces with a “job” offer and a dream involving a Minotaur in pants is enough for us to assume Shadow is destined for something. What I don’t know. Maybe the job is to find the Minotaur a shirt. For those of us who haven’t read the book, we’ll just have to wait and see! It comes as no surprise given the source material that the story has a narrator, so there is more here to read than your standard comic, and Neil Gaiman’s prose is worth the effort.

The art takes a back seat to the writing in terms of impact. Scott Hampton goes for realism with his figure work, but with what looks to be a heavy reliance on reference photos the characters often feel stiff, with ‘wooden’ facial expressions to match. His style does not clash with the tone of the material; rather it lends an unsettling feeling to the darkly weighted script. Of special note, there is a second story included where a guy gets swallowed whole by some ladies under-bits. Bonus! -Keli

Tweet @kelthe80skid and let me know what size shirt you think this dude wears! 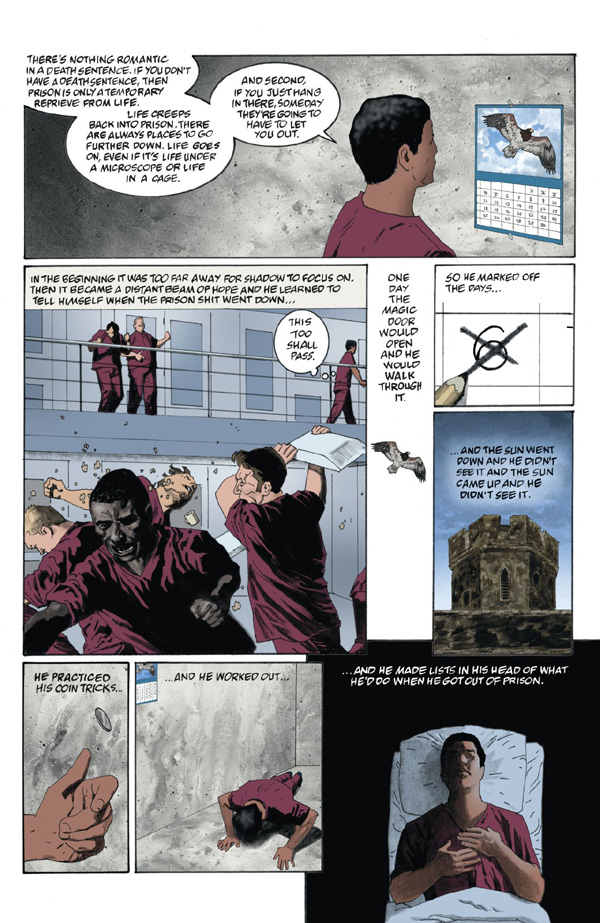