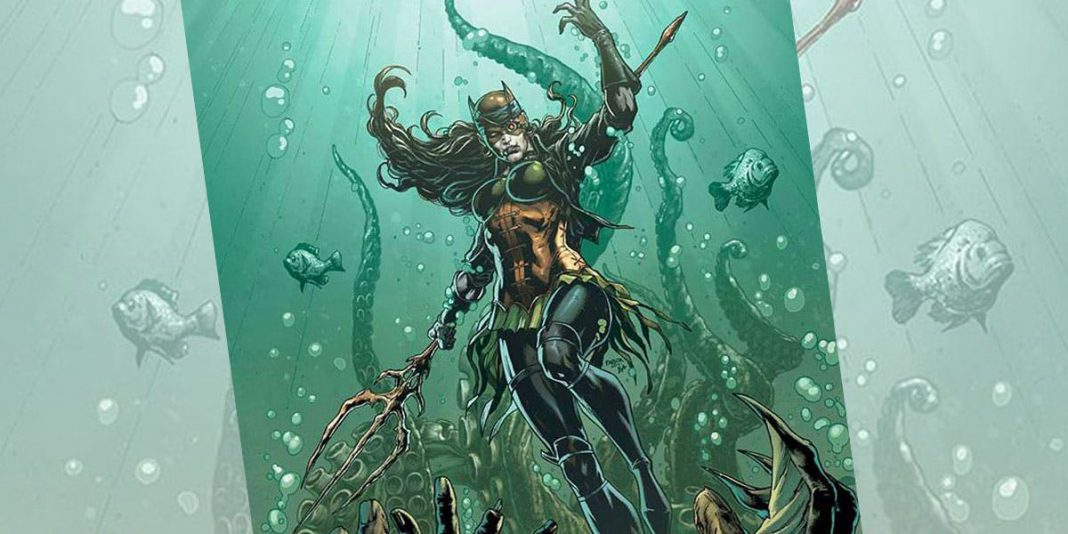 On Earth-11 of the Dark-Multiverse, Bryce Wayne (genders are reversed in this dimension) wages a campaign of vengeance against “rogue metas”, including the Atlanteans. When Gotham is submerged in retaliation for the execution of their queen, Bryce mutates herself to survive the deluge and claim victory in a war whose only prize is a drowned world. Meanwhile on Earth-0, the surface is still bathed in light, and Aquaman may be all that stands in the way of seeing it caste into the deep. 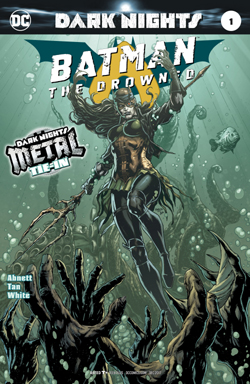 Dark Nights: Metal has certainly been garnering plenty of attention and enthusiasm amongst comic fans. If you have been swept up in the hype, then you pretty much know what to expect from Batman: The Drowned #1. Each of the dark Batmen is getting a one-shot exploring how they become twisted conflations of the Caped Crusader and their Justice League analogue. The ways in which this happens continues to entertain me, even if the format is becoming predictable.

What is new in this issue is some humanizing of the evil Batmen, as we find out that in the Dark-Multiverse they must suffer so that those in the opposite may flourish. The Drowned’s motivations are realized through her excellently written inner-monologue, and Dan Abnett makes the most of what little room he has for such an epic tale. Phillip Tan and Tyler Kirkham use their sequential skills effectively to help Abnett in this regard, with a style that complements the corroding effect of both Bryce Wayne’s decent into the abyss and the churning brine from which she’s is re-spawned.

I would not rate Batman: The Drowned #1 as the best of the bunch, that title currently being shared between The Red Death and Murder Machine. However, it is an improvement over The Dawn Breaker, a book whose characterization of its Batman was a bit too narrow, and whose art failed to compensate. I am troubled that the events in this story take place before last week’s Metal #3, but I love the concepts behind and design of The Dark Knights too much to let minor gripes sully my recommendation for anything tied to this event. It’s just that good. -Keli 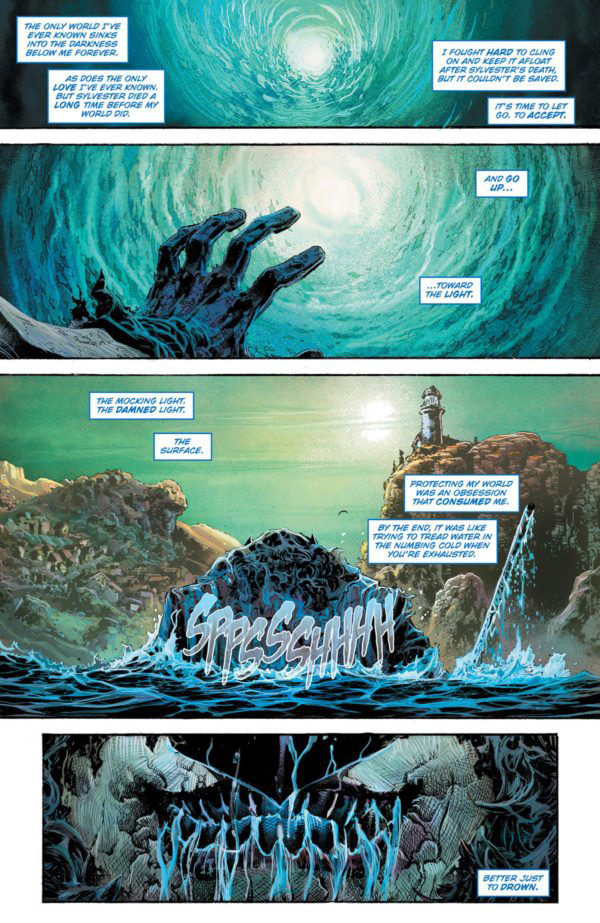