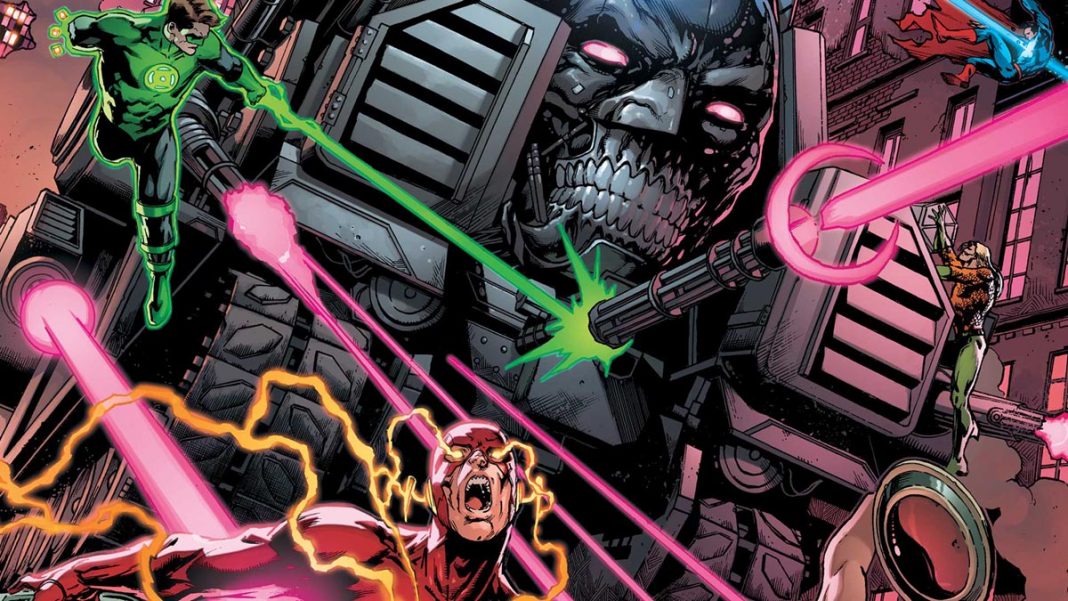 Is there anything Batman can’t do? Well, apparently when it comes to programming an A.I. he’s all thumbs. An oversight on his part that leads to the Dark Multiverse’s latest abomination to get the spotlight in Batman: the Murder Machine #1. 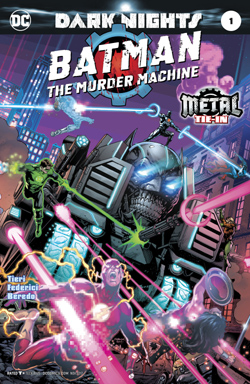 Last week we were introduced to the Red Death; a twisted conflation of Batman and the Flash. Batman: The Murder Machine continues this theme, but this time it’s Cyborg who’s in the hot seat. I’ll never tire of what-if scenarios in comics, so long as the concepts explored are fresh and inventive. The idea behind these nightmare Batmen is to explore what happens when Bruce goes too far, defiling his ideals to spawn an abhorrent version of himself. Do you know what you’d get if multiple Batmen did so across a Dark Multiverse; each resembling a member of the Justice League; bent on wreaking havoc and subjugating our universe? Solid. Gold.

Like the Red Death, this Batman is corrupted by his obsessive need to save a loved one. Cyborg takes center stage as a participant in the Murder Machine’s creation, and as he tries to halt a takeover of the Watchtower by the Dark Knights. The writing balances these two narratives handily, while the visuals appropriately convey the horror these aberrations of the Caped Crusader have brought with them from the other side. I’m glad DC isn’t pulling its punches on the production value of its Metal tie-ins.

I’m all in on Metal, and while I’m still trying to make heads or tails of the main series, these intros to the Dark Batmen are the books I look forward to reading most. I’d also recommend Gotham Resistance, which continues its story in this week’s Suicide Squad #26. Having just come off of Secret Empire and not loving the results, I’m thinking Marvel could learn something from DC in terms of producing and marketing an event that delivers. These days its DC for me! -Keli 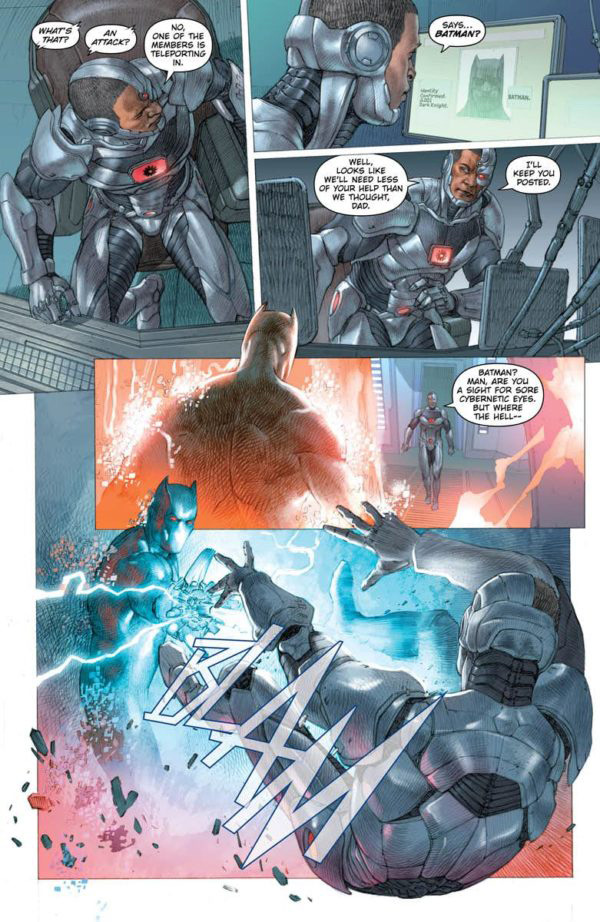