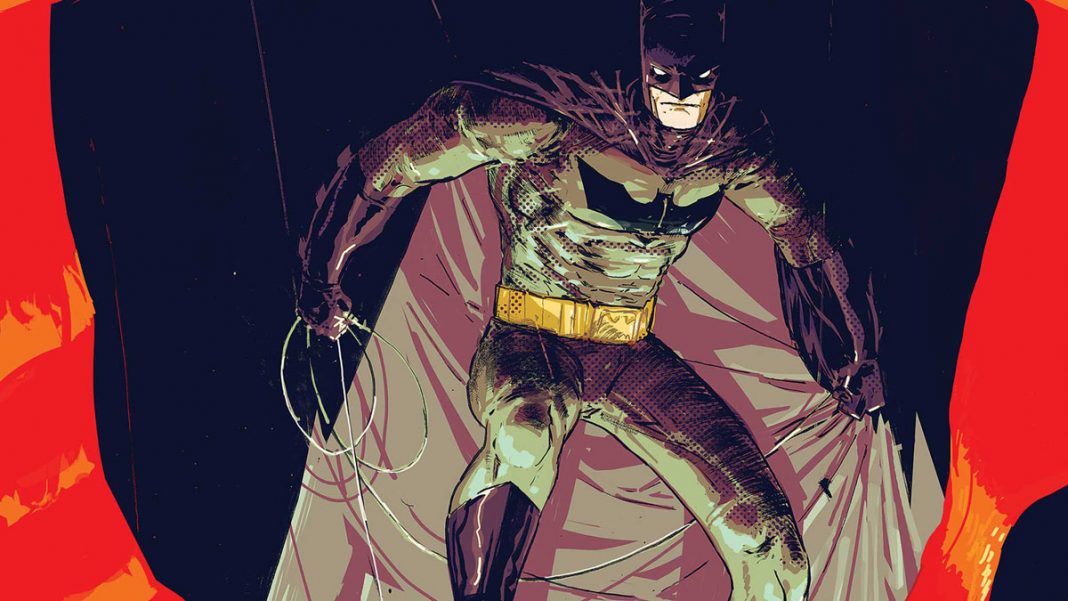 Lamont Cranston has been murdered; his assailant cloaked in shadow; the body left without dignity in the murky embrace of a dim apartment. Luckily the world’s greatest detective is on the case! But before he can get his bearings, he too is attacked by a “shadow” that shares the same name as the victim and bit the big one back in ’63. How is this Cranston striking from beyond the grave, and how is he connected to both Batman’s grandfather and the man who taught the Caped Crusader how to hunt criminals? These are pieces of a puzzle left to be solved in DC and Dynamite’s crossover mini-series Batman/The Shadow, but it’s no mystery why these two iconic characters deserve to share the same page. 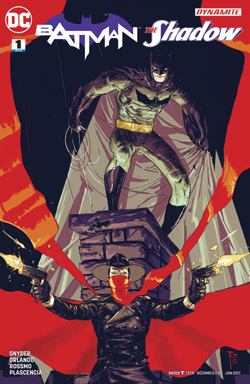 When Bob Kane and Bill Finger were dreaming up a new crime fighter for National back in ’39, they drew heavily from (among other sources) the urban-crime stories depicted in pulp magazines. None more so than The Shadow: a vigilante who wages a war on crime and moonlights as a rich playboy (i.e. Lamont Cranston, one of many aliases the Shadow uses). Batman/The Shadow is written by Batman alum Scott Snyder and JLA scribe Steve Orlando. The elements that make up the Shadow’s lore mesh perfectly with Gotham’s noir aesthetic, with the writers paying homage to Batman’s detective roots and the era of the Shadow in tandem. With the amazing talents of Riley Rossmo and colourist Ivan Plascencia on art, this book hits all the marks. Fans of Batman, the Shadow, or just great comics will be pleased to have picked this one up! -Keli

P.S. If this comic is up your crime-ridden alley, I would also recommend The Shadow: Year One Omnibus by Matt Wagner and Wilfredo Torres. Support your local comic-shop and have them order you a copy, you won’t regret it! 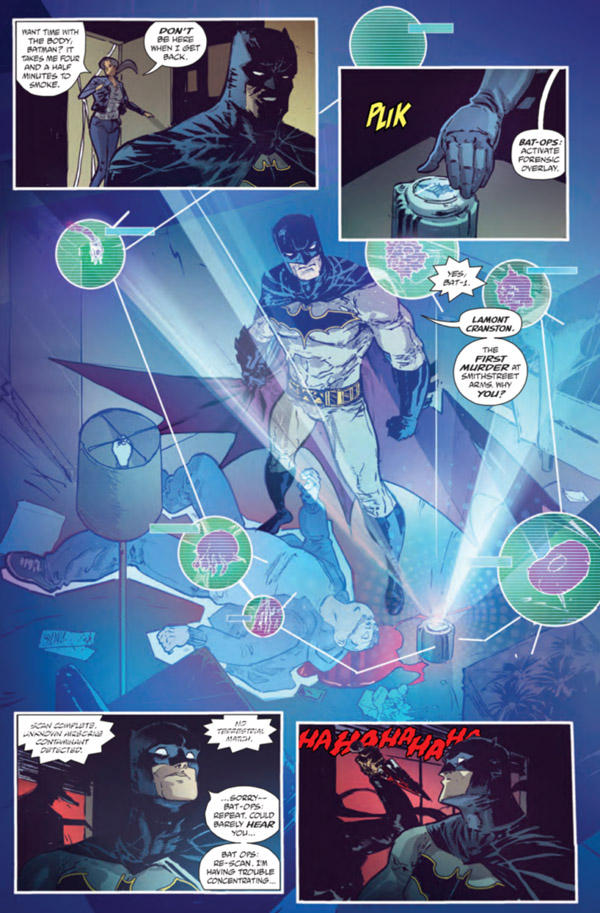