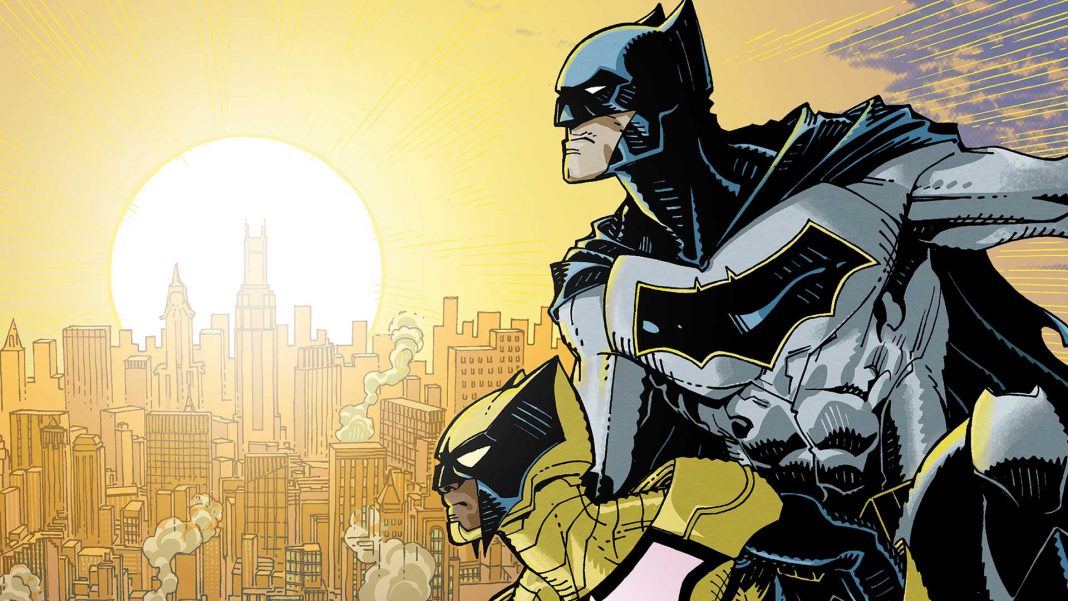 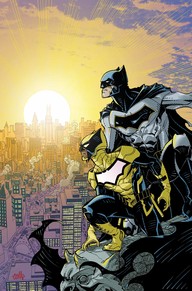 Batman and The Signal #1

From DC: “Batman may own the night, but with new villains emerging during the day, he needs an ally to defend the city when he can’t. Only one teen is up to the challenge; Duke Thomas. After months of training, he’s ready to step out of the shadow of the Bat to become his own kind of hero. Meet Gotham City’s newest protector: the Signal! Spinning out of adventures in ALL-STAR BATMAN and WE ARE ROBIN, comics superstar Scott Snyder and newcomer Tony Patrick take our young hero to new heights in this exciting miniseries with artwork by Cully Hamner.”

A little preamble for those people who don’t know who the heck this book is about. Duke Thomas was introduced during the late “New 52” storyline Year Zero back in 2013-14.  At the time The Riddler had Gotham under his thumb by shutting down the power.  Duke was a student at the time and was trying to solve the riddle that was presented in order to turn the power on.  Bruce Wayne came into the picture when Duke’s family rescued Bruce during a hurricane.  Several years later, Joker kidnapped Duke and his family. By recreating the Wayne family murders (from the Endgame story-line – also New 52) Duke and Bruce were linked.  After spending some time in a foster home, Duke ended up joining the Robins during the We Are Robin stories.  Duke ended up passing Bruce’s tests to become his new protege. Dark Nights: Metal recently confirmed that Duke has meta human abilities.

Delays and The New Guy

In the first of what I’m sure will be many books that boast “From the pages of Metal” we have a bit of a conundrum. This book was originally a new series and then DC changed their mind and made it a 3 part mini-series.  It was delayed due to “hurricane/weather-related” issues since it’s original November date.  In addition, Snyder shares writing credit with Tony Patrick, who is a complete newcomer that graduated the 2017 DC Writers Workshop.  There’s no real indication of the newbie’s chops for writing since there’s no way to know what his contribution was.

The story is a very New 52 type of story for obvious reasons.  Snyder was the guy helming that series and gave it up to King when Rebirth came around.  The origin for the series is based in New 52 so it makes perfect sense.  It’s nice to have a story with ONE Batman sidekick.  The fact that this is one of the first sidekicks to actually have super powers (erm meta human) is a nice break from the status quo.  Not sure where The Signal goes after the 3 part series.  But New 52 fans should be downright giddy about this series and Batman fans on the whole will enjoy having some fresh blood in and out of the story going forward.