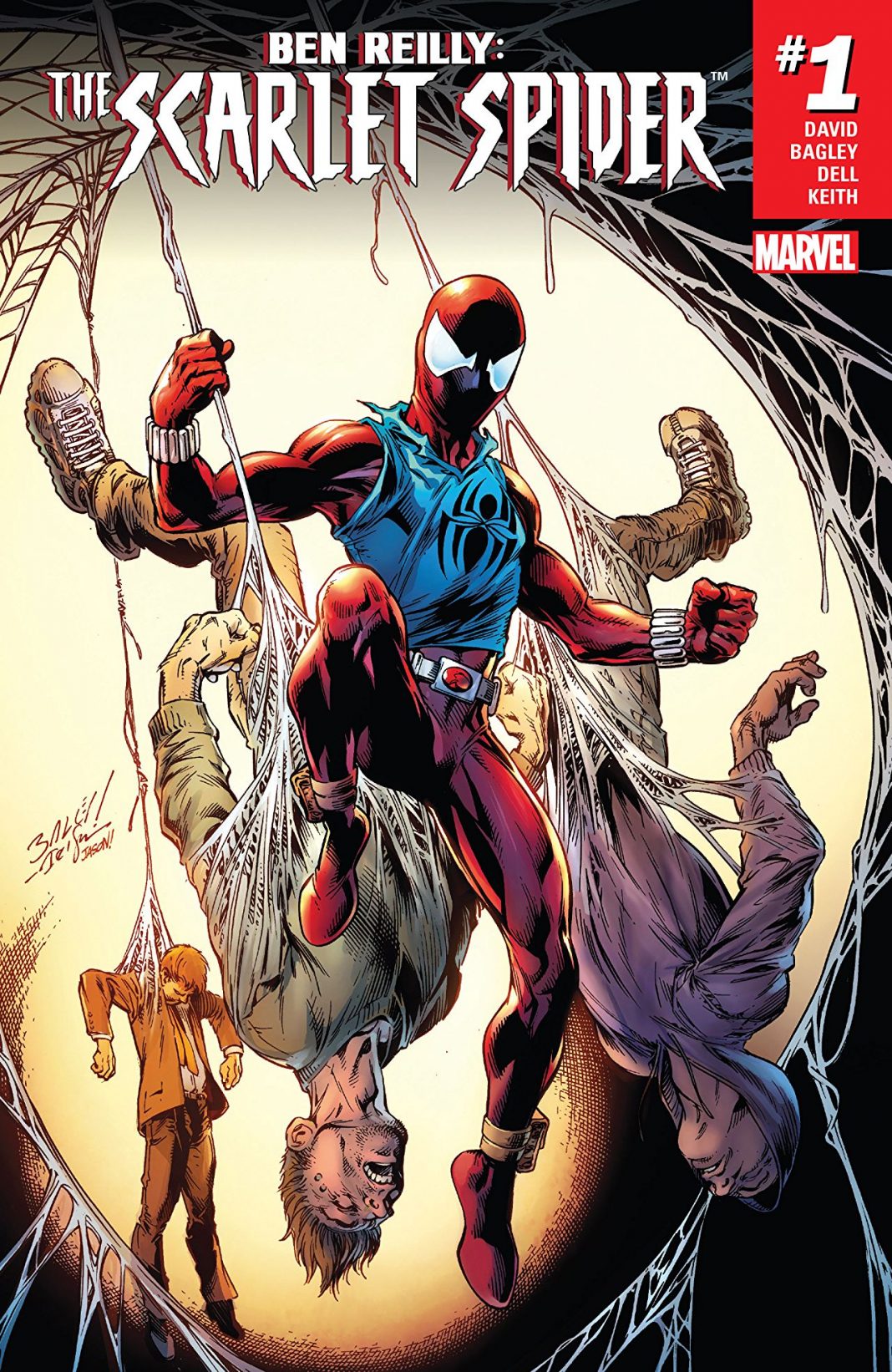 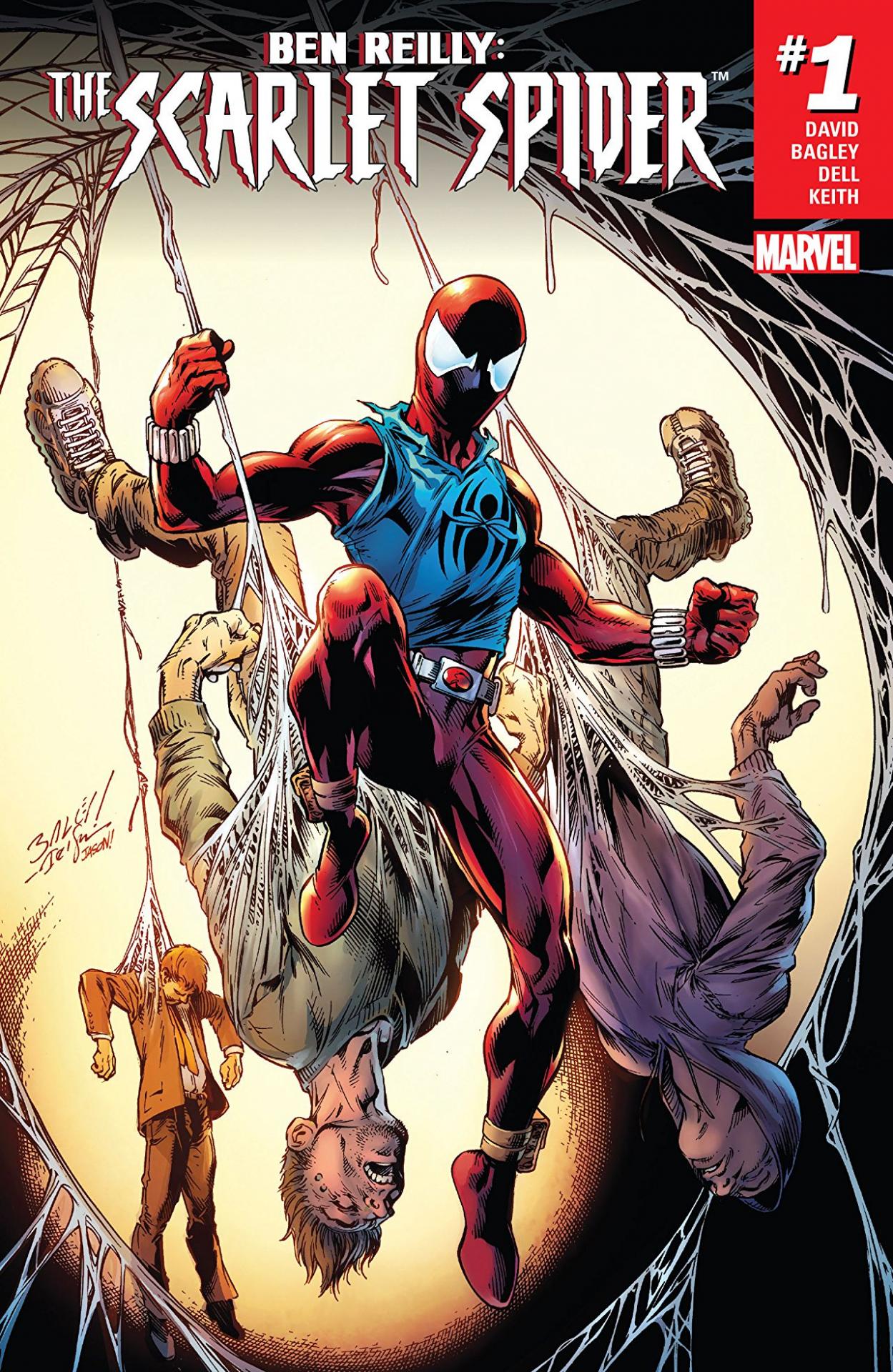 One of the most controversial characters in comics has returned — and the controversy has only BEGUN! In the aftermath of THE CLONE CONSPIRACY, Ben has a new take on life…and he’s not the same Scarlet Spider he was before. Come witness what will be the most talked about comic of the year!

Marvel really went headfirst into their event series in the recent past – and none more than their Spider-man franchise…it really all starts with Spider-verse (multiple Spider-characters from multiple alternate universes) that spawned several new series.  Then they went with Clone Conspiracy where The Jackal uses his “cure” to let people live after getting live threatening diseases.  It’s in the title so it’s not a spoiler – his cure was to clone people (and bad guys).  This book is the child of that event.

As far as stories go – this one has the potential to give the Ben Reilly/Jackal/Scarlet Spider character some solid footing as a long running series.  This first book introduces the reader to the issues that plague Ben Reilly’s mind.  It starts off a little confusing but give it a moment and the concept sets in – a bit of that old cartoon trope – angel on one shoulder, devil on the other.  Ben is broken in a Deadpool sort of way.  Sarcastic with serious facial issues… sound familiar?

If I have one gripe… and now that someone has mentioned it I can’t unsee it: the facial 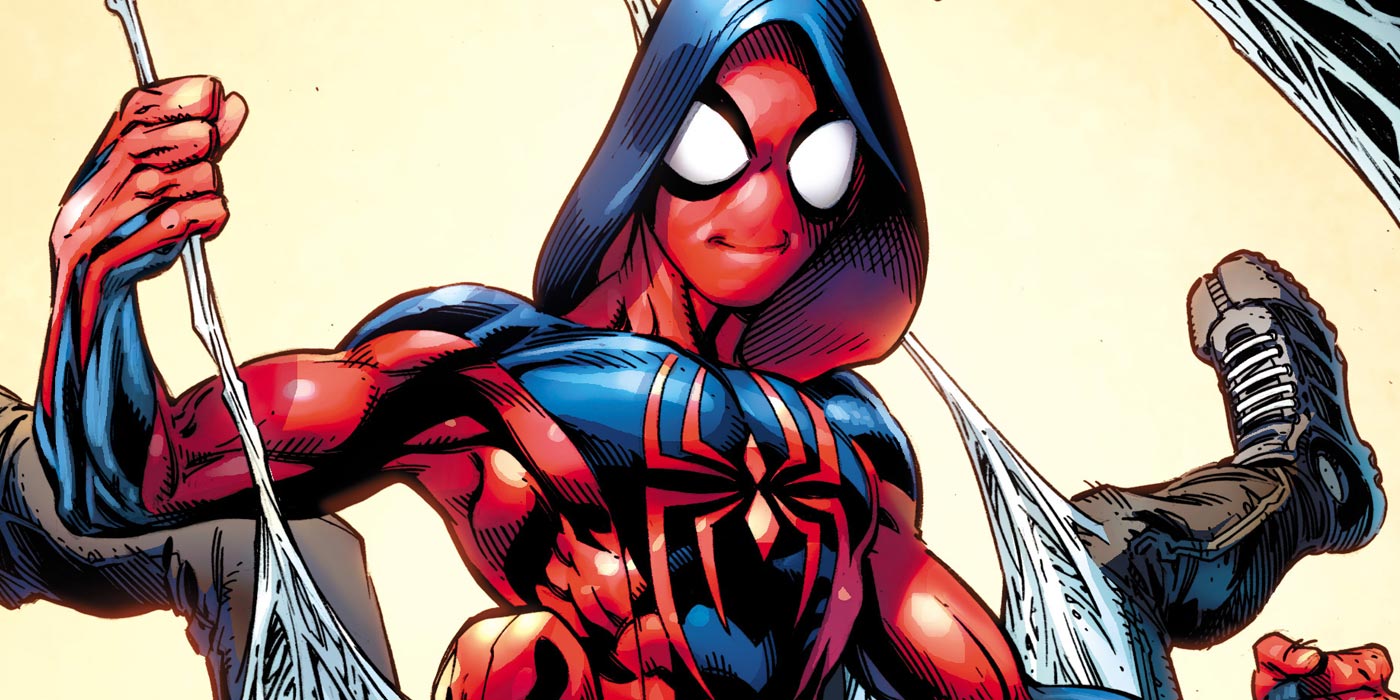 features of the suit look weird.  Sometimes there is a mouth form, sometimes there’s a dimple, etc – the Spider-man art should not include that specific level of detail.  Its a small nitpick – but it feels weird.  I like the art – Bagley was involved with Scarlet Spider previously so he has some experience with the character.

For those of you who are fan of the Amazing Spider-man series of comics, this is a required pick-up… for those who are sick of ASM – maybe get this book as a new starting point.  There not much risk in this book and it takes place in Vegas so…