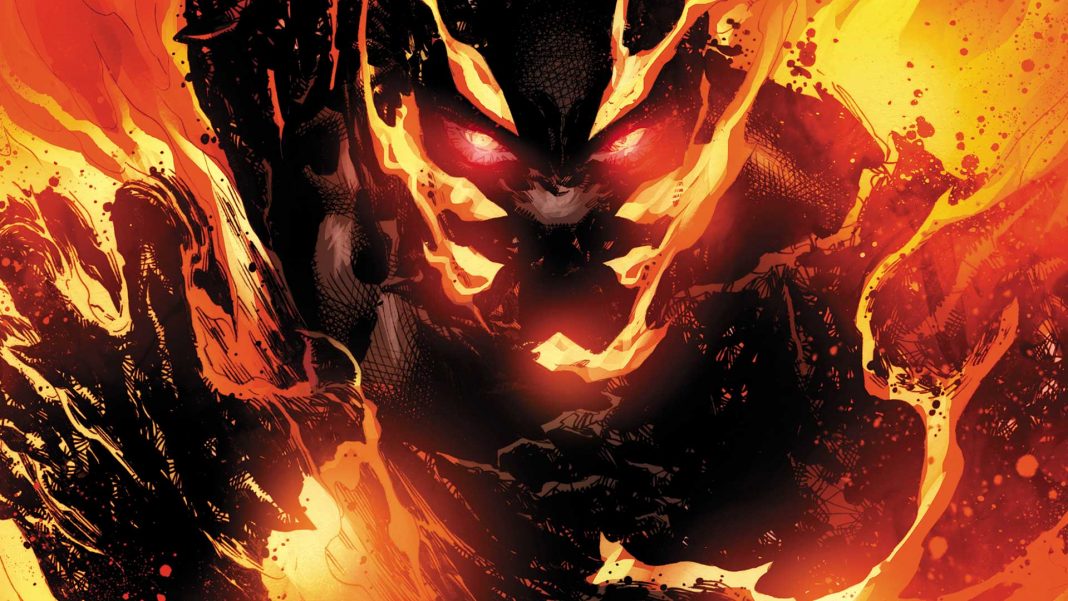 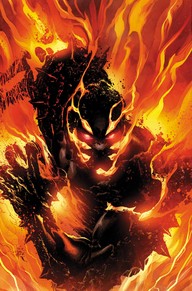 The Curse Of Brimstone #1

From the Publisher: “Joe Chamberlain would do anything to save his small, forgotten town—even make a deal with the devil. But things get worse, and Joe finds himself cursed with the power of BRIMSTONE. With the power of fire and destruction coursing through his hands, Joe must now track down and destroy the demon he made his deal with before the power he now wields destroys the town he was trying to save. But as the fiery pain inside him grows, can this young man overcome his own demons before his power rips him apart from the inside out?”

As part of DC’s recently completed Dark Nights: Metal event – there are new characters/books being introduced on a regular basis.  At the end of every Metal book it was explained that this new universe will be broad.  This is one of those new books.

I say “new book” since Brimstone is not new to the DC universe.  Way back in 1986, there was a little book called Legends #1.  Said book has Darkseid spawning Brimstone from a techno-seed in order to battle Earth’s most legendary heroes.   Brimstone rained down hell on New York City as an avenging angel unopposed.  That was until Dr. Martin Stein merged with Ronnie Raymond to create Firestorm to battle the beast (see TV’s Legends of Tomorrow for the most recent use of Firestorm).  However, it wasn’t until the newly formed Suicide Squad battled him is he finally defeated.  A pretty epic bad guy (and good timing considering the re-emergence of Darkseid soon for DC).

This book goes a different direction – the “devil” meets a guy on the side of the road and imbues him with fiery powers – effectively turning him into a “salesman” for the “home office.”  I’m not entirely sure that the writers were trying to reinvent Brimstone or if they forgot he even existed.  This is a completely different direction.  This early book sure has vibes of Marvel’s Ghost Rider so I really hope that it finds it’s own direction.

The writing and art are indicative of DC of late.  They push the boundaries almost to a level of being uncomfortable (the art is so rough and ink heavy).  This works for this book as a result.  It’s much the same art style I would expect from a Ghost Rider or Constantine.

My only confusion is with the partial (?) fold-out page.  I would assume that this is part of a larger poster style cover.  But why would anyone disembowel their book to put the poster together?  If the book truly is good – and it should be assumed that it is – then the connected fold-out cover will never be matched up.  If there is no connector or poster for it, then the confusion level is boosted and there’s even less reason to do this.  It’s a gimmick that is so unlike DC of late – hopefully it’s a one-off stunt and not some longer term ride.