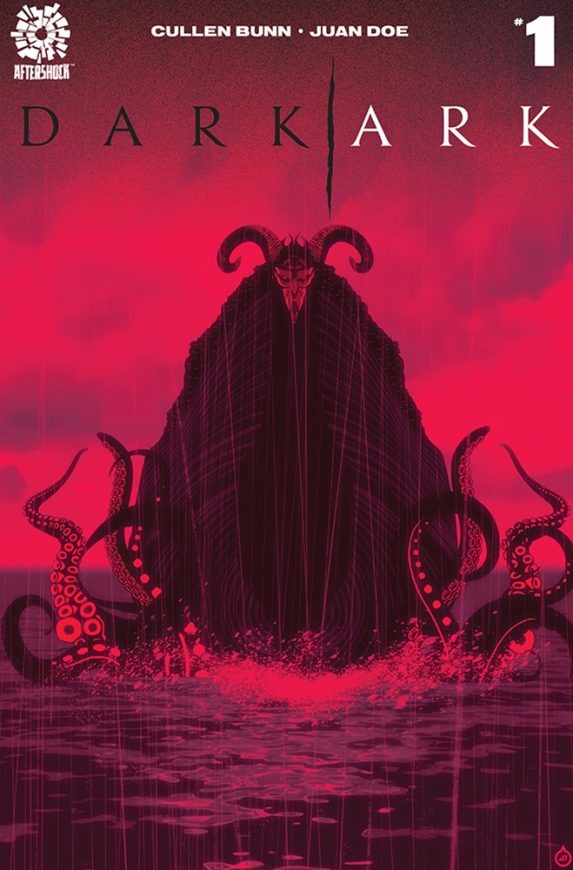 From the publisher: “The wickedness of mankind has moved the Creator to destroy the world by way of the flood. Noah has been tasked with building an ark to save his family and the animals of the world. But this is not Noah’s story. For darker powers have commanded the sorcerer Shrae to build his own ark and save the unnatural creatures of the world—such as the vampires, the dragons, the naga, and the manticore. But what will happen on a vessel crawling with monsters, where insidious intrigue and horrific violence are the rule of law?”

This is the kind of book that would result if Guillermo del Toro had written Monsters Unleashed.  Universal Studios’ Dark Universe could learn from this book as well.  This book is a dark glimpse into a world that may or may not exist (it doesnt) where mythical creatures like unicorns exist.  The ark built to house these creatures is even more dark with the inclusion of a set of humans that are only kept alive to be food for the meat eating creatures.  It creates a nice ying to the monsters yang to have the human conversations with the sorcerer talking about their inevitable demise.  Like I said.  Dark.

The story is well written by Cullen Bunn (Uncanny X-Men and Deadpool) flipping easily between the human element and the creatures’ constant posturing.  And the art by Juan Doe is just plain perfect.  Scenes including the creatures are vivid and bright while the human scenes are dull and brown.  Perfect augment to the storytelling.  To add to this I noticed something that doesnt garner my attention much – the lettering.  Ryane Hill uses fonts well to help separate conversations between the different characters.

This is really well done storytelling.  Aftershock doesn’t have many books under its umbrella but with this and the highly rated BebyTeeth in it’s stables – this really is the publisher to watch.