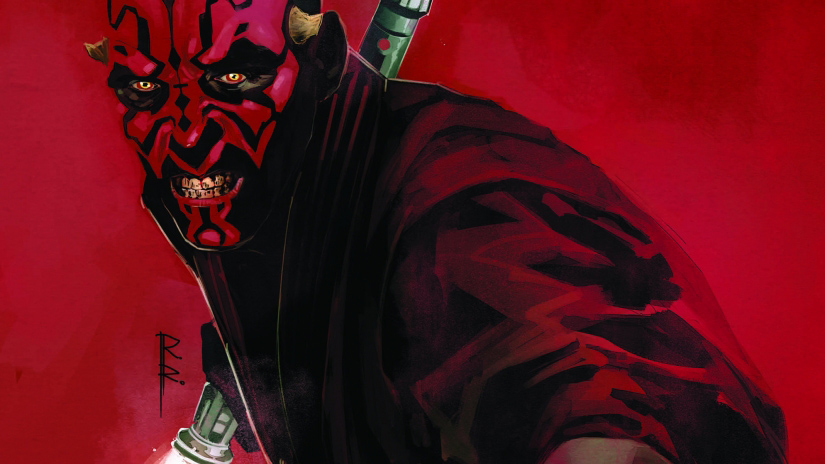 There is no doubt that Darth Maul’s appearance in The Phantom Menace has had the same result as Boba Fett’s had in Empire. By living on through material supplemental to the films, both have managed to up their status from gnarly lookin’ villain with mysterious background to cultural icon and fan favourite. Much has been done with Maul’s character in the animated series Clone Wars and Rebels. However, Darth Maul #1 sets out in uncharted waters, as we get the first in a five issue series that looks to explore the character’s perspective before the events of The Phantom Menace. 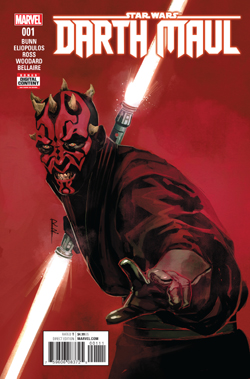 Maul’s got a problem: he’s all pent up with the Dark Side of the Force. He wants revenge on the Jedi, but Lord Sidious is still fussing with his political machinations and not yet set to let his apprentice of the leash. While on a mission to protect his master’s interests, Maul uncovers information that might see his revenge enacted sooner than expected. As a first outing, this issue does little to add new depth to the character, simply showing our Sith protagonist as consumed by hatred and restlessness. The art—with its rich colours by Nolan Woodard—impose a sinister impression, as if the Dark Side was encroaching over every panel.

Fans of Star Wars will be hoping to see this series shed more light on a character whose backstory continues to dwell in the shadows. -Keli 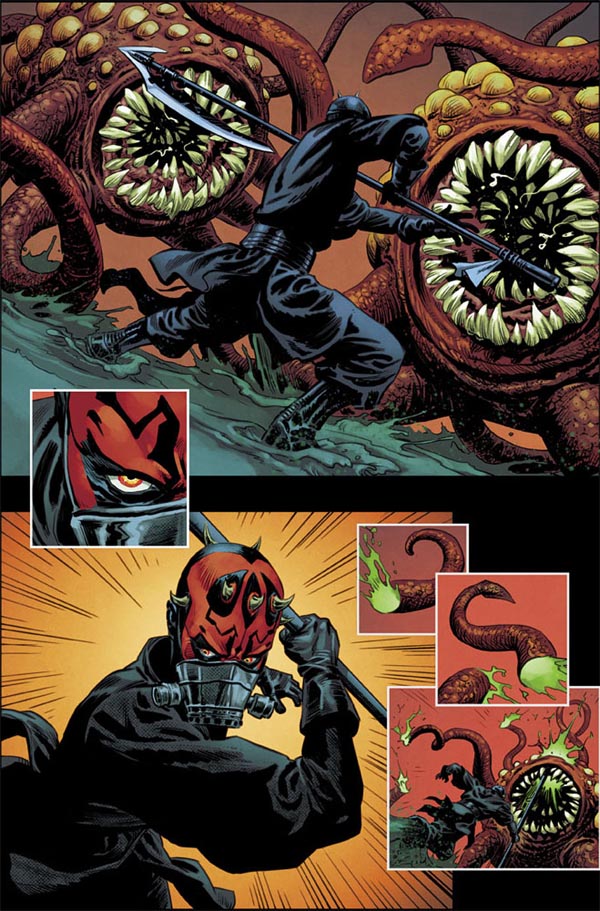